Home Crypto 8 Things You Should Know About the Crypto Market 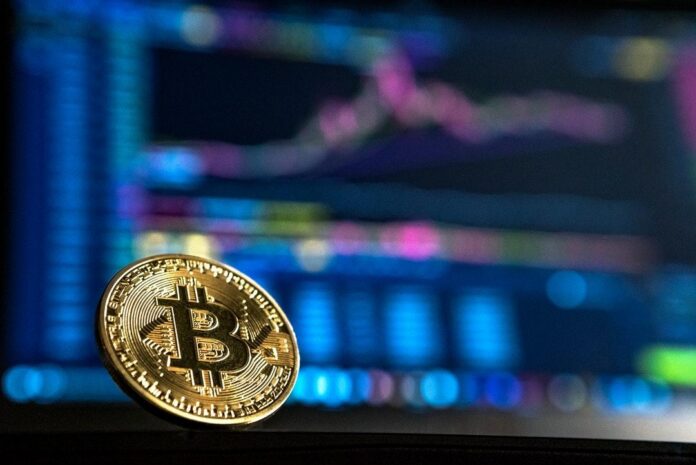 The crypto market continues to grow and there’s never been a better time to buy Bitcoin and take advantage of blockchain technology.

But with so many options in the crypto market, where do you get started and what should you be spending your money on? You must always make your own investment decisions and consult your financial advisor first.

In this detailed guide, we’ll bring you up to date with the most important things you should know about the crypto market. This will help guide you in your investment decisions.

Here’s what to know:

You’ll often hear the terms ‘Bitcoin’ and ‘Crypto’ being used interchangeably. But you should understand that crypto refers to all ‘altcoins’ which are digital currencies apart from Bitcoin.

Crypto is managed by an organization. For example, Ether is managed by the Ethereum Network which is partnered with the World Economic Forum. Likewise, Bitcoin Cash — not to be confused with Bitcoin — is managed by a company.

Bitcoin isn’t managed by any organization and we’ll discuss this in more detail in the next section. The fact that cryptocurrencies are managed by organizations has been a source of controversy.

Because crypto is managed by an organization, it means that you, the owner, aren’t 100% in control of your Ether, Bitcoin Cash, Litecoin, Dogecoin, and so on.

This means that though the current fixed supply of Ether is 21 million tokens, it can always increase or decrease. It means that the organization can control your supply including confiscating it.

This is what has led many investors to turn away from crypto altogether. It’s also one of the reasons why crypto has received much criticism following the controversy surrounding FTX.

Now let’s look into Bitcoin and why it’s different from crypto.

You’ve likely heard the phrase “Bitcoin fixes this” from each and every Bitcoiner around you. But you have probably never heard “Ethereum fixes this” or “Marscoin is the solution.”

This is because Bitcoin meets many needs that crypto hasn’t. Before we get into these changes, we have to understand why Bitcoin came about in the first place.

According to the original whitepaper written by Bitcoin’s creator Satoshi Nakamoto, Bitcoin grew out of the 2008 financial crisis.

Satoshi wanted to create an electronic currency that would fight against the fiat system. It was this very fiat system that led to events such as the 2008 financial crisis.

So what is fiat and why is Bitcoin different from fiat? In simple terms, fiat refers to the currency introduced by your country’s central bank. Your Dollars, Euros, Pounds, Nairas, Pesos, Cordobas, Dinars, Rupees, Rubles, Krona, and even the beloved Swiss Franc are all fiat.

Like crypto, fiat currencies are controlled by the central bank. They can get printed without any laws restraining them. This causes the currency to lose its value through inflation.

But Bitcoin only has a supply of 21 million tokens. It’s impossible to create more than these 21 million Bitcoins. Best of all, no one, not even Satoshi, can make changes to Bitcoin. It’s money for everyone because it can’t get manipulated by anyone.

3. Bitcoin ATMs Are On the Rise

Take a walk around your city, town, or even village and you might come across a Bitcoin ATM. As Bitcoin becomes more popular, there are now easier ways for the average person to buy, sell, and transact with it.

Hardware wallets are still the best way to protect your Bitcoin. But for beginners and for everyday transactions, you can’t beat a Bitcoin ATM. We can only expect more Bitcoin ATMs to pop up all over the world.

As a result, you want to keep track of the Bitcoin ATMs in your locale and learn how to use them. Most Bitcoin ATMs are simple to use and offer the greatest convenience to buy Bitcoin.

Here’s an example of how a Bitcoin ATM will work to buy Bitcoin:

This simple process will make it easier for more people to buy Bitcoin and transact with it. Bitcoin ATMs will likely also play a crucial part in helping laymen understand the striking differences between Bitcoin and crypto.

You can follow this link to find out if there are any Bitcoin ATMs in your city and to learn how they work.

4. The Crypto Market Is Under Scrutiny

As mentioned earlier, the controversy surrounding FTX will be a watershed moment for the crypto market. It means that governments will crack down on crypto exchanges and anyone who operates with crypto.

Unfortunately, governments don’t differentiate between Bitcoin and crypto as you now know how to.

This means that you’ll have to be a bit wiser when dealing with Bitcoin. You want to take advantage of the monetary revolution that is Bitcoin. But you also want to always remain compliant with your jurisdiction’s laws.

If you own and/or transact with Bitcoin then you might have to pay tax on it. You might have to report every transaction. There might be limits that you can work with and some practices that might be prohibited.

As a result, make sure you speak to your lawyer and accountant about how to conduct transactions with Bitcoin while remaining compliant at all times.

We can only expect more countries to offer intense and intrusive scrutiny toward Bitcoin and crypto. This will mean that you’ll have to be more transparent with your transactions. There’ll be less privacy when it comes to using Bitcoin and crypto in many jurisdictions.

If you need to use Bitcoin for your business transactions, you can expect issues in such jurisdictions. One can expect many entrepreneurs to relocate their business to a jurisdiction that’s more favorable toward Bitcoin. 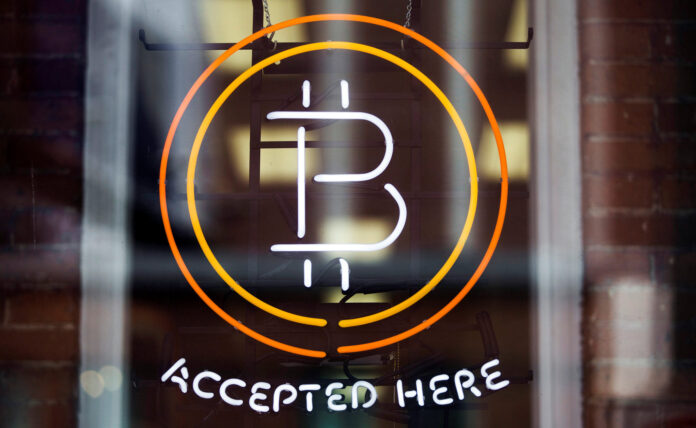 For example, the twin-island nation of Saint Kitts and Nevis is considering adopting Bitcoin Cash as legal tender.

But the biggest news is the number of countries that have adopted Bitcoin as legal tender. El Salvador was the first country to make Bitcoin into a legal tender in 2023.

The Central African Republic has spoken about doing the same. Amidst the current conflict between Russia and Ukraine, the former country has discussed making large transactions using Bitcoin.

Bitcoin is a de-facto legal tender in regions as varied as Venezuela, Iran, Nigeria, and Palestine. In these regions, the fiat currency has weakened or isn’t available to all persons, as in the case of Palestine.

As a result, all hope is not lost if you wish to invest or even switch completely to a Bitcoin standard. There are already cases of persons and even families solely living off Bitcoin. We can expect this to become commonplace in some jurisdictions and entirely illegal in others.

As the crypto market grows more central banks are discussing or have already introduced their own digital currency.

These are known as Central Bank Digital Currencies or CBDCs. At first glance, they might seem like an alternative or even preferable version of Bitcoin or crypto.

After all, why bother with buying and learning how to use Bitcoin when you can use the digital version of your fiat currency?

The reason is that these CBDCs are different from Bitcoin because, once again, they are controlled. In this case, the central bank can control the supply of digital fiat currency.

But this is something that already happens with our cash. The major threat of CBDCs is the intrusion on our privacy. CBDCs are tied to a Digital ID that all citizens must have.

This allows the government to track citizens and their behavior. Governments can then decide to tax, freeze, or even erase your money if you behave in a way they don’t like. CBDCs can also have expiration dates so you can’t save money with them.

CBDC transactions can also get blocked. Just as your credit card provider might forbid you from spending in particular areas or buying particular products and services, this will also happen with CBDCs.

As a result, a CBDC is like a crypto. It’s a currency that has a use but doesn’t allow freedom. Bitcoin allows control and so it fights against the tyranny of CBDCs.

CBDCs already exist in China and are being introduced in Nigeria, India, and a few Western countries. Bitcoin will become more popular to fight against CBDCs while crypto will get seen with greater skepticism.

7. Paying Wages In Bitcoin and Crypto 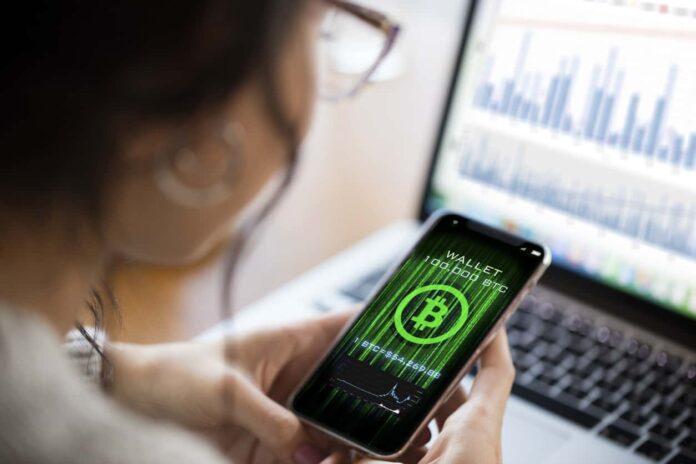 One of the most important trends in the crypto market is that we can expect more employees and contractors to request payment in Bitcoin and/or crypto.

As a result, you might need to accumulate Bitcoin and/or crypto if you want to work with employees or contractors. If you don’t, you might lose out on hiring some of the best talents.

You might have to set up separate wallets where you store your wages to pay your workers. An alternative is to use a service where you send your wages in fiat and your workers can convert it to Bitcoin or crypto.

Continuing with the previous point, we can expect some jurisdictions to favor payments in Bitcoin and/or crypto. Others will try to heavily tax workers who earn in such digital currencies.

8. More Influencers for Bitcoin and Crypto

The final trend in the Bitcoin and crypto market you should know about is the growth of influencers. Some are to be admired and some are to be wary of.

You’ll have to use your sense of discernment to distinguish between good influencers and bad influencers.

For example, part of the reason why FTX took off was not only because of the charisma, charm, and fantastic hairstyle of its founder Sam Bankman-Fried but from the throngs of celebrities and influencers who endorsed the company.

These celebrities and influencers, knowingly or in their ignorance, have endorsed an exchange that stole large sums of money from their customers.

But there have also been influencers who have promoted Bitcoin and have helped “orange-pill” larger populations.

These include a cast of characters as varied as Gigi who has written books and articles about Bitcoin to His Royal Highness Prince Filip of Serbia who gives speeches about Bitcoin!

We’ll see more influencers to discuss both Bitcoin and crypto. The former will have more discerning individuals who can make an intellectual and moral case for Bitcoin. For crypto, you want to look closely before you decide to take their words seriously.

As crypto falls in the closer realm toward CBDCs, we might see many prominent figures promoting it. Those who promote Bitcoin might be hounded by the media establishment.

Bitcoin, for instance, gets criticized for being harmful to the environment. As a result, few prominent figures will feel comfortable endorsing it. But as Ethereum gets promoted as more altruistic, you can expect to see the most famous people in your society promoting it.

The Future of Bitcoin and Crypto

Now you know the current and future trends for Bitcoin and the crypto market. Use this guide to help you when you make your investment decisions.

Make sure you always understand the difference between Bitcoin and Crypto. You’ll see greater demands to allow Bitcoin as well as many to criminalize it. Your workers might demand their wages to get paid in Bitcoin or crypto.

You’ll see more influencers promoting both types of virtual currencies. Understand the key differences to know how they’ll get received by society and the establishment.

You can find more financial articles on our website.