Nature has given quite new surprises in 2022 with new species spotted across the world. According to teh report published in State of the World’s Plants and Fungi 2022”, “Every year, as scientists explore the world’s ecosystems, search herbaria and fungaria, sequence organisms’ DNA and, increasingly, browse social media, they come across species of plants and fungi that have not been scientifically described,” New species identified that includes snakes, frogs, insects, and even new primate species. Here is the list of animal and plant species discovered in 2022,

Species Discovered In The Year 2022

Tiny Lilliputian Frog measuring around 10 millimetres (0.4 inches) which is is approximately the size of the aspirin tablet is the new frog species located in the tunnels beneath the moss and humus in a cloud forest in the Zongo Valley near La Paz, Bolivia. The Zongo valley identified a few more species that includes several orchid and butterfly species that were supposed to be extinct. 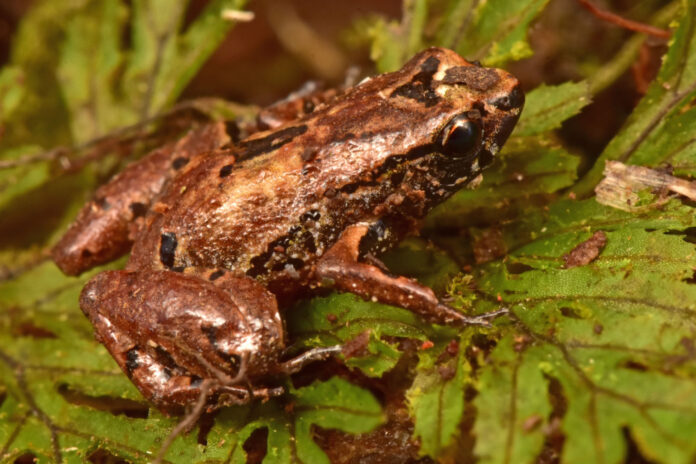 The new primate species named as popa langur is the new faecal samples from wild animals collected in the forests of Myanmar. Currently, around 200 to 260 Popa langur individuals are known to exist and most of them exist in the forest areas of Myanmar.

Also Read: 10 Types Of Flowers That Start With P 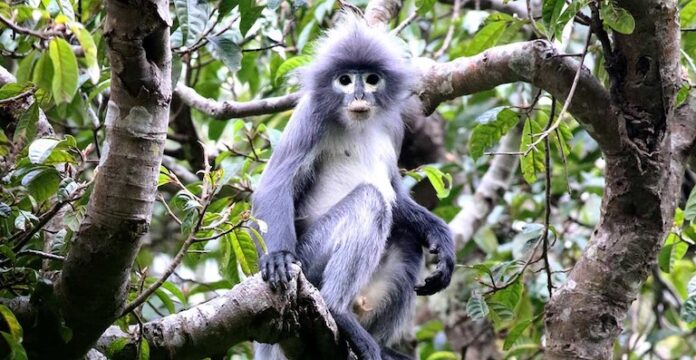 Salazar’s pit viper is the new Indian pit viper species that was named after a harry potter character. It was seen in the Himalayas and named as rimeresurus Salazar, or the Salazar’s pit viper which was named after Salazar Slytherin, a character from J.K. Rowling’s Harry Potter series. The snake is nocturnal and known to have a unique reddish-to-orange stripe on the head. Snake species was discovered in the northeasternmost state of India.

Bicol Hollow-Dwelling Forest Gecko is the new gecko species identified in the southeastern tip of the Philippines. The species has a unique inverted “Y” shaped markings along its entire tail and have golden yellow eyes. This is the new gecko species which is the 10th species from the genus Pseudogekko and all of them found only in the Philippines.

Madagascar giant frog species can reach upto 10 centimetres (4 inches) and by the genetic analysis, it has been found that the science has not known this frog species. The species is very familiar to the local people in the area and frog legs are on the menu in many Madagascan towns. Currently, there are 362 recognized species of frogs in Madagascar.

New wasp species has been identified in the Andean cloud forests and Amazon rainforest of Brazil. All 15 species belong to the genus Acrotaphus and all parasitize spiders in a unique way.

A total of 19 species of tree-dwelling orchids were found on the richly biodiverse island of New Guinea. According to the orchid specialist from the Royal Botanical Gardens, Kew, 3 of tota 19 species are in the Dendrobium genus, known for its beautiful flowers and the rest 16 species belongs to the genus Bulbophyllum that are known to have fly-pollinated and thus have flowers that appear to be hairy like a mammal.

The new shiny salamander which is 50 years old since it was first identified is considered as the new species using next-generation DNA sequencing technology. It is named as Carolina sandhills salamander (Eurycea arenicola) which is mostly seen in the springs and small streams in the sandhills region of the U.S. state of North Carolina.

A new and greeny shrub species scientifically known as Tiganophyton karasense is seen in the southern desert of Namibia. The DNA analysis revealed that it is quite different to be considered in the different family. It has scaly leaves and can survive in the high as 36° Celsius (96° Fahrenheit).

A new scorpion species found in the region of Sri Lanka named as Heterometrus yaleensis, or the Yala giant scorpion. The male species can grow upto 75 mm (3 in) and female ones can grow upto a length of 103 mm (4 in). The species were only seen in the Indian Ocean island of Sri Lanka.