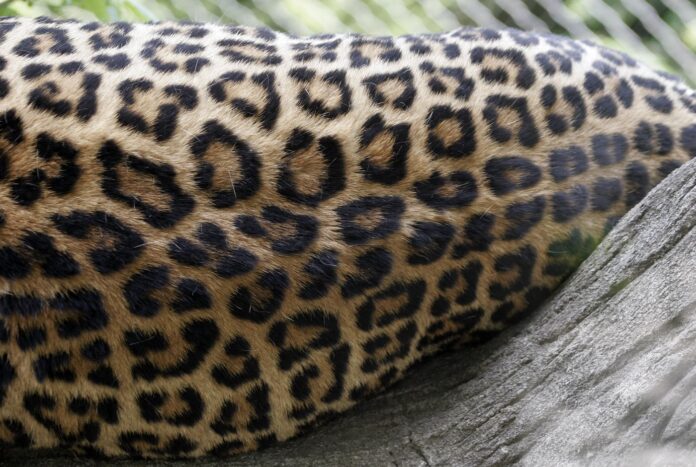 The animal kingdom is amazingly beautiful and mysterious. All different animal species comes with different strips, bands, colors and even Spots. Spots are the most beautiful thing you will notice in different animal species that has several advantages like they repel insects, camouflage or optical illusion and even confused predators. The spots are also helpful in reducing body temperature and even helpful in recognizing each other. Here is the list of beautiful animals with spots across planer Earth,

Cheetah is the fastest land animal in the world that can run with a speed of 80 to 130 km/h because its build is for speed with long thin legs and a long tail. Talking about the appearance, the fur is yellowish tan in colour and covered in solid black spots. It is one of the most beautiful animals with spots that has approximately 2,000 to 3,000 spots and helps in camouflaging in the wild. It is mostly seen in the regions of African and Asian continents where it thrives in dry open grasslands of Sub-Saharan Africa with the majority of them living in natural reserves or parks. Cheetahs are carnivores that love to eat meat for survival and they primarily prey on smaller antelopes including springbok, steenbok, Thomson’s gazelle, impalas, and duiker.

Leopard is one of the strongest and best animals in the wild and also known as the strongest of all the big cats. They can climb trees and carry heavy prey and loves to rest on the branches of the trees. It can run with a speed of 58km/h and can leap 6m horizontally and 3m vertically. It is solitary animals that have large territories and mark their ranges with the help of urine and leave claw marks on trees. During the leopard gestation period, it tends to have two or three cubs where cubs suckle for around 3 months and kept hidden for the first 8 weeks to protect them from predators. It is one of the animals with dark spots known as rosettes that look beautiful animal patterns against their otherwise light fur. Black leopards are rare with dark fur which is difficult to see the spots.

Jaguar is the largest wild cat in the Americas and the coat with spots used to provide excellent camouflage. It is mostly seen in the jungle and scrubland to reed thickets and shoreline forests. Leopards and jaguars are only two big cats that do not roar and very little is known about the family life of the jaguar in the wild and more study needs to be done on natural habitats. The male species is a solitary animal until the breeding season and the female rears the young on her own. These are excellent swimmers and loves to be in the water. The species are endangered because of loss of habitat and over-hunting for its fur.

The giraffe is the tallest and biggest mammal in the world that comes with long legs and necks that help them to eat leaves at the top of tall trees that other animals cannot reach. As of now, 4 species of giraffes are known such as Northern giraffe, Southern giraffe, Masai giraffe and reticulated giraffe. The legs of the species are even taller than humans that come with a spotted coat with no two giraffes has same two kinds of pattern. It is approximately 16 to 20 ft tall and the long neck is approximately six foot in length. The animal species is mostly seen in open plains, grasslands, and savannas of Africa. It loves to eat leaves, shoots, and fruits of tall bushes and trees.

Corn snakes are also known as the red rat snake is one of the several species of beautiful snakes mostly seen in the United States. It is a nonvenomous snake that can feed on a variety of preys that they will overcome by constriction. It is one of the snakes or animals with spots that belong to the genus name Elaphe is derived from the Latin word leaps which means snake. It is nocturnal and hides during the day with loose tree bark, in animal burrows and even in old abandoned buildings. The main predators of the corn snakes is foxes, opossums, skunks, bobcats, weasels, and hawks. It is most active from March to November and mostly seen in the summer months when it crosses roads at night.

Dalmatians are one of the dog breeds that come with beautiful spots. The Dalmatian puppies dont have spots and they will start to develop around 2 to 3 weeks old. The unique spots where no two dalmatians have the same pattern or number of spots and quite popular for their piebald pattern. The spots are mostly seen on a white coat but there are instances where it can be brindle, blue, orange, or lemon. The spots cover the whole body even the mouth. The dog species come with few nicknames such as the Firehouse Dog, the English Coach Dog, the Spotted Coach Dog and the Carriage Dog. The origin of the species is unknown and it is belived that Dals travelled with Romani people, who are historically nomadic.

Spotted Hyena is scientifically known as Crocuta crocuta that belongs to the family Hyaenidae. As of now, there are three species of Hynes known namely, the spotted, brown and striped hyena where the spotted hyena is the largest and most commonly seen in the wild. It is mostly seen in the savannahs, grasslands, woodlands and forest edges across sub-Saharan Africa. It can grow upto 2m long with a bushy tail measuring 25-30cm long and females ones are larger than males. Talking about the appearance, it has a ginger-coloured coat with black markings on its body and hence listed as one of the animals with spots in the wild. The species often hunt in groups and feeds on wildebeest, antelope, zebras and young hippos.

Spotted Deers knew as Chital is the most common and beautiful deer species in Indian forests. The avarage lifespan of the species is 20 to 30 years in the wild that can grow upto 35 inches tall and weighs about 187 pounds. Talking about the appearance, it has a golden-Rufus coloring that comes with beautiful white animal spots scattered over the body. It is mostly seen in the herds of 10 to 50 individuals with one or two males and a number of females and young. It loves to feed on grasses and vegetation but will also ingest its shed antlers as a source of nutrients.

Appaloosa is a beautiful spotted horse species that is originated in America. It has a beautiful colourful spotted pattern on the whole body and it is a result of many genetic spotting patterns that have been overlaid on top of each other. It belongs to the family Equidae that can grow upto 14.2 to 16 hands and weighs approximately 1000 to 1100 pounds. It loves to feed on grasses, hay and commercial Feeds. The avarage lifespan of the species is about 30 years. Appaloosa’s spotted patterns are known as the leopard-complex as they can carry at least one allele of the dominant leopard-complex gene.

Holstein Friesian Cow is also known as Holsteins in North America and known as Friesians is often used in the UK originated in the Dutch provinces of North Holland and Friesland, and Schleswig-Holstein in Northern Germany. This is also known as the highest-production dairy animals in the world and can be seen in more than 150 countries. The black and white dairy cows known for their spots where no two cows have exactly the same pattern of animal with spots and there is research that shows is a result of recessive genetics. The historical development of the breed occurred about 2000 years ago in the Netherlands. It is two northern provinces of North Holland and Friesland which lay on either side of the Zuider Zee.