Home Space 10 Most Beautiful And Amazing Galaxies In The Universe 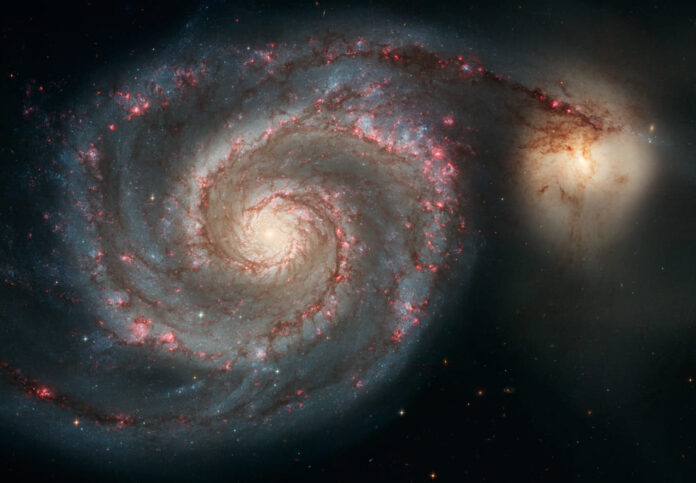 The word galaxy comes from the Greek word “Milky”.It is belived that the mass of the galaxy is made up of a mysterious substance known as dark matter and also it is thought that the massive black hole exists at the centre of the galaxies. The closest galaxy to the Milkyway is Andromeda which is approximately 2.6 million light-years from our galaxy. There are numerous galaxies that are approximately 100,000 light-years across the distance. It will take approximately two hundred million years for the sun to orbit the centre of the galaxy and this is known as galactic year. Here is the list of the top 10 amazing galaxies in space,

The Whirlpool Galaxy is designated as M51, M51A, or NGC 5194 and it has a spiral shape with a diameter of approximately 60,000 lightyears. The mass of the galaxy is 160 billion solar masses and it was discovered in the year 1773 by Charles Messier in the search of comets. The spiral nature of the galaxy has been discovered by Willian Parsons who is an astronomer working at Birr Castle. It is belived that the galaxy has approximately 100 billion stars and has the remnants of the dwarf galaxy neighbour. The two galaxies are merging together at a slow pace and it has increased the rate of star production in the centre of the galaxy.

Also Read: A Look At 4 Successful Missions To Saturn

The Black Eye Galaxy is also known as Black Eye Galaxy or Evil Eye Galaxy or Sleeping Beauty Galaxy is a spiral galaxy that was discovered and described by Edward Pigott in 1779, Johann Elert Bode in 1779 and Charles Messier in 1780. It belongs to the constellation Coma Berenices and has approximately 100 billion stars. The distance from Earth is about 17 million light-years as per NASA with a diameter of approximately 51,000 light-years. The total mass of the galaxy is 400 million M☉ where M☉ means solar mass that is, the mass of our Sun. It can be easily spotted with the help of small telescopes and hence it is popular among amateur astronomers equipped with low-end telescopes.

Galaxy NGC 1512 is a barred spiral galaxy that belongs to the constellation Horologium and it is approximately 38 million light-years from planet Earth. It is larger than the Milky Way galaxy and it can be easily identified with or viewed using amateur telescopes. The galaxy comes with an amazing double-ring structure and one of the rings can be seen around the galactic nucleus and the other one is in the main disk. It has an approxmate radius of 35,000 light-years ad hosts an extended UV disc with at least 200 clusters with recent star formation activity.

The 2MASX J00482185-2507365 Occulting Pair is an overlapping spiral galaxy that is seen in the vicinity of NGC 253, the Sculptor Galaxy. Both pair of the galaxy is at a distance of NGC 253 with background galaxy, 2MASX J00482185−2507365 (PGC 198197) with an approximate distance of 800 million light-years from Earth. It illuminates because of the distribution of the galactic dust beyond the visible arms of a spiral galaxy. The galaxy is clearly visible from the Hubble Space Telescope (HST) images against the centre because the dusty arms are 6 times larger than the radii of the starry arms of the galaxy.

Hoag’s Object is a ring galaxy and it is discovered in 1950 by Arthur Allen Hoag. It has been described as a planetary nebula or an unusual galaxy and has approximately eight billion stars. The galaxy is 600 million light-years away in the constellation Serpens and it has a perfect ring structure with young hot blue stars circles the older yellow nucleus of this ring galaxy. A dark gap can be seen in the middle of the outside ring and the centre of the galaxy.

Messier 81 is also known as NGC 3031 or Bode’s Galaxy is a spiral galaxy that comes in the constellation Ursa Major. It is located at a distance of 12 million light-years from Earth and has an active galactic nucleus along with a supermassive black hole. One of the amazing galaxies has been discovered by Johann Elert Bode in 1774 and hence it is sometimes known as “Bode’s Galaxy”.The galaxy is dusty and it can be easily seen in the galaxy’s spiral arms. The star formation areas are connected and the hot dust emits infrared energy from these areas.

Supernova 1987A also known as SN 1987A is a dwarf satellite galaxy of the Milky Way. It is one of the most beautiful galaxies in space and located approximately 168,000 light-years from Earth. It is the closest observed supernova followed by Kepler’s Supernova. The supernova was discovered in the year February 23, 1987, and hence labelled as 1987A. This is the first supernova that was studied in detail by the astronomers and its observations have provided much insight into core-collapse supernovae. The galaxy can also be seen from the naked eyes from the Southern Hemisphere.

Galaxy NGC 3370 also known as UGC 5887 or Silverado Galaxy is one of the most amazing galaxies which is spiral in shape and located approximately 98 million light-years away in the constellation Leo. The galaxy has approximately the same diameter as the Milky Way of 100,000 light-years. The total mass of the galaxy is 1011 solar masses with an intricate spiral arm structure surrounding a poorly defined nucleus. This is also considered as one of the most beautiful galaxies and the amazing images has been captured by the Hubble Space Telescope by using the advanced camera for surveys.

NGC 1232 is one of the most amazing galaxies which is spiral in shape and located at approximately 60 million light-years away[2] in the constellation Eridanus. One of the most beautiful galaxies has been discovered by German-British astronomer William Herschel on 20 October 1784. The galaxy has millions of bright stars and dark dust in the form of spiral shape and has bright blue stars are sprinkled along these spiral arms. It is situated in between the Andromeda Galaxy and our home galaxy, the Milky Way at a distance of 200,000 light-years. This is also a part of the Eridanus cluster of galaxies, along with NGC 1300.

These are the amazing galaxies that are known to humans and exist in the Universe. Kindly share and post your comments. 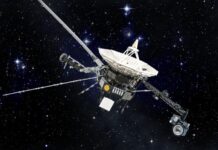 A Look At 4 Successful Missions To Saturn