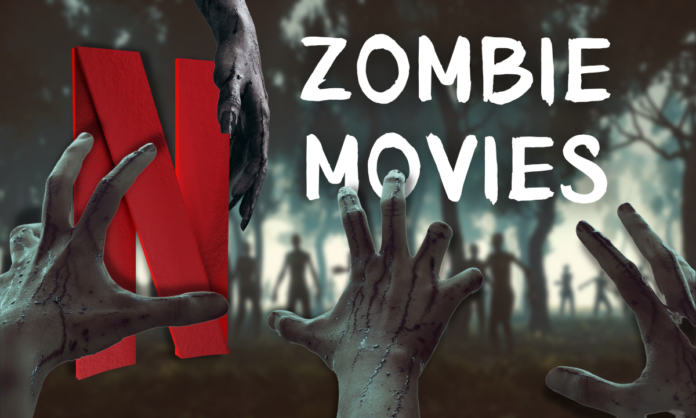 It’s that time of year again – Halloween is just around the corner! And what better way to get into the spooky spirit than by binge-watching zombie movies on Netflix? In this article, we’ll be counting down our top picks for the best zombie movies you can stream on Netflix right now.

1. Shaun of the Dead

If you’re looking for a good zombie movie, you can’t go wrong with Shaun of the Dead. This 2004 cult classic follows the story of Shaun, a man who is trying to get his life together after his girlfriend dumps him. When the apocalypse strikes, Shaun must put his slacker ways aside and do whatever it takes to survive.

With its mix of comedy and horror, Shaun of the Dead is a must-watch for any fan of the genre. Plus, it’s got an amazing soundtrack that will keep you hooked from start to finish.

28 Days Later is a classic 2002 zombie movie that is sure to send chills down your spine. The movie starts with a group of infected people who have been infected with a virus that turns them into zombies. They are then released into the world and begin to spread the infection.

As the infection spreads, more and more people become infected. The movie follows a group of survivors as they try to escape the infected city. Although it is not the first zombie movie, 28 Days Later is considered to be one of the best. It is well-made and suspenseful, and it will definitely leave you feeling scared.

Zombieland is a 2009 American zombie horror comedy film directed by Ruben Fleischer and written by Rhett Reese and Paul Wernick. The film stars Woody Harrelson, Jesse Eisenberg, Emma Stone, and Abigail Breslin as a group of survivors who attempt to travel across America in order to find a safe haven from zombies.

Zombieland was well-received by critics and became a box office success, grossing $102.4 million against its $23.6 million budget. The film’s humor and action sequences were praised by many reviewers.

If you’re looking for a good movie to watch on Netflix, Zombieland is definitely worth checking out.

The Dawn of the Dead is one of the 2004 best zombie movies on Netflix. The movie takes place in a shopping mall and follows a group of people who are trying to survive the apocalypse. The movie is full of action and suspense, and it is sure to keep you on the edge of your seat.

The Dawn of the Dead is a classic zombie movie, and it is sure to please fans of the genre. If you are looking for a good movie to watch on Netflix, this is one that you won’t want to miss.

Train to Busan is a 2016 South Korean movie that is available on Netflix. This Korean movie is not only a great zombie flick, but it’s also a great thriller. The story follows a group of passengers who are trying to escape from a zombie-infested South Korea. The movie is full of suspense and gore, and it’s sure to keep you on the edge of your seat.

If you’re looking for a suspenseful zombie film, look no further than the Resident Evil franchise. The first movie in the series was released in 2002 and starred Milla Jovovich as Alice, a member of an elite team of soldiers who are sent into a secret underground facility to investigate a deadly virus that has been unleashed. The franchise has since spawned five sequels, with the most recent one being released in 2016.

The Resident Evil movies are some of the most action-packed and thrilling movies out there, and they’re definitely worth a watch if you’re a fan of the genre.

7. The Night Eats the World

If you’re a fan of zombie movies, then you’ll definitely want to check out The Night Eats the World. This film is set in Paris and follows a man who wakes up to find that the city has been overrun by zombies. With no one left to turn to, he must do whatever it takes to survive. The Night Eats the World is a great addition to any zombie movie collection and is sure to keep you on the edge of your seat. So if you’re looking for a good scare, be sure to check out this film!

There are a lot of great zombie movies out there, but Peninsula takes the cake as one of the best of the bunch. This Korean thriller is set in the near future, where a virus has turned most of the population into zombies. A small group of survivors must make their way across the country to the titular peninsula in order to escape the hordes of undead.

Peninsula is full of intense action and suspense, and it also features some truly remarkable special effects. The infected in this movie are incredibly realistic, and they will send chills down your spine. If you’re looking for a great movie to watch, then Peninsula is definitely the one for you.

Here are some other honorable mentions available on Netflix:

Watching a zombie movie on Netflix is a great way to spend your time. With so many great options available, you’re sure to find something that you’ll love. So, whether you’re looking for a classic horror movie or something new and exciting this list sums it all up. 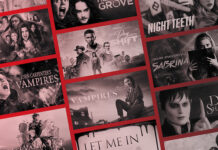