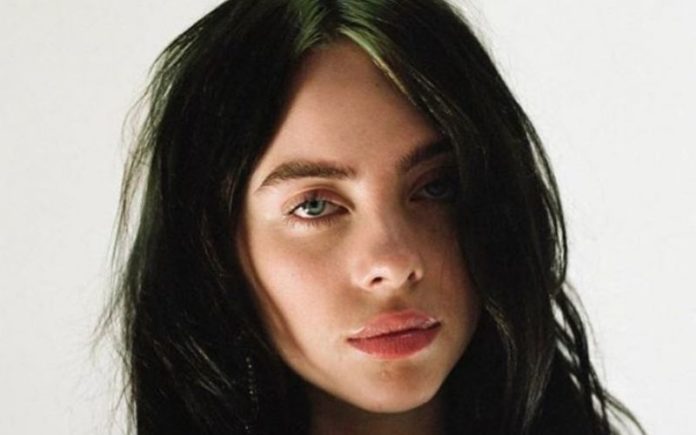 Being one of the highest-paid singers in the world, Billie earned more than any other singer at that young age. She is literally the dream of every young artist. Release your first song, get viral on SoundCloud, get signed by Interscope, release more music, and bag 7 Grammy Awards in two years. That’s true, Billie is the youngest and only female artist to have won a Grammy in all the general categories in one night.

What is Billie Eilish’s Current Net Worth?

Unless you’re living under a rock you know who Billie Eilish is. As per Celebrity Net Worth, Billie has an estimated net worth of $30 million, which she amassed in just three years, is the undisputed queen of pop now. Well at least among the newcomers. The singer is making money from all corners: from selling albums, records, concert tickets to brand advertising, and even biographical documentaries.

Her single “Bored” was used as the soundtrack of the Netflix special 13 Reasons Why. In the same year, her debut EP Don’t Smile at Me peaked at number 14 on the Billboard 200.

2019 brought the debut album from Billie Eilish When We Sleep, Where Do We Go? The instantaneous success that the album got, made the singer the first singer born in the 21st century to have charted at the first position of Billboard 200. She also made the record for being the youngest female artist in the UK to have a number 1 album.

In terms of sales, Forbes reported, as of 2019, the album had 3.9 million copies sold worldwide. As a result, Billie Eilish was included in the Forbes 30 Under 30 chart the same year.

Spotify and Apple Music also played a crucial role behind her success, especially Apple. Spotify placed her album on the “Today’s Top Hits”, while Apple groomed her from the beginning of Billie’s career. The musical prodigy was a part of Platoon, the tech giant’s subsidiary to promote unsigned artists.

The fifth single of the album “Bad Guy” is the most significant of Billie’s singles so far. It went on to peak at number 1 on Billboard Hot 100 and remained there for a long time. The Grammy-winning Song of the Year has garnered more than a billion views on YouTube.

The unconventional singer has been particularly choosy for brand deals, as a result, the only brands you’ll see her advertising are top-notch. Chanel, Adobe Creative Cloud, and Calvin Klein are just a few names in her bag.

Billie’s When We All Fall Asleep tour raked in a mindblowing $18 million in revenue. The tour was hosted on three different continents and had a massive response from all parts of the world. The next tour Where Do We Go had to be cut short for Covid. It had already sold more than 500,000 tickets and was being speculated to be another big win for Billie.

Growing up in a family among musicians, Billie’s inclined towards music from a very young age. Her father was a multiinstrumentalist, her brother Finneas O’Connell became successful after producing Billie’s music. The 2001-born musician has already achieved what even seasoned singers dream. Billie lives with her family home in the Highland Park neighborhood of Los Angeles.

How much Billie made from her Documentary?

In 2019, Apple TV+ bought the exclusive rights to the documentary “Billie Eilish: The World’s a Little Blurry”. The price was $25 million, which nearly increased Billie’s net worth overnight. This cash flow totaled her earnings of that year to be $53 million as per Forbes.

Billie is known for her strong opinion and that’s what people most like about, apart from her solid music sense.

“I go through a lot of depression, and I know other people do, too, but I have an outlet that so many people don’t. If you have that inside of you and can’t get it out, what do you do?” – Billie Eilish

“I’m pretty sure I don’t have any songs that are about how much I love someone. They’re all either about, like, ‘I hate you,’ or ‘You make me hate me.'” – Billie Eilish

“Words are more powerful than some noises. Noises won’t last long. Lyrics are so important, and people don’t realise that.” – Billie Eilish

“I’m gonna make what I want to make, and other people are gonna like what they’re gonna like. It doesn’t really matter.” – Billie Eilish

“If I’m in a bad mood, or if I’m uncomfortable, it’s probably what I’m wearing that’s making me feel that way.” – Billie Eilish

“People think you have to go through something to write about it, and you absolutely do not. You can write about, like, a shoe. It’s a story.” – Billie Eilish

“When I do have free time, I spend it with friends, or I spend it at home writing or making something.” – Billie Eilish

“Sexism is everywhere, bro. I don’t know if it’s ever not somewhere.” – Billie Eilish

“It’s really fun to put yourself into a character – into shoes you wouldn’t normally be in.” – Billie Eilish