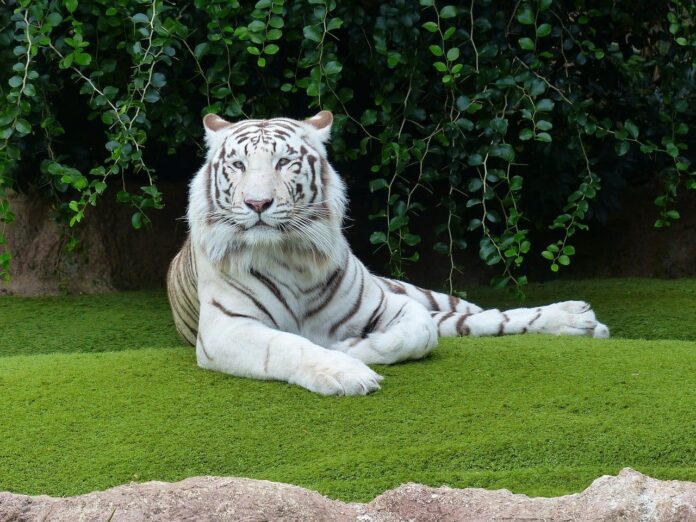 Black and white animals look very beautiful and there are numerous animals in the wild. There are approximately 7.77 million animal species across the globe. The animal kingdom is diverse and there are many incredible things about our animal’s counterparts that are unknown to humans, Let me list down some of the black and white animals in the world,

Pandas is the most famous black and white animal that belong to the family of bears. They live in the bamboo forest of China but the sad part is that they are on the brink of extinction because of loss of natural habitat and poaching. The animal species is a symbol of peace in China and it is also a symbol of the World Wide Fund for Nature (WWF) which is an international agency that works on the protection of endangered animals. It uses 11 different sounds to communicate and four of them are used during a mating season. The avarage lifespan of species is 20 years in the wild and 25-30 years in captivity. It is also listed as one of the calmest animals in the world.

Zebra is also one of the most famous blacks and white animals are known for its beautiful animal pattern on the whole body. It can easily be identified in the shrublands, grasslands, mountains and grasslands of Africa. As of now, three species of zebras are known namely Grevy’s, Mountain and Plain zebra. Donkeys and horses are the two closest relative of zebras but they cannot be domesticated due to their wild nature. It can grow upto 3.5-5 feet high and weighs approximately 440-990 pounds. The species can be seen in herds of thousands of animals and sometimes they also mix up with antelopes in order to protect themselves from predators. The avarage lifespan of species is 20-30 years in the wild and up to 40 years in captivity.

Raccoon is an animal species native to South and North America but they can also see in Asia and Europe. It used to thrive in wooded areas close to the water and as of now, 7 different species of raccoons are known. It can grow upto 2,5 feet in length and weigh between 12-16 pounds. Talking about the appearance, they have a black mask around their eyes along with a long tail covered with black and brown bands. The tail of a raccoon is also known as a “ringtail”.It is omnivores in nature and mostly eats insects, eggs, small mammals, fruit, berries, seed and garbage. The avarage lifespan of species is 5 years in the wild and 20 years in captivity.

Killer Whales are one of the marine black and white animals that belongs to the oceanic dolphin family. It is also known as the orca whale or the blackfish or the grampus and they can be seen in all oceans of the world from the Antarctic and Arctic to the Pacific, Atlantic and Indian oceans. It used to prefer cooler climates and considered as an apex predator that means they dont have any natural enemy. It is the fastest sea creature that can swim at 30 miles per hour and it consumes approximately 5% of its body weight each day, which equals about 500 pounds. It can grow upto 30 feet in length and can weigh up to 12,000 lbs. Killer whales are the largest dolphin species.

Dutch rabbits scientifically known as Oryctolagus cuniculus is one of the domesticated breeds of rabbits native to Holland in western Europe. It is also known as Hollander or Brabander and can be easily identified by the colour patterns and also listed as the most popular rabbit species in the world. The rabbit species can wieght around 3.5 to 5.5 pounds along with sport distinctive markings that make them unforgettable. This is the first rabbit among the first rabbit breeds recognized by the National Pet Stock Association.It is known for its easygoing, friendly and intelligent breed of rabbits.

Honeybadger is one o the black and white animals that belong to the family of weasels. The species is native to Sub-Saharan Africa, Western Asia, India and the Arabic peninsula. It loves to thrive in tropical rainforests, deserts, savannas and scrublands. It can reach upto length of 2.4 feet in length and weigh between 19 and 26 pounds. The tail is quite busy and it can grow upto 12 inches long. They have sharp teeth that can even break tortoiseshell. The animal species are active both during the day and night. The avarage lifespan of honey badger is 8 year in the wild and up to 24 years in captivity.

Black Clown Fish is one of the subspecies that comes with three white bands with a black outline and black tips around the fins. It can reach upto 11cm long and clownfish are hermaphrodites which mean they can be male and female. The fish species is omnivores which means they can eat both plants and animals. It feeds on algae, zooplankton and small crustaceans. They are mostly seen in the coral reefs off the coast of Australia and South Asia.

White Tiger is one of the rare species of cats and beautiful black and white animals. It is also referred to as a bleached tiger because of its white coat. It is a subspecies of tigers and is a result of pigmented variation of the Bengal Tiger that is seen in the Indian subcontinent. These species grow faster as compared to their orange relatives. These species can be considered fully grown when they are 2-3 years old. The strips of tigers are used as a fingerprint where no two tigers have the same pattern. The white fur is a result of a pigment called pheomelanin that occurs in natural orange tigers but they are extremely rare and occur only once in 10,000 births.

Tapir is large mammals that look similar to pigs and seen in the regions of Central and South America and Asia mostly Sumatra and Malaysia. They thrive in swamps, grasslands, forests and mountains. As of now, 4 species of the tapir is known namely Baird’s tapir, Lowland tapir, Mountain tapir and Malayan tapir. One of the beautiful black and white animals can grow upto 29-42 in height at the shoulders and wieght 500-700 pounds. Horses and rhinos are the closest relatives of tapirs. The animal’s species is one of the most important parts of ecologically because they disperse seeds with their faeces as they move from one location to another. The avarage lifespan of species is 25-30 years in the wild and over 30 years in captivity.

Storks are amazing bird species that is also known as garbage men because they can eat dead or dying animals and keep the area clean. One of the heavy birds in the world dont fly very far instead they used to glide on warm air currents called thermals. It used to make huge nests on trees or cliffs and even on roofs and it can use year after year. It can reach upto 9 feet wide and can’t sing like other bird species. It belongs to the family of birds known as Ciconiidae. As of now, 19 different species of stork and Marabou Stork is the largest species of stork and the Abdim’s stork is the smallest species of stork.

These are the 10 beautiful black and white animals in the world. Kindly share and do post your comments.