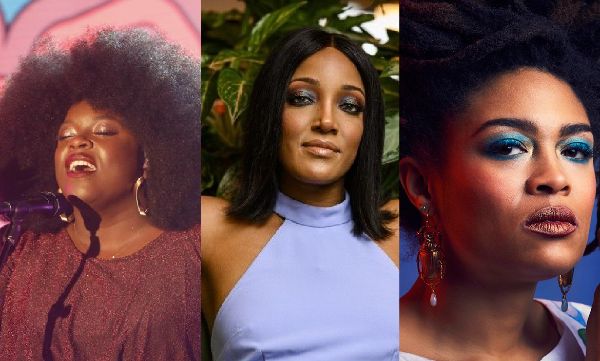 Country music is one of the most popular genres in English language music. Both Americans and UK have given the world so many talented names in the fields. Far from the city lights, the music of nature and countryside rhythms make country music a beautiful gift that it is.

Going in a bit deeper, female musicians have always been significant in this genre, especially black female country singers. They accepted it with their heart and expressed the voice of the oppressed, the less-recognized society. Black musicians gave it a new form, sometimes combining it with R&B and funk.

This article is written to venture into the world of black female country singers. Selecting only 10 prominent figures out of so many was difficult, and the order is in no way a judgment on their talent.

Country music in England is a vast field. With a massive number of listeners, it was not tough to make her presence felt. Yola’s musical sense and her talent in creating magic is unquestionable. So, when she published her first album Walk Through Fire, it wasn’t surprising that she garnered such high praises from both the UK and America. Born in Bristol, England, Yola started her career as the lead singer in a band named Phantom Limb. It was a slow start because from starting as lead band singer to releasing her first album was a gap of 6 years, but her journey was not exactly a cakewalk. Until this day, she has worked with artists such as The Chemical Brothers, Ginger Wildheart, and Iggy Azalea. Yola received her first Grammy nomination in the year 2023.

If you’re a fan of country music, chances are you have heard of Mickey Guyton. Not only is she in the industry for quite a few years now, but also she has set some records in her time. Mickey’s first album was released in 2015, Better Than You Left Me. Despite several warnings from her close circle to stick only to the raw country music vibe, she experimented with her music and it turned out to be one of the best albums of that year. Mickey’s album even got her to the top 40 Country music chart and brought a Grammy nomination for country music. Mickey is also socially active as she actively campaigns for black community rights. She also wrote the song “Black Like Me” in memory of George Floyd. Mickey Guyton is an inspiration to many and surely her music will get her to the peak of country music.

Rhiannon Giddens is a talent second to none in her field. She founded the Grammy-winning country and R&B band Carolina Chocolate Drops. As the lead singer and banjo player, it’s Rhiannon whose work people will remember for a long time. She started music in around 2005 when she was invested in a specific form of Scottish music. Since then she has crossed a long road. Rhiannon’s first album was released in the year 2015, Tomorrow is My Turn. Successful at the first release, she published another one two years later named Freedom Highway. While the first one was nominated as the best folk album in the 58th Grammy Awards, the latter got itself to Americana Music Honors & Awards. The multi-award-winning musician’s last album was There Is No Other in collaboration with the Italian musician and her partner Francesco Turrisi.

Rissi Palmer is a veteran country music artist with more than a decade of experience. She released her first single in the year 2007 named “Country Girl.” Astoundingly, she was the first African-American artist to get on the chart of country music in 20 years. Rissi’s song got the 54th position in the Billboard Hot Country Music Songs list. In her long career, her last album was in the year 2019, Revival. She expressed her concern and took a protesting stand in the album.

Country musicians remind that the quality of music and talent have seldom to do anything with popularity. For instance, Valerie June is an extremely talented and potent musician who has been in the industry for more than two decades now. But her potential remained untapped for years, being ignored by music labels, producers, her biggest concerns were to make ends meets. Thankfully after a decade of struggle, Valerie has got herself a stage. Combining the aura of folk, blues, gospel, country, Appalachian, she has created a genre of her own. She has published 5 albums including the latest The Moon and Stars: Prescriptions for Dreamers.

Saying that a whole bunch of black country music artists owe their career to Linda Martell may sound outrageous but it’s somewhat true. She is the first-ever black woman, or any woman of color in that matter, to become a commercially successful country singer. Linda was a fan of country and R&B music from her childhood. As she grew up, she formed music groups, performed solo in various places for sheer enjoyment. However, things changed when a producer discovered her and signed a contract with Linda for his Nashville label. It was 1969 when things started moving for her and released her first album Color Me Country in 1970.

Kaia Kater is a Canadian singer who has taken her own approach to country music in recent years. Her debuting EP came in the year 2012 named Old Soul. It experienced moderate success as Kaia released her first album Sorrow Bound two years later. Recognition came after another two years in 2016 when Canadian Folk Music Award presented her with the ‘Pushing the Boundaries’ award for her third album Nine Pin. Up until the second album, Kaia was a not-so-known person in the huge field. But the third album changed everything, international recognition, awards started flooding. Her tours started soon after covering countries after countries. Her last album was Grenades.

The French-Canadian singer has recently come into the limelight for her upcoming album. The Birds of Chicago founder has approached with a new take to the song “Landslide,” as she sang that in her native language, French. Obviously, it was a daring approach to touch a song that precious let alone improvise in some aspect. However, Allison has passed with flying colors and she will go on with promoting her album. She has been in the folk-country music industry for quite a long time now starting from 2012 when she and her husband JT Nero started the band. Today, they are regarded as an authority figure in the industry.

The hub of country music Nashville has produced and presented so many talented artists in the past. One of the newest addition is Brittney Spencer. A singer-songwriter and worshipper of country music, although yet to mark any significant work, with potential for great things. She has written songs like “Stay With Me,” “Thoughts and Prayers,” “Heaven’s Here.” In an interview with the Country Faith Radio, Brittney talks about her introduction to professional music and how her family helped in every way possible, especially her mother. She first came into the limelight on the cover of “Crowded Table” by The Highwomen.

Amythyst Kiah is an important name in modern country music. Recognized by Rolling Stone and several and sources, Amythyst is a combination of many talents. A powerful vocalist, a banjo player, and guitarist is shaping country music in her mold. She has recently collaborated with stars such as Allison Russel, Rhiannon Giddens, and Leyla McCalla. Amythyst’s upbringing was different, her family was isolated from both the black and the white community due to differences. That’s when music comforted her and she started walking on that path. Self-taught at first, it was a long way for her to get the first Grammy nomination in 2019.