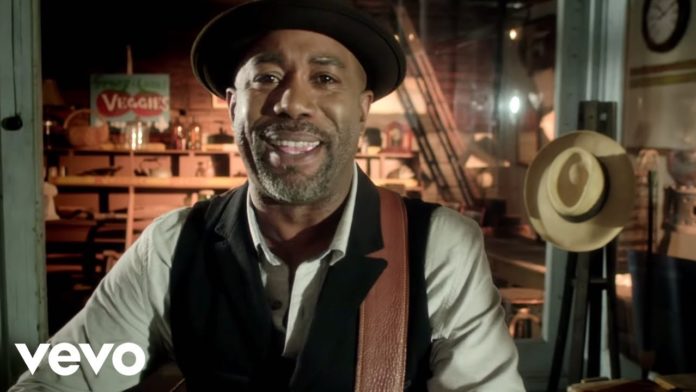 African-American artists have a profound influence on all major genres of music. Given their social status and the level of discrimination they face on a daily level, it’s commendable that their spirit is expressed through music. And music doesn’t do discrimination.

In this article, we have gathered the 10 most important male singer who has changed country music through their work. We hope you have a great time reading it and maybe some of the knowledge would be useful.

Charley Pride is a person with many sheds. Starting his life as a baseball player and later joining the military was just stepping stones for what was yet to come. Charley’s voice impressed many country singers and as per their advice, he came to Montana. This was the place where just another guy Charley became an extremely successful African-American Country singer. After Elvis Presley, he was the highest-selling musician in contract with RCA Records. Charley’s 52 singles were charted in the Billboard Hot Country Songs. His contribution to country music is so profound that the two elements have become virtually inseparable. Charley was honored with his induction into the Country Music Hall of Fame.

Cleve Francis is sort of an exception in the Country Music genre. He was a practicing cardiologist before he decided to do music. In the early ‘90s, he started using his vocal talents and found himself a record label — Playback Records. And then he moved to Liberty records having tasted some success. Here Cleve’s true journey began — he released three albums Tourist in Paradise, Walkin’, You’ve Got Me Now. Out of these, a few of his songs charted with his best performance being 47. Cleve Francis had an extremely short career, but his contribution in a field where African-American singers were a rarity had some sort of a norm-changing effect.

Darius Rucker is a huge name in Country Music. He took it to another level in terms of its accessibility to black singers and obviously popularity increased globally. Darius is a singer and songwriter, who first started his career in a rock band as the lead vocalist. However, he changed his genre and later signed a contract with Capitol Nashville as a Country singer. Since then, he never had to look back. His first album’s single “Don’t Think I Don’t Think About It” got the first position in the Hot Country Songs Chart. He became the second African-American to do it after Charley Pride. The recipient of multiple Grammy Awards, Country Music Association Award, and Academy of Country Music Awards Darius Rucker is hands down one of the most successful African-American Country Artists.

Kane Brown has many feathers to his crown. The young artist from Georgia is a gift of social media. Having gained large popularity on social media, he stepped into the mainstream world of music and released his first EP Closer. After signing with RCA Nashville, Kane released his first album, Kane Brown in 2016. And it wreaked absolute havoc on the market. Kane became the first-ever artist to have number one in all major billboard charts. His next album was Experiment that released in 2018 and topped the Billboard 200 chart. Kane has collaborated with various heavyweight musicians like Camila Cabello, Marshmello, and many others. Recently he launched his own record label named 1021 Entertainment with Sony Nashville and hopefully it’ll be as successful as his career.

Jimmie Allen had to struggle a lot to publish anything to the market. He auditioned in so many places, participated in so many contests but never did he manage to make the cut. In the end, he finally signed a contract with Wide Open Music in 2016. For his debut, Jimmie released an eponymous EP. It was a moderate performing one but critics praised it. One track even managed to find its way to a Spotify playlist. What changed Jimmie’s career was his next single “Best Shot.” Within days it got into the Hot Country Songs, Country Airplay, and Billboard Hot 100. He also became the first black artist to ever debut on top of the Country Airplay chart.

Ray Charles is hands down a legend of black music and reshaped several musical genres along with Country music. The genius was a musical prodigy and even without sight, he created some of the musical masterpieces of that time. Renowned singers such as Frank Sinatra called him “the only true genius of the show business,” Billy Joel even went a bit far by saying Ray was more important than Elvis Presley. He was honored with a Kennedy Center Honors, the National Medal of Arts. Besides having 17 Grammy awards to prove his excellence, some of his songs are placed in the Grammy Hall of Fame. Rolling Stone placed him in the second position on the list of the 100 Greatest Singers of All Time.

Aaron Neville is a star of country music. He has a long list of music that once blew away the listeners of that time. Because of being a black artist, proper promotion, airplay was rare. Despite having been faced with so many obstacles, Aaron did manage to released albums. Four of them got Platinum certified and a few of his singles charted in various Billboard charts. The Grammy Hall of Fame inductee is another living legend who shaped country music. Unfortunately, many of his materials were destroyed in the notorious Universal fire of 2008.

Cowboy Troy is a country rapper with his own distinctive style and charisma. He has released seven albums so far and has managed to acquire moderate success at the national level. A member of the MuzikMafia, Cowboy Troy has been singing for quite a long time. He started his career in 2005 under the Warner Music Group distribution label. He tasted success in the first attempt when the album charted at no.2 in Top Country Albums chart. Since then a few of his songs have been to different billboard charts, one of them is “Our America,” a patriotic song.

DeFord Bailey is a symbol of the African-American community and its resilience. He was a musician from the roaring twenties when he was literally a blues and country music star. But with time and numerous problems in his record labels, he lost his position and eventually lost everything until he was invited to the Grand Ole Opry. DeFord is a pride of the black community as he sustained so many unfortunate events he didn’t give up. At a very elderly age, he opened for the GOP in their very first performance. He is a posthumous inductee of the Country Music Hall of Fame.

Carl Ray is a famous name in the field of country music. He worked with the reggae star Johnny Nash and wrote several songs like “You’re the One”, “We’ve Got Trouble”, “Sing World A Love Song” and so many more. He was invited to the Nashville Country Music Festival to perform. Carl is about to release his Blue Grass Gospel record that he was making for quite a while. In the performance of the record, musicians like Rhonda Vincent, Seth Taylor, and others will accompany. Carl released a single in tribute to the Black Lives Matter movement “I Stand With This Country” as a prayer to heal the spirit of the country.