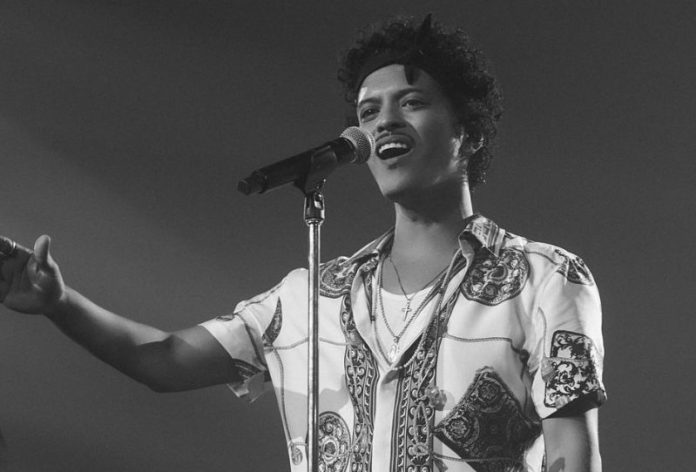 Versatile Bruno Mars is like the one celebrity who inspires other celebrities to live a life of greatness. Ever since he entered the industry, Bruno has surprised everyone with his charisma, street cred, and versatile talent. Having been featured in Time’s 100 Most Influential People in the World, Forbes’ 30 Under 30, and Celebrity 100, this fantastic singer is a joy to listen to.

According to Celebrity Net Worth, Bruno Mars’ net worth is around $175 million. This whopping amount isn’t surprising because he has worked hard for every penny. Forbes reported his earnings in 2019 to be around $51.5 million, a year before in 2018 it was $100 million. “Treasure” singer has a diversified income stream from music sales and tours to endorsements, businesses, and other investments.

Bruno entered the market in 2010 with his album Doo-Wops & Hooligans. The album went up to number 3 on the Billboard 200 with 55K sales on its first day. RIAA declared the album 7x Platinum while BPI certified Bruno’s work 6x platinum. Since then, the magical singer never had to look back.

In 2012, the 27-year-old released his second album for another round of overwhelming glory. Opening at number two on the Billboard 200, Bruno sold over six million copies of the album as of 2016. And not to mention, Unorthodox Jukebox had an extremely successful run at the international level as well.

Finally, Bruno released his third and latest so far album in 2016. 24K Magic literally shook the world in every sense. Not only has it sold over five million copies internationally, but it also became Bruno’s third consecutive Billboard 200 top 3. The Hawaiian beauty has sold over 90 million certified units in digital downloads.

The success of the albums made the tours gigantically famous bringing in chunks of money.

In 2013, the singer made around $156.4 million in the Moonshine Jungle Tour. That’s huge for an artist who just started in the industry!! The 24K Magic Tour brought the singer another whopping around $367.7M+ in gross revenues.

Cutting the overhead costs, and taking into account that Bruno doesn’t have a manager, I would say he has earned big times from these tours.

The big-time celeb bought a $6.5 million mansion in a twice-gated community in Fryman Canyon near George Clooney’s house. The luxurious humble home is filled with things like a wine cellar, sauna, playground, and tons of other rich-people stuff.

Our homeboy isn’t shy about his bank balance, he likes to show it off by owning 12 cars. Bruno drives a Rolls-Royce (RLLCF) which costs approx $300K, and a couple of really expensive Cadillacs as well.

Bruno Mars was born on October 8, 1985, in Hawaii. The son of a percussionist and a hula dancer, Bruno was involved with music from childhood. He was performing Michael Jackson and other artist’s songs at the age of four. Beginning his life as a performer, Bruno went on to get featured in films, reality TV shows, and other shows. Bruno’s struggles throughout his teenage and young adult life before releasing his album at the age of 25 in 2010.

The enthusiastic and charming performer is a loving and caring family man as well. Bruno has been dating Jessica Caban, a model/actress since 2011. That says a lot about his personal life as well.

However, Bruno isn’t free from complexities and controversies in his life. Many musical institutes have rejected him for his race, color, ethnicity, and stuff like that. Bruno has been involved in legal issues multiple times. Various artists across the globe have filed claims and sued the singer over copyright infringements. Some of those claims are still active, while most of those are settled.