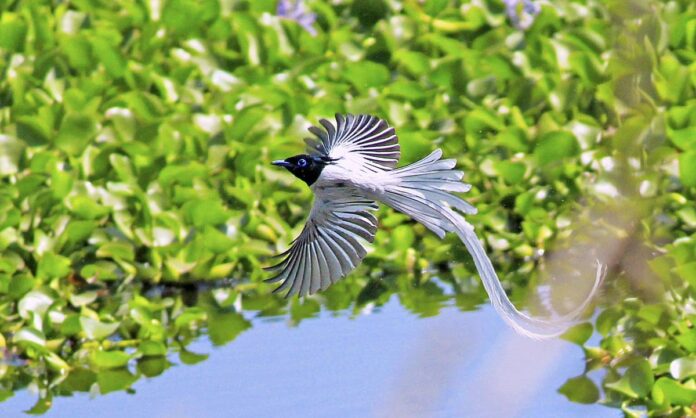 Cute Birds are one of the most beautiful creations of nature with two legs, a beak or bill, and feathers. As of now. there are nearly 10,000 different kinds of bird that vary in sizes and colors. The largest living bird is the ostrich and the smallest is the hummingbird. There are other ways too where we can differentiate birds by feet, beaks, or wings. The different species can be seen across the world. There are land birds, water birds, arctic birds, and tropical birds. Here is the list of the top 10 cute birds in the world,

The red-billed leiothrix is the cutest bird in the world that belong to the family Leiothrichidae. The bird species is native to southern China and the Himalayas. Talking about the appearance, adult birds has red bills and a dull yellow ring around their eyes, however, the back are dull olive green and have a bright yellow-orange throat with a yellow chin which looks uniquely beautiful. Also known as Pekin robin, Pekin nightingale, Japanese nightingale, and Japanese (hill) robin has been introduced to new parts of the world.

Indian Paradise Flycatcher is a small and cute bord native to Asia and distributed all across it. Talking about the appearance, the adult ones have elongated central tail feathers along with a black and rufous plumage in some populations, however, others have white plumage. The females once are known to be short-tailed with rufous wings and a blackhead. The bird species loves to feed on insects, which they capture in the air often below a densely canopied tree. Scientifically known as Corvus paradise proposed by Linnaeus in 1758, howvever, now they belong to the family y Monarchidae together with monarch flycatchers. Both male and female adult species can grow upto 19–22 cm (7.5–8.7 in) long.

Indian white-eye was formerly known as the Oriental white-eye is a passerine cute bird that belongs to the white-eye family. It is native to open woodland on the Indian subcontinent and mostly seen in small groups. It used to feed on nectar and small insects and can be easily identified with the help of distinctive white eye-ring and overall yellowish upperparts. They are also seen in Indonesia and Malaysia and was initially described by the Dutch zoologist Coenraad Jacob Temminck in 1824 from a specimen collected in Bengal. The English name of the bird species is Oriental white-eye and reflects the geographical range of the species.

Red-breasted Flycatcher is a small flycatcher known to have a rusty-orange throat that continues onto the breast. All species has a distinctive tail pattern along with a black terminal bar and white sides. The bird species used to thrive in deciduous mixed forest, winters in the forest, woodland and parks. It produces a sound like a “zrrrt” call which is slower than the call of a similar-looking Taiga Flycatcher. The white colouring across the eye is noticeable and the wings are plain.

Also Read: Top 10 Amazing Birds That Are Blue In Colour

Long-Tailed Bushtit knew as the long-tailed tit is one of the cute birds in the world mostly seen in Europe and the Palearctic. The bird species belong to the genus Aegithalos which was used by Aristotle for some European tits, including the long-tailed tit. It was first described by Swedish naturalist Carl Linnaeus in 1758 in the tenth edition of his Systema Naturae under the binomial name Parus caudatus. They are a small and cute bird that can grow upto 3–15 cm (5–6 in) in length which also includes a 7–9 cm (3–3 1⁄2 in) tail along with a long and narrow tail.

Kinglets are one of the small and cute birds that belong to the family Regulidae because they look similar to the titmice. The bird species is native to North America and Eurasia and there are seven species that exist in one family known as Madeira firecrest. It can grow upto 8 to 11 cm (3 to 4.5 in) and weighs approximately 6–8 g (0.21–0.28 oz). Talking about the appearance, it has a grey-green plumage along with tail tip is incised. They have distinctive head markings and the male species has a colourful crown patch.

Nightjars are medium-sized cute birds that belong to the family Caprimulgidae and almost all of them are nocturnal or crepuscular birds. They are characterized by long wings, short legs and very short bills. There are some new bird species found in this category and they are known as nighthawks. The word nightjar reffered to to the European nightjar. All nightjars are seen across the globe except in New Zealand and some islands of Oceania. It loves to thrive on the ground with a regular habit of resting and roosting on roads.

Coppersmith barbet knew as Crimson-breasted barbet or coppersmith which is popular for its metronomic call that sounds similar to a coppersmith striking metal with a hammer. Talking about the appearance, it has a crimson forehead mostly seen in the Indian subcontinent and parts of Southeast Asia. The bird species used to dig a hole in the trees to make his nest and used to reside there. It has been seen eating insects, especially winged termites. It is green in colour with a redhead, yellow cheeks and a yellow throat. It can grow upto 15–17 cm (5.9–6.7 in) long and weighs 30–52.6 g (1.06–1.86 oz).

The tufted titmouse is a songbird native to North America. The subspecies of the bird is known as the black-crested titmouse which is mostly seen in central and southern Texas southward. The bird species can grow upto 5.5-6.3 in and weighs approximately 0.6-0.9 oz with a wingspan of 7.9-10.2 in. These are one of the small and cute birds usually described as a whistled peter-peter-peter but they can vary in many ways. Talking about the appearance, it has a white front with a grey upper body outlined with rust coloured flanks. The forehead is black along with a tufted grey crest on their heads.

American yellow warbler is also known as the yellow warbler mostly seen in the areas of North America, the Caribbean, and down to northern South America. It is also sometimes known as a “summer yellowbird” that can grow between 10 and 18 cm (3.9 and 7.1 in) long along with a wingspan of 16 to 22 cm (6.3 to 8.7 in). Talking about the appearance, almost all subspecies are similar to greenish-yellow uppersides and are a duller yellow bird. Female species are somewhat dull specifically on the head. The eyes and the short thin beak are dark, while the feet are lighter or darker olive-buff.

These are the small and cute birds in the world. Kindly share and do post your comments.