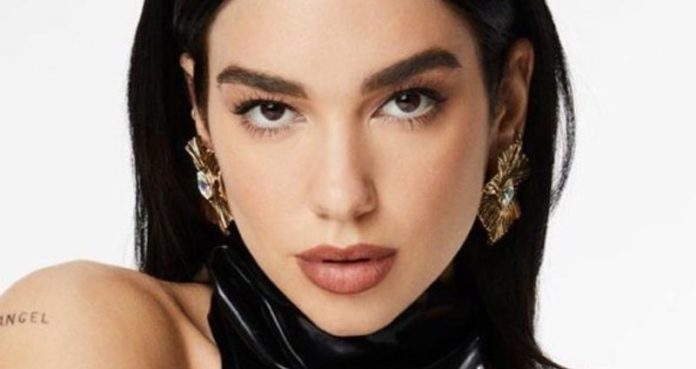 Dua Lipa is one of the rising stars in the music industry. The dynamic musician has proven her worth in both music and fashion before even celebrating the fifth anniversary of being in business. The new face of PUMA’s women empowerment campaign “She Moves Us” will definitely move her listeners.

What is Dua Lipa current Net Worth?

As of 2023, Dua Lipa has a whopping net worth of $25 million, according to the Celebrity Net Worth report. All of this coming from music sales, tours, endorsements, shows, and concerts. Some publications estimated the British singer’s total wealth at $16 million in 2019. Seeing the jump that Dua made in just two years seems like this is only the beginning.

If you’re wondering when the journey of this big-time celebrity started, well not too far ago. It was only 2017 when the singer released her debut album, Dua Lipa. Before that, Dua did release three singles, the first one being “New Love” in 2015.

The debut album was enough to attract global attention and get a place on the Billboard Hot 100, Albums Chart, and many more. Dua got her very first Grammy in 2019 as the Best New Artist thanks to the album.

Going from there, the English artist had more surprise to present herself with. Her next album Future Nostalgia raked in even more amount of views, streams, and money. With global success, the album shifted a number that all crossed 300,000 in just the UK. Dua Lipa’s magical work of art has sold more than 931,000 album-equivalent units in just the US. The IFPI reported the album to have sold over 3.3 million album-equivalent units so far.

Dua appeared in various celeb and fashion magazines like Vogue, Elle, Rolling Stone while working as a model (and also after that).

The singer released a lip gloss called Cremesheen Glass with a costume brand in 2017, and also promoted a perfume named Libre.

This money-making machine of a superstar was born in London, in 1995. Her parents were from Kosovo, where Dua spent a few years of her childhood. Having a singer father, it was only a matter of time before Dua would pick up the mic.

After coming back to London at the age of 15, the talented artist started uploading cover songs on YouTube and SoundCloud. Dua also started working as a model, however, she quit soon.

Warner Bros signed the teen singer after Dua co-wrote the song “Hotter than Hell”. This was the career turning point that would make Dua Lipa the next big star from the UK, sitting with the likes of Ed Sheeran and Adele.

How much Dua Lipa made from concerts/tours?

On the tour and show side, Dua has been very active from the beginning of her career. Her most famous tours include The UK tour, Hotter than Hell Tour, Us and Europe Tour, and the infamous Self-titled debut album tour of 2017-18.

Although the real data of gross revenue weren’t released publicly it’s safe to speculate that each of the shows managed a sum of anywhere between $30K-$80K. Dua’s album tour had roughly a hundred concerts — the rest of the math is easy.

The biggest shock is yet to come. Dua Lipa amassed over five million people on her online concert Studio 2054 in 2023, which is a record no one had ever seen. And guess what, the baseline ticket price was $10 a pop as per Seventeen. That’s $50 million in revenue right there.

Dua is currently in a relationship with one of the Hadid siblings, Anwar Hadid. The couple spends much of their time on Yolanda Hadid’s farm in Pennsylvania. Although Dua mentioned once that they like to keep themselves private, you can have your occasional peek on the singer’s Instagram.

Dua and her father organized an event to help the financially backward people of Kosovo. They named it the Sunny Hill Foundation. Dua Lipa’s, or “Dula Peep” as Wendy Williams said which later became her popular nickname, name means ‘Love’ in Albanian.

The singer has a little puppy, named Dexter whom she got as a gift from the LaBelle foundation.

Awards and achievements are pouring in for Dua Lipa. As of 2023, The singer has already won two Grammy Awards, five Brit Awards, one Billboard Award, and 10MTV awards.