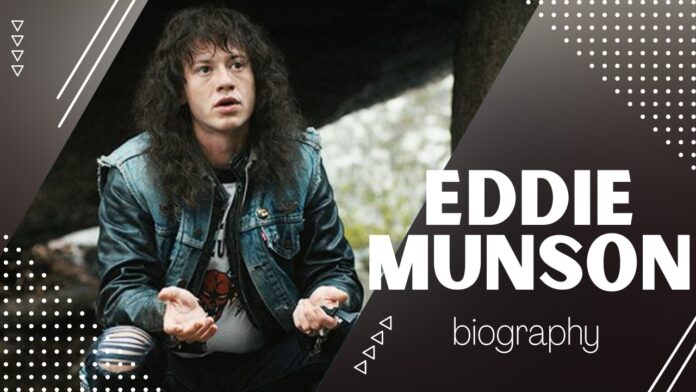 Stranger Things is certainly one of the most popular sensations on the Netflix streaming platform that has blown the minds of the 80s nostalgics in the last couple of years. With a total of four seasons so far, we got the opportunity to meet a whole set of lovable characters with whom we fell in love throughout the series. Today, we are going to talk about the latest fan-favorite, Eddie Munson from Stranger Things.

When the season premiered in May, no one could expect the fan reaction to this lovable metalhead. It is a character that went viral after the fans had the chance to stream and get to know him a bit better. Today we will discuss Eddie as a character and his journey through the fourth season. However, beware, as there will be spoilers ahead. Let us begin.

Who Portrays Eddie Munson in the Stranger Things Series?

The character of Eddie Munson in Stranger things is portrayed by British actor Joseph Quinn. You maybe know him from Dickensian, Catherine the Great, and other smaller roles he played in Game of Thrones, Small Axe, or Strike. 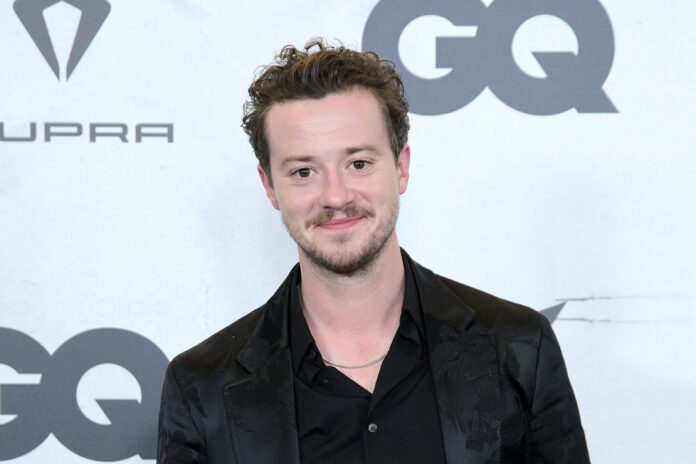 Eddie Munson is a character introduced in the fourth season of the popular Netflix series Stranger Things. He is a student at Hawkins High School and the infamous leader of the Hellfire Club, a friendly group of Dungeons & Dragons enthusiasts.

He also plays an electric guitar in his band called Corroded Coffin. Shortly after Eddie gets introduced in the show, he befriends Dustin Henderson and Mike Wheeler, who become members of Hellfire Club by playing Dungeons and Dragons. 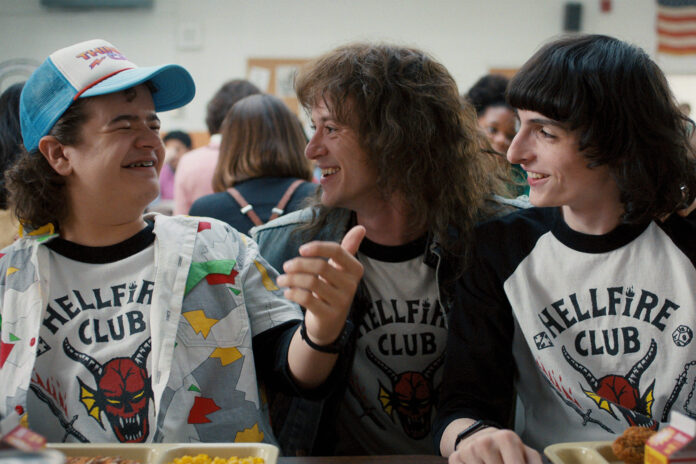 When he was younger, Eddie became the ward of his paternal uncle, Wayne Munson, and two of them resided in Hawkins’ Forest Hills Trailer Park. Although Eddie led a pretty normal high school life and had a devil-may-care attitude, he was actually despised by some residents of the town due to the rising belief that Dungeons & Dragons was connected to the worship of Satan.

Despite these beliefs, Eddie flourished in the Hellfire Club and had a purpose of reaching out to other teenagers who felt like outsiders and outcasts and providing them with a home and place in which they could relax, hang out and play games. Things definitely looked up for Eddie, but an unexpected and dark turn of events changed his life forever.

Nothing would have prepared Eddie for what was going to happen to him shortly after he encouraged Dustin and Mike to seek the new members of the Hellfire Club. He met with Chrissy Cunningham, with whom he attended Hawkins Middle School.

Although he was confused as to why she wanted anything to do with him, he found out that she wanted to buy drugs from him. He agreed and shared some memories and laughs with Chrissy and indirectly invited her to one of the future gigs with his band. They postponed the drug deal so that Eddie could get her something stronger from his trailer. Later on that evening, they headed there, where Chrissy got a chance to get a peek into his home life.

Eddie went to get the drugs, and when he got back, things went horribly wrong. Chrissy got possessed by the main antagonist of the season, Vecna (named after a famous D&D character), and he brutally murdered her while Eddie was desperately trying to wake her up from the trance. He screamed in horror and ran away in fear after witnessing this gruesome murder.

They quickly tracked him down, and he had a chance to explain the details of the murder. The group quickly picked up what was going on and figured out that it was Vecna who was behind the murder. They told him about the existence of the parallel world called Upside Down and helped him remain hidden until they could figure out their next step. 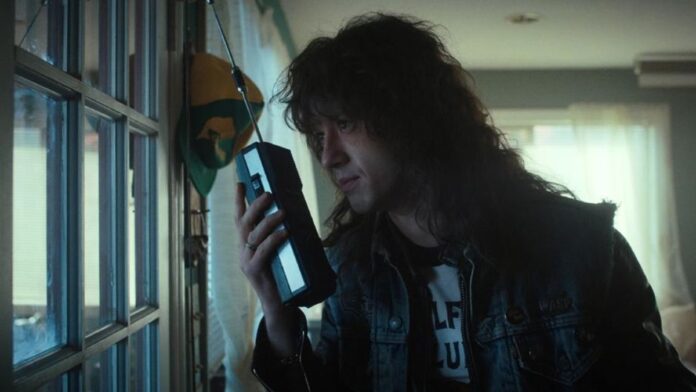 Meanwhile, Jason, Chrissy’s boyfriend, and his crew were looking for Eddie as they believed that Hellfire Club worshiped Satan and that Chrissy’s murder was part of their ritual. When Jason and his buddies tracked Eddie down, he managed to run away in a boat but not before Jason’s friend, Patrick, fell prey to Vecna’s curse and got brutally murdered.

Journey to the Upside Down and Battle With Vecna

Dustin, Steve, Robin, and Nancy soon enough reunited with Eddie, and he got the chance to tell them what happened with Patrick. The group found out Vecna’s location and decided to face him, as they saw it as the only way to stop the murders.

When they went to the Upside Down, the group quickly found themselves in trouble with Demobats and barely escaped with their life to plan a different strategy and put an end to Vecna. 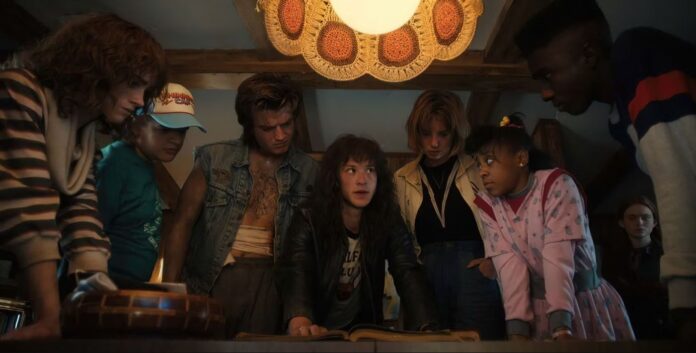 They regrouped and split into two teams; Steve, Nancy, and Robin went to Creel House through the woods to get directly to Vecna, while Dustin and Eddie went to his trailer in the Upside Down to attempt to create a diversion so the other group could get closer to Vecna.

Eddie succeeded in drawing the attention of Demobats by playing the legendary Metallica’s hit song “Master of Puppets.” Demobats came in swarms as Eddie ran away, trying to buy others time by drawing all the attention to himself. In this attempt, he decided to take his final stand and do a heroic thing. 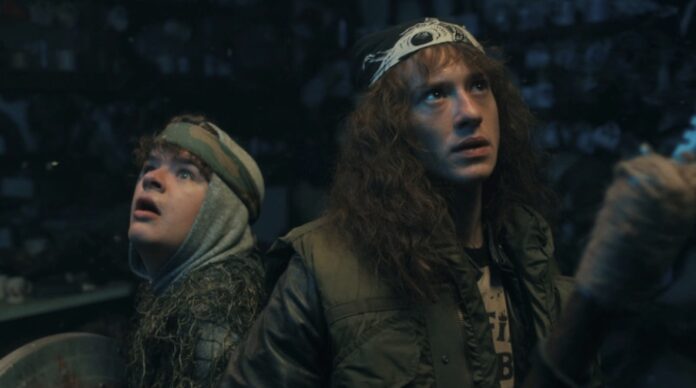 He thought about running away but thinking about everything that happened throughout the past days cemented his decision to stand his ground. Eddie drew his makeshift shield and spear and faced the hoard of Demobats, managing to kill several before they overpowered him.

Meanwhile, the rest of the group managed to use the bought time, and Demobats fell. However, it was too late for Eddie, who sustained way too many injuries and drew his final breath.

“There is no shame in running. Don’t try to be heroes. Not today.”

“We’re the freaks because… we like to play a fantasy game? But as long as you’re into the band, or science, or parties, or a game where you toss balls into laundry baskets! It’s forced conformity. That’s what’s killing the kids! That’s the real monster.”

“The Shire is burning. So Mordor it is.”

“You are scared. You’re tired. You are injured. Do you flee Vecna and his cultists? Or do you stand your ground and fight?”

“I didn’t run away this time, right?”

Eddie Munson is certainly one of the most memorable characters in Stranger Things. He certainly captured the hearts of countless fans across the globe in just several episodes. Despite dying, this truly was Eddie’s year, and there is a huge fan base he has nowadays to prove it.

Heroic, funny, and lovable, his character will undoubtedly remain one of the fan favorites, especially because he bought time for other heroes to prepare for the final fight that will take place in the final season of your favorite Netflix show.

If you want to find some cool Netflix shows about vampires, check out our list, where we’ve listed some all-time classics, as well as some new popular titles. 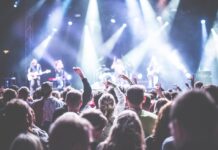 Why Buying Presale Tickets for Concerts is a Good Choice 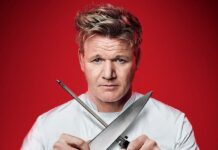