Home Nature 10 Facts About Hummingbirds In The World 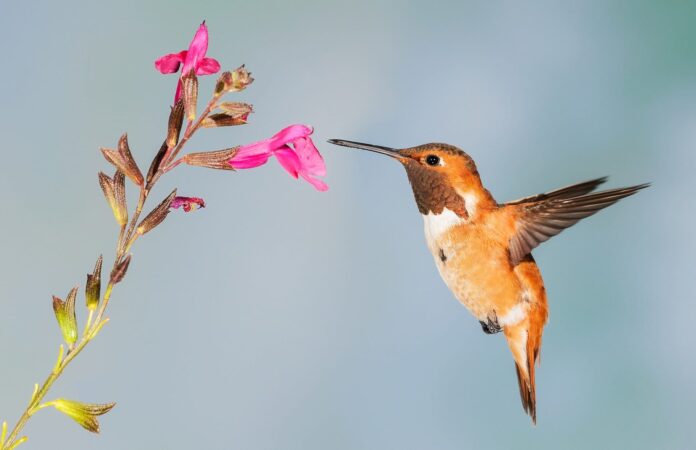 Sounds like a cat looks like a bird and flies like a harrier jet! Nature is absolutely incredible and it baffles us even more just when we think we have seen everything and we know about everything. Welcome to the astonishing world of hummingbirds. The agility, control and hyperactivity of these birds are second to none. Let us delve deeper into this subject and here are the top 10 facts about hummingbirds around the world that you probably did not know to date.

1. Let us start with something simple. HAVE YOU EVER WONDERED WHY THESE SPECIES ARE CALLED ‘HUMMING’ BIRDS? Hummingbirds are tiny, colourful and cute birds that get their name from the humming noise their wings produce when they flap their wings very fast. They usually flap their wings so fast that it is almost impossible to notice it with a naked eye! This constant fluttering of wings causes a humming sound and hence the name hummingbirds.

Also Read: Top 10 Types of Snakes In The World 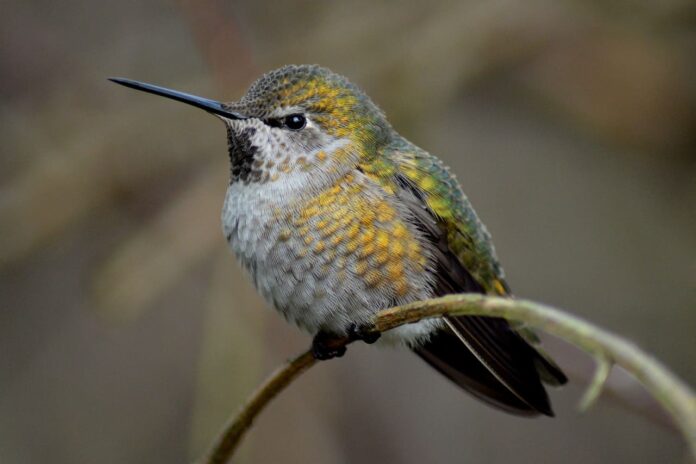 2. Hummingbirds have got the moves like Jagger! They are the only species of birds that can fly backwards! Imagine travelling at a speed of 100 km/hour. Now imagine flying 100km/h backwards! Yes, exactly! Mind=blown. Hummingbirds can fly forwards, backwards and also if that wasn’t enough, they can fly upside-down. Hummingbirds are also the only vertebrae that are capable of hovering for a period of time during their flight. 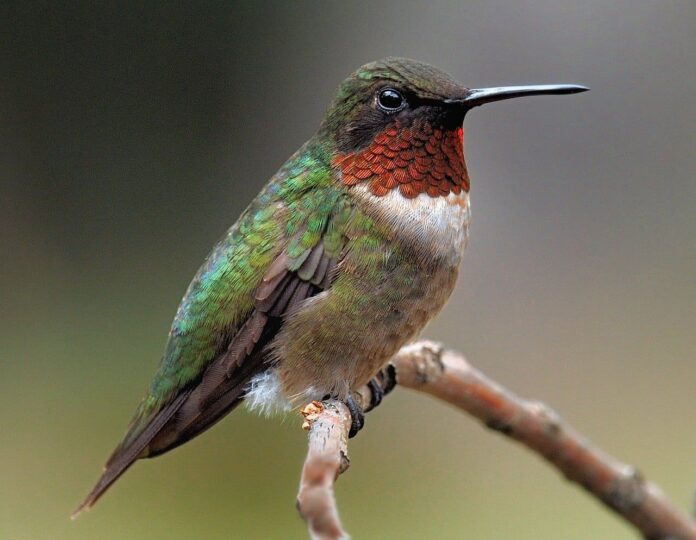 3. Hummingbirds have a ZERO sense of smell! But where it lacks, it makes up with an extremely accurate and keen sense of sight. They have wonderful vision and it is believed that its vision is so good that it can even recognize ultraviolet light, which means that their world appears even more colourful than ours! Hummingbirds can also hear much better than humans. 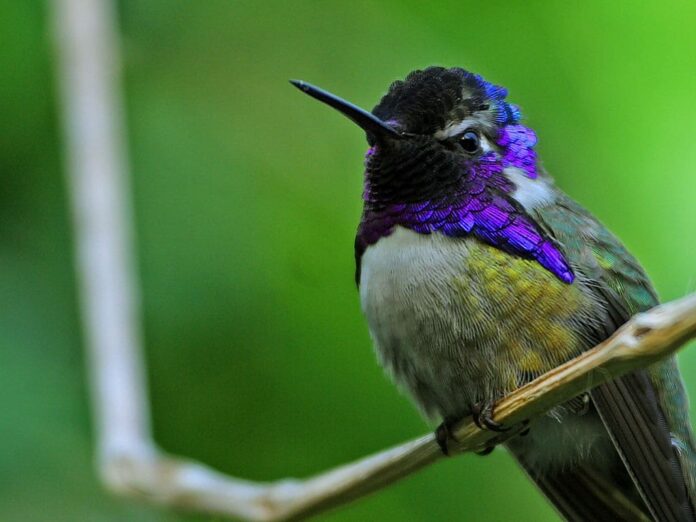 4. Hummingbirds take, an average, 250 breaths per minute while at rest. In comparison, the average heartbeat of a human being is 60 to 100 beats per minute when at rest. Their breathing speed increases to a much more level when they are in flight. The highest pulse rate ever recorded to date is of a Ruby-throated hummingbird at 615 beats per minute! 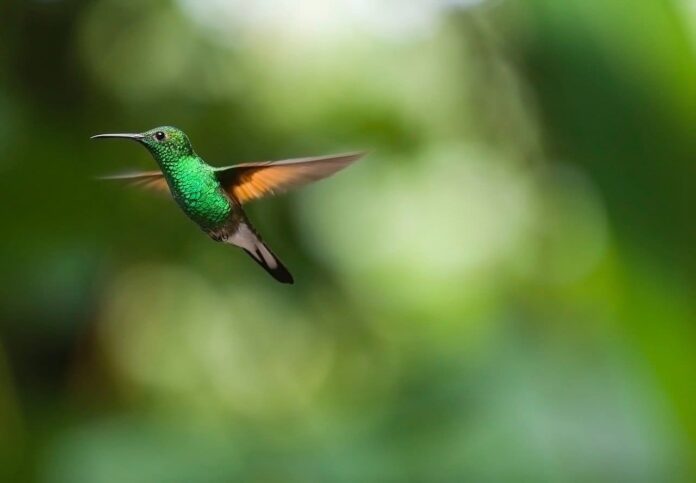 5. Halfway through, let us spice it up by debunking a myth about these colourful little species. It is believed that hummingbirds die if they ever stop flying, which is, thankfully utter nonsense. This belief probably comes from people only occasionally seeing them ever at rest. But no, hummingbirds rest, sleep and peacefully sit just like any of us would do after a long day’s work. 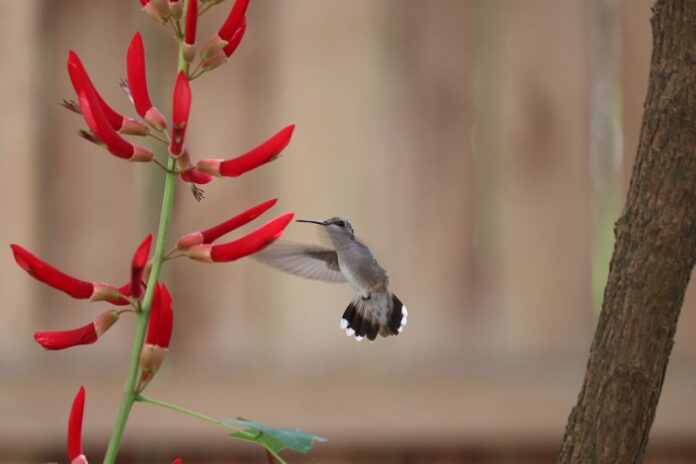 6. Notwithstanding their small size, hummingbirds are not fazed by danger. In fact, they are one of the most aggressive bird species which will attack birds far bigger than them. They do not hesitate to attack crows, jays or even hawks if they feel threatened or if other birds violate and their territory. In particular, the most recognized hummingbird for its temper is the Rufous hummingbird. 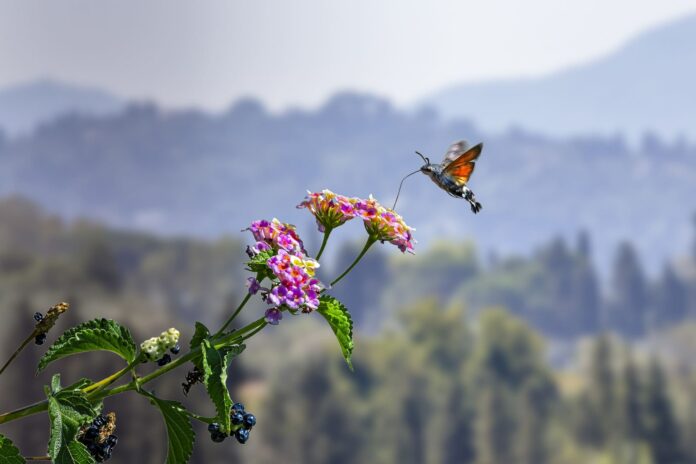 7. Hummingbirds are the smallest migrating bird species. In fact, most other species are known for travelling and migrating in flocks, but the hummingbirds typically travel alone for up to 500 to 600 miles at a time. These species are also known to travel more than 2,000 miles twice a year during their migration. It is also believed that hummingbirds travel on top of another one of its kind, which is absolutely false. There you go, we have debunked another myth for you!

Also Read: 10 Amazing Types Of Yellow Birds In The World 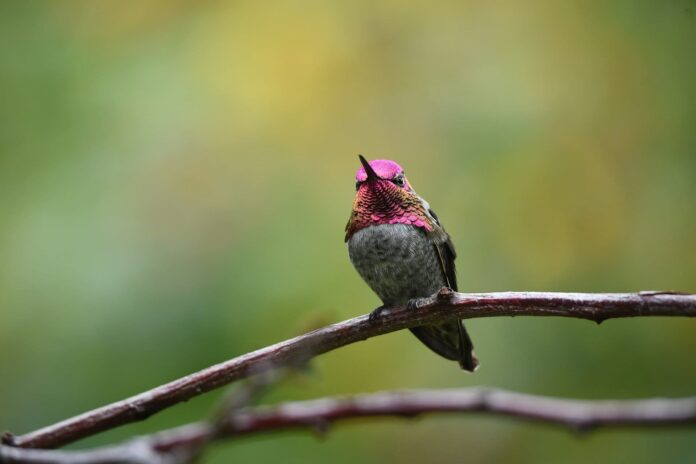 9. 4.2% of their body mass is made up by the hummingbird’s brain. Their brain is 7,000 times smaller than that of a human. In spite of that, they can memorize flower locations, track the passage of time and even encode geometry! They can recognize people and remember them, and there have been cases where they are known to fly about people’s heads to alert them to empty feeders or to bring to their notice that the sugar water has gone bad. Hummingbirds can be acclimatized to people and even be persuaded to perch on a finger while feeding. 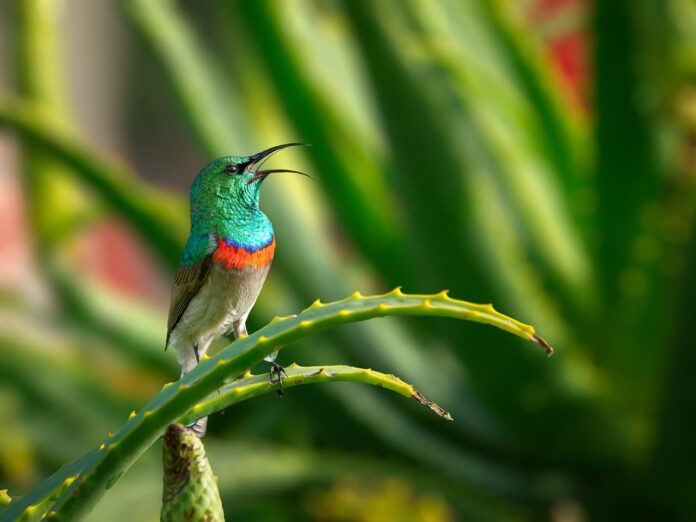 10. The size of a hummingbird’s egg is that of a tic-tac or a small jellybean. Although it measures less than ½ inch long, the egg may represent ten per cent of the mother’s weight at the time she gave birth to them. They often lay 2 eggs and they incubate for 15 to 18 days. The baby hummingbirds are known to leave their nests after 20 to 28 days after hatching. It is one of the important facts about hummingbirds. 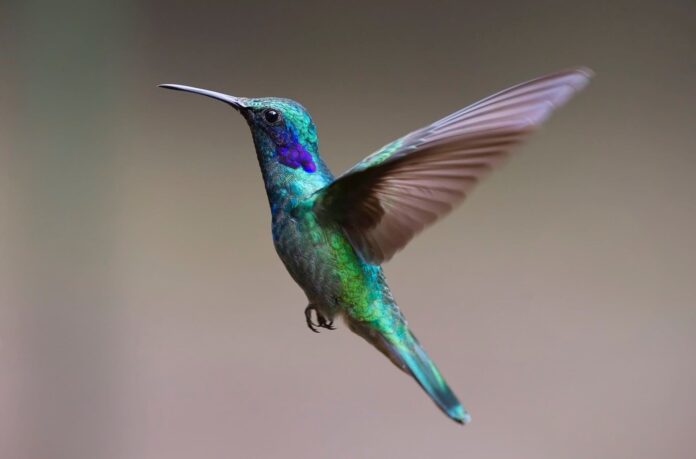 Those were 10 facts about hummingbirds from around the world.