Home Blog Can You Be Fired From Work For A DUI Charge?

If you get charged for a DUI, there could be some additional problems that you might face besides the penalty. One of the potential risks is that you might even lose your job. Also, it depends on various regulations, which can differ from state to state. The same is for charges. For example, facing a penalty where you will lose your driving license for a limited time will most certainly lead to firing, especially if you work where driving a vehicle is necessary.

Moreover, it depends on how serious the offense you made and whether it is a criminal offense. According to the statistics, more than 90% of people arrested for DUI will lose their license for at least a year. Still, there is a way to keep it only for work if you work where driving is necessary.

The first thing to do in such a situation is to find an experienced lawyer. If you need one in Toronto, check out Calvin Barry. In this article, we will analyze more about the DUI charge and the chance of losing your job because of it.

In most cases, there won’t be a mention of the case where a worker is charged for DUI and how it might affect his job. But, on the other hand, the fact that you will get a criminal record is the main reason you might lose your job in the end. So, companies commonly check each employee’s background before signing the contract. This data is public and easy to check. Therefore, it can prevent you from getting the desired position or losing the current one.

Remember that it is legal for a company to decide to fire you due to a DUI offense, even if driving is not an important part of your role in that company. Chances for that are very high if you get arrested. You might even face a jail sentence while you won’t be able to avoid spending some time in court. In both cases, your company has the right to terminate the contract since you are unavailable. However, it is all up to your company. Some might decide to keep the worker and even help him get through this situation.

What About Jobs Where Driving is Necessary?

The situation will become even worse if you work in a position that involves driving daily, such as delivery service, truck driver, and more. It is quite simple to understand why that is the case. You will probably get your license suspended for a longer time, which means that you will not be able to work in a certain position during that period.

An alternative for those who work as drivers is special permission to drive with a suspended license only during work. However, this solution is not something to rely on since it is difficult to get it. Also, the situation you dot into represents a crucial factor, such as the amount of alcohol in your blood, behavior, risk that you represented on the road, previous history of criminal offenses and car accidents, and more.

Furthermore, those working in positions where the driving license is not so important, but you still need a vehicle for some duties, business meetings, and other things that still increases the chance that your company will decide to fire you. The problem is that they have a legal right to that. In that matter, it is up to your employer’s free will when it comes to whether you will keep your position or not.

The biggest issue with DUI is that you will get a criminal record and even get to jail. That can affect people working in many areas, such as lawyers, doctors, police officers, professors, politicians, etc. Those working in any of these positions will most certainly lose the license for their profession, at least for a limited time. The reason for that is that you are expected to be a responsible member of society, especially when working in a position that involves higher status, like a lawyer or a politician. Having a criminal record can ruin your career.

Is There a Solution?

In most cases, there is not much that you can do about the DUI charges. However, there are some factors that could help you avoid the conviction. For example, if that is your first offense, and if you have a good lawyer, there might be a chance for the court to deny the conviction charges and only issue a penalty. Therefore, there won’t be any public information about your impaired driving.

But, on the other side, there is a chance to seal the record and hide it from the public. The main advantage of this solution is that companies won’t be able to find that you were ever charged for DUI. However, it will remain available for officials, and the subsequent offense you make will become much more serious.

If you are already in a situation where you have a criminal record and now have a problem finding a job, you can apply to have your record sealed. You will most likely have to wait five years after the conviction to apply for this option. Still, this is not a simple process, so having good assistance here is also necessary.

As you can see, getting charged for DUI is a very serious problem since you will most likely lose your job even if having a license on a particular position won’t interfere with your role. The simple explanation is that companies are not interested in keeping workers with criminal records. 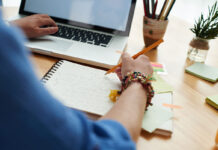 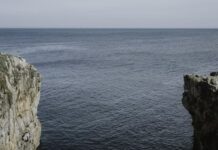 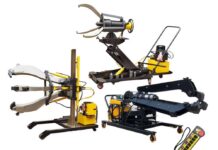