Home Casino Is There A Link Between Gaming And Gambling Industry 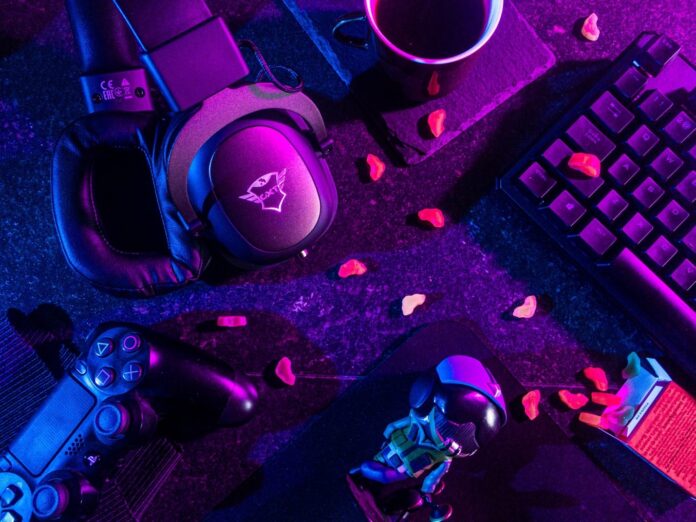 The terms gambling and gaming are often used interchangeably but there are certain differences between the two. In case of gambling a person bets on the probability of the occurrence of an unpredictable event. Whereas in the case of computerized games there is much more skill involved than luck. Thus in the case of gambling luck is predominant whereas for computerized games skill is predominant.

Is There A Link Between Gaming And Gambling

Despite the difference there are certain similarities between the two. In both cases there is an element of thrill. The element of thrill is associated with unknown outcomes. Thus, when a video game player goes for a raid what sort of encounter he will get is as thrilling as a game of Poker or Blackjack. Both gambling and computerized games are popular recreational activities and if you want to enjoy a bet you can go to an online casino like 888.

The Advent Of Online Casinos

The advent of online Casinos where a player can wager a bet from the comforts of his house has done away with the major differences between computerized games and gambling.

With the advent of online Casinos gambling has become a more virtual experience. With online Casinos the difference between a video game player who uses a joystick to navigate the virtual world and a slot player has gone down significantly.

In fact one of the reasons for the huge popularity of the online gambling industry is their ability to attract the young gamers. It is precisely for this reason that many online Casinos are considering tie ups with major game developers.

The Development Of Technology Like Augmented Reality And Virtual Reality

The latest developments in the field of technology like augmented reality, virtual reality and motion sensors have blurred the lines between computerized games and gambling.

Augmented reality gives players a heightened experience while they are playing. Virtual reality on the other hand transposes the players into a completely different universe, like Meta universe. Motion sensors are still under development and they have the ability to gauge a player’s moves from the way he moves his hands.

Young next generation players are attracted to these technologies. Hence both online Casinos and video game developers like Nintendo are trying to incorporate these technologies in their games so as to give the player a great experience.

Apart from the latest developments in the field of technology there are certain inherent similarities between computerized games and gambling. For instance, in most video games there are raids and loot that a player indulges in.

The loot boxes have been especially problematic and many countries like Belgium and Netherlands have taken steps to regulate their usage. The major problem with these loot boxes is that they were available in all phones via gaming applications and hence even children can access them.

Many features of loot boxes are similar to gambling. Firstly, a loot box can only be opened by purchasing a game-based currency and many people liken this feature to poker chips. Poker chips are fundamentally important in a game of Poker and a player who has exhausted his Poker chips cannot continue to play the game for long. Likewise a videogamer cannot get a new loot box if he has exhausted his in-game currency.

Secondly, these boxes allow a person to trade the items obtained in the box. When a person trades in the items of a loot box then he is not certain what he will get in return. This brings in an element of uncertainty and speculation in loot boxes. Many people relate this speculation with thrill and addiction that is commonly seen in luck-based betting events.

Thirdly, when people buy loot boxes they spend money from their pocket. Since, people spend their money to buy these boxes many people associate them with problem gambling. Problem gamblers are those people who continue to bet even if they are losing money. In case of loot boxes as well, a person has the propensity to keep on spending in the hope that the boxes will someday have useful weapons that will help in winning the ultimate game.

Elements Of Gaming Inherent In Gambling Gambling games also have many features which are like computerized games. Games are mainly skill based and luck is a negligible factor in winning. Likewise in betting games like Blackjack a person wins because of his skills and the luck factor has a minor role to play.

Again, modern Slot machines are like video games, a person has to play with multiple patterns to get the jackpot right. The machines also have additional elements like music and videos which play in the background. These factors make the experience of Slot machines similar to that of a video game.

The Use Of Bitcoins

Both the gambling industry and online Casinos are moving towards the use of bitcoins and other cryptos. Online Casinos allow payments to be made in cryptos. The winner can exchange the crypto for regular currency like dollar and pound as and when he wants. Likewise many video games allow their players to register using cryptos. Maybe one day we will see this currencies being traded at shopping websites like Wish, Amazon or Walmart.

Use Of Non-Fungible Tokens

Non-fungible tokens or NFTs are digital assets like drawings, themes, 3D patterns etc. Both the online Casinos and video games industry are making a foray into NFTs as these are the future of innovation in the digital field. Young designers and programmers are being encouraged to design innovative games and concepts so that more people can be attracted to the games.

In many places of the world like in Australia gambling in Slot machines is known as gaming. There are many similarities between the two beyond the name. In both the cases there is an element of thrill and unpredictability involved. Both can become addictive and people might keep investing money despite losing repeatedly. Beyond this the development of technology like augmented reality, virtual reality, bitcoins and the metaverse are continuing to blur the lines between what is considered as gambling and gaming. 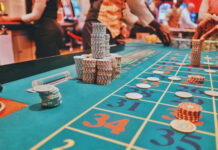 How Online Casinos Can Vary From Brick-And-Mortar Casinos 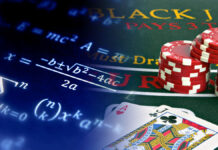 Can Maths Help You Win At Blackjack? 4 Tips To Know