Home Net Worth Grace VanderWaal Net Worth in 2023 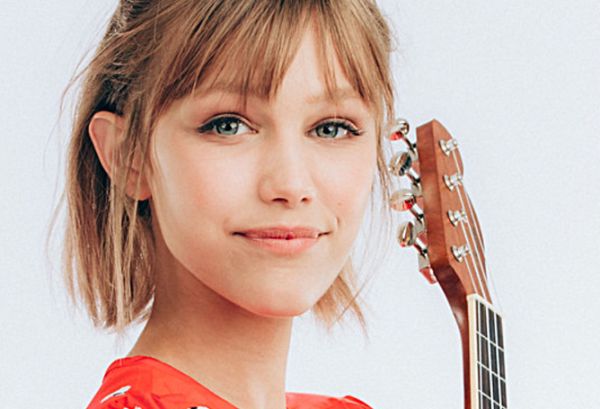 Grace VanderWaal is probably a familiar name to you if you watch America’s Got Talent. Not only did she win the show at the age of 12, but Grace has also managed to remain equal if not more famous today. That’s why we’re diving into her personal life to know more about her and her career.

What is Grace VanderWaal Current Net Worth?

As per Celebrity Net Worth, in 2023, Grace has amassed a massive net worth of around $2 million in the span of a few years. Still a teenager, the star has released multiple songs and become a popular stage personality to have a consistent cash flow.

How Much Grace VanderWaal won from American’s Got Talent?

It all started with the audition of NBC’s America’s Got Talent of 2016. The would-be heartthrob aged just 12 sang “I Don’t Know My Name” and was instantly selected. At the end of the competition Grace was declared the winner and she became an overnight celebrity. The prize money of the contest was $1 million, which she famously spent on tree houses.

Soon after the win, Grace had become a face of the entertainment industry with regular appearances in TV shows like The Tonight Show Starring Jimmy Fallon and The Ellen DeGeneres Show.

In the same year, Columbia Records signed the teen star and she came up with her first EP Perfectly Imperfect. Can you believe it? All these at the age of 12! It opened at number 9 on the Billboard 200 and became the best-selling EP of the year.

The lead single “I Don’t Know My Name” got charted on the Digital Song Sales list and Bubbling Under Hot 100 Singles of Billboard. Everything happened so fast that even Google featured Grace’s single “Light the Sky” as background for “Year in Search 2016”.

The next year Grace released her debut album Just the Beginning at the age of 13. The album peaked on the 22nd spot of Billboard 200 and got over 22000 album-equivalent units.

Grace’s touring portfolio is very impressive. From the beginning, she has performed all around the US starting with four concerts in Las Vegas Planet Hollywood Resort & Casino in 2016.

After those, the teen star organized her debut album tour Just the Beginning, and later in the 2019 Ur So Beautiful Tour. Given her popularity and special status, Grace has experienced an overwhelming response from her fans.

Imagine Dragons brought her in to open in their Evolve World Tour and Grace passed the test with flying colors. The British indie band Florence and the Machine got her as the opening act as well.

Born on 15th January 2004, Grace VanderWaal grew up in Kansas City, Kansas. Later they moved to Suffern, New York where they currently live. After winning the AGT, Grace was homeschooled to better groom her for the music industry. She has been singing and writing songs from a very young age.

Grace’s first musical instrument was a ukulele that she got at the age of 11. She also played the Saxophone in the school band. With around 3.5 million subscribers on YouTube and over 4 million Insta followers, she is one of the most popular celebrities in her age group.

The singer has a plethora of awards in her basket. Starting with the winner’s trophy of America’s Got Talent, Grace has so far won “Best New Artist” from Radio Disney Awards, Teen Choice Award, and MTV Europe Music Award. Billboard Women in Music awarded Grace the Rising Star Award. Also, Forbes featured her in their 30 under 30 list, the youngest person ever to be.