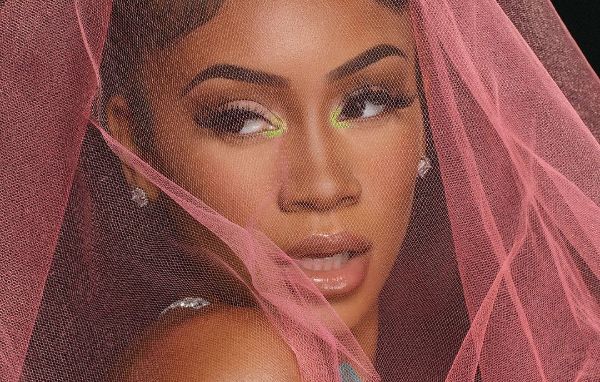 The hip-hop and rap world are full of glamorous musicians, both male and female. Being the sign of the genre, singers don’t suppress any feelings or emotions rather they express it through words — unfiltered. In this article, we are covering the top 10 hottest female rappers of 2023.

Some of these rappers are highly acclaimed and professionally successful, while some of them are at the beginning of a potentially long-lasting career. This is not a certification of merit or talent, but just a mixture of personal appreciation and popularity among the public.

Megan Thee Stallion is still pretty fresh in the rap industry as she started her career around 2018-19. Opening with the mixtape Fever and later releasing the EP Suga made some headlines as both of these got placed on top 10 of Billboard 200. Later in 2023, Megan came up with her debut album Good News another Billboard 200 top 10 material. She worked with Beyonce in the single “Savage” and collabed with Cardi B in “WAP”. Both of them opened at number one in the Billboard Hot 100 list. The rapper has won various awards this year — Grammy Awards, Billboard, and Bet Awards.

Doja started her career at the age of 17 when she managed to impress RCA Records with her single “So High”. It was a SoundCloud phenomenon that boosted Doja’s career. Later in 2014, the smoking hot rapper came up with her first EP named Purr!. Doja returned to music after four long years and released her debut album Amala. Thanks to memes, it went viral as soon as people got the first glance. Two times American Award-winning singer was nominated for three Grammy as well. Forbes included Doja in their 2023 30 under 30 lists. She is having hella fun that’s for sure.

Saweetie is known for her EP Icy, released in 2019 it became the most popular work of the rapper. The 1993-born musician’s career jumpstarted when her single “Icy Girl” was picked up by the audience and got platinum certification from the RIAA. As a result, Warner Records signed Saweetie. In 2018 came the rapper’s first EP High Maintenance. Although it wasn’t as successful as the second one, but it sure did pave the way for it. The gorgeous beauty’s single “My Type” also peaked on the top 40 singles list. Pretty Bitch Music, Saweetie’s first album came out in June 2023.

Nicki Minaj, the Queen of Rap started her career back in 2007-08 with a bunch of EPs like Playtime is Over and Sucka Free. These were moderate successes back in the days. But the release of Pink Friday marked the beginning of an era as it peaked at number one on Billboard 200 and got a triple platinum certificate. One of the richest rappers and Billboard’s female rapper of the decade, the steaming hot beauty has won six American Music Albums, four Billboard Music Awards, five MTV video music awards, and a lot other.

When Sza started music, nobody could guess that she would have been nominated for four Grammy Awards, one Golden Globe, and an Academy Awards for Best Original Song. It all started with Ctrl, the magnanimous rapper’s first album. Upon hitting the market, it peaked at number three on the US Billboard 200 and got certified a Platinum album by RIAA. Not stopping there, she worked with Kendrick Lamar to create the soundtrack of the film “Black Panther”, which subsequently got Sza into the list of Golden Globe and Academy awards nominees. The hot neo-soul singer is on the bloom, you can expect far more music from her now.

Cardi B and a few others are the faces of US female rappers. Starting her career with Billboard 200 number one album, Invasion of Privacy became triple platinum. Cardi B went on to win the Grammy for Best Rap Album. This record-breaking success marked her as the first rapper in 15 years to do something like that. Always known for her sensational sexiness, the rapper collaborated with Maroon 5 for the single “Girls Like You”. And guess what, she became the first rapper to top the Billboard Hot 100 list thrice. All in all, Cardi B is someone you have to listen to if you love rap.

Mulatto later known as Latto became popular as a contestant of the Reality TV show The Rap Game. Having won the contest, it took her some time to release the first single “Bitch from da Souf”. The song was a moderate success entering the Billboard Hot 100 list in number 95. From there on RCA records signed the young rapper, and she came up with her second song “Muwop”. Both of Latto’s singles were certified gold as she approached her first album Queen of da Souf in 2023. Bet HipHop Awards nominated the beautiful singer in 2023 while MTV named her Global Push Artist of the Month in February 2023.

The rising star of rap hit the headlines with her appearance in Cardi B’s music video “WAP”. Before that Rubi was first seen in Migos’ music video “Bad and Boujee”. She is also a big-time twitch streamer as Rubi collaborated with DJ Akademiks. She released her first mixtape For the Streets in 2023.

Bianca Landrau aka BIA first attracted attention when she appeared in the TV Show Sisterhood of Hip Hop. Later the rapper signed into I Am Other records in 2014. However, it took her another four years to release her first EP named Nice Girls Finish Last: Cuidado. In the meantime, BIA had already worked with singers like J Balvin and Russ in “Safari” and “Best of Earth”. Both of these performed great resulting in the EP. She released her second EP For Certain in 2023 after signing a deal with Epic Records. BIA is definitely one of the upcoming rap stars to look out for.

Flo Milli first came into the spotlight after going viral on TikTok for “Beef Flowmix” and “In The Party”, her two singles. Both of these made quite a noise to get the attention of RCA Record. After signing, Flo released the debut mixtape in 2023 named Ho, Why is You Here?. It garnered a large listener base resulting in a nomination for the Best New Artist in BET Hip Hop Awards in 2023. She released her single “Roaring 20s” in 2023 to much critical appreciation.