We all know who is trending at the top of the pop and rap charts, but who are the freshest hot faces you should have your eyes on? Indie music is popular across a wealth of genres, and there’s plenty of great artists looking for your time and attention. With the internet now making it easier than ever for musicians and bands to share their special something with the world, it’s time to discover your new favorites. Here’s 12 of the best indie music artists everyone should know.

Neo-soul is probably a genre that fell off your radar entirely unless you’re deep into the indie scene, but Celeste has a timeless voice that’s been captivating audiences since 2020. She’s been called generation-spanning, with her ability to summon emotion and channel the greats like Aretha Franklin. While her older catalog leans pensive and emotional, her 2021 releases brought a more peppy, pop-like vibe to the table that’s making her more popular than ever. She even won the BBC Music Sound of 2020 award, so you know she’s worth checking out.

Pinegrove have been rocking the Indie rock scene for a decade now, and their following is only getting stronger. Bring mild rock with a refreshing country twang to the table, it’s hard not to love their fresh takes on the genre.

Beam was first brought to the world’s attention through the popular YouTube music channel, A Colors Show. The son of a well-known gospel singer, he’s been producing music for years, and even has a Grammy win under his belt- all before reaching 25! With a unique sound that merges trap, dance-hall, hip-hop and reggae, rich in Jamaican influences, you’re sure to love his sound.

With the success of Punisher, Phoebe Bridgers has become the emo-rock queen, with heavy influences from Bob Dylan and other rock favorites. If you’re looking for a refreshing new take on an old genre, look no further.

Once seen as R&B’s best-kept secret, Victoria Monet is now one of the hottest names in the indie music space. With an acclaimed collaboration with Ariana Grande and a stable of grammy nominations to her name, she’s even writing for hit stars like Lil Nas and Brandy. R&B tinged with funk is the name of her game, and she’s already known to over 3.5 million Spotify listeners- when are you adding her to the playlist?

Immersive, catchy songs that speak to the heart? Yes, please! With a unique vocal switch between tenor and falsetto reminiscent of the greats like Prince, this artist brings delicate acoustic sounds that are deceptively intriguing and will tug on any heartstrings, all with a fresh pop-lite vibe that bangs.

Fresh out of South Africa, this experimental and moody artist brings hip-hop tinged neo-soul to the table, and it is slamming. With soft, gentle vocals and smart lyrics, she swings between genres effortlessly, and is one of the best whole-package artists you need to know right now.

Swagger, guitars on max, and a vibe you have to love, that’s what this unique band brings to the table. Straight out of Leicester, England, this is not your average indie band. Try their hit single, Sangria on for size, and unpack a funky mix with laid-back riffs and smart rhymes. This is a solid gold sound just waiting for you to discover them.

A singer-songwriter who delivers on both fronts is always a win, and there’s a reason this talented young artist already has a massive fanbase that’s growing daily. In fact, this could be the poster girl for Gen-Z music and its versatility. With French fusion flavors leaking into her music, and an eclectic range it’s hard to beat, she’s set to dominate the global music industry and has already been part of the notorious Glasonbury lineup.

What’s an eccentric band without an equally eccentric name, right? With energy reminiscent of the Kings, you’ll love the psychedelic throwback to the best of the past- with all the modern trappings they need to be interesting and fresh. With funk and Afrobeat vibes that will have you dancing in the isles, their refreshing sound is sure to be a hit.

Weezer are probably one of the best-known bands on our list, and with good reason. Originally rocking it from their hometown of Philadelphia, they’ve become one of the most respected (and popular) indie bands on the circuit now. They’re even embarking on world tours! With a serious appeal that spans generations, they already have ten records packed with fantastic experimental rock stylings and a career-long longevity that’s bound to appeal. Here’s what the face of modern indie rock looks like!

What a name, right? This young artist is one of the most prominent faces on the literary rock scene right now. With catchy, bright riffs you’ll love and deceptively nonchalant lyrics that speak to the soul, make sure this one is queued in your new-found Spotify list of favorites for sure.

Where Can I Find Other Indie Artists?

Were these 7 fantastic Indie artists enough to tempt you to find other great artists on the indie scene? While you’ll find some fantastic hidden gems on global music lists like Spotify and Amazon Music, sometimes the greats get lost in the crowd. There’s also a wealth of Indie-focused platforms out there tracking who’s hotter than hot you can explore, and Hype Machine will even let you follow who’s trending on music blogs just like our own so you can find new artists to enjoy effortlessly without disappointment.

There’s always something rewarding in uncovering a brand-new artist with the beats your soul craves, so don’t forget to step away from the established pop and rap arenas and explore the wider world of music a little, too. You’re sure to find something that excites you! 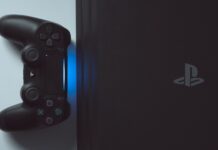 How To Connect PS4 To Monitor?