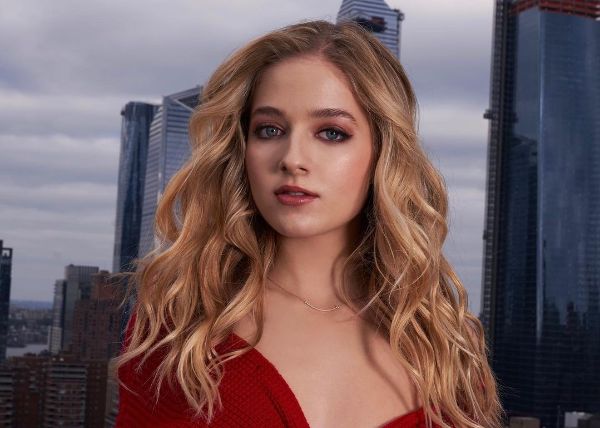 Jackie Evancho made a name for herself at a very young age when she entered America’s Got Talent show. Even though she finished at the second position, her versatile talent for music made her a hot topic in the entertainment world.

What is Jackie Evancho Current Net Worth?

Using AGT as a launching pad, Jackie’s fame today is truly limitless. Having a net worth of an estimated $4 million in 2023 the singer is one of the most famous teen pop stars of her time. Jackie’s primary income comes from her music sales and tours. Other than that, she has dabbled a bit in acting and modeling as well.

Music and American Got Talent

Before getting into the big show, Jackie was first spotted by David Foster. She performed at his Hitman Talent Search Contest eventually being the runner-up of the show.

After that, at the age of 10, in 2010, the pre-teen kid was accepted from the audition of America’s Got Talent. Over 16 million people watched Jackie’s performance across the US as she went on to get the second position on the show.

Following her heroics on the show, she toured 10 cities as part of AGT: Live Tour. In the same year, Columbia Records signed the budding artist.

Keep in mind that even before getting famous, Jackie had released her first album in 2009 named Prelude to a Dream. After getting signed into a label the singer released her debut EP O Holy Night. And within days it was glaring on the number 2 position on Billboard 200. It made her the best-selling album for a debut artist of the year and youngest solo singer ever to make it to the top 10 of the chart.

You can imagine if the debut EP was such a blockbuster, what happened with all the other 8 albums that have been released so far. 3 of them opened at the top 10 of Billboard 200 and 8 out of 9 albums (including EP) hit number 1 on the Billboard Classical Crossover Albums.

Jackie has experimented quite a lot with Christmas music, so even if you don’t know her name chances her you have heard her at Christmas time.

Jackie has so far gone on 8 tours across the US and some other countries. Her Dream With Me tour that took place in 2011 amassed a gross revenue of roughly $1.4 million. In the same year, the music prodigy managed to score another $400K+ revenue in Heavenly Christmas concerts.

Even though there isn’t much data available, we can safely assume that almost all of the tours made over $800K in revenue.

Born on April 19, 2000, Jackie grew up in Pittsburgh, Pennsylvania. Given her widespread popularity, she was homeschooled and attended Pine-Richland High School. Having a genuine knack for singing, Jackie attended a lot of music contests at an early age. The child prodigy started taking her first music lessons after coming second at a music competition. (a lot of second places!)

Jackie performed in the Children’s Festival Chorus of Pittsburgh and later in some school shows before becoming nationally famous.

Jackie’s personal life is under deep covers so we don’t know much about her. She was subjected to harsh criticism when the singer performed in the inauguration ceremony of Donald Trump. Even though she was 16 then, not even of legal age to vote people did see it as a controversial step.

Other than that, Jackie and her family surfaced in news once again when her parents separated. “There may be fights and screaming or crying, but it all lays on top of a strong cement of love,” People reported.