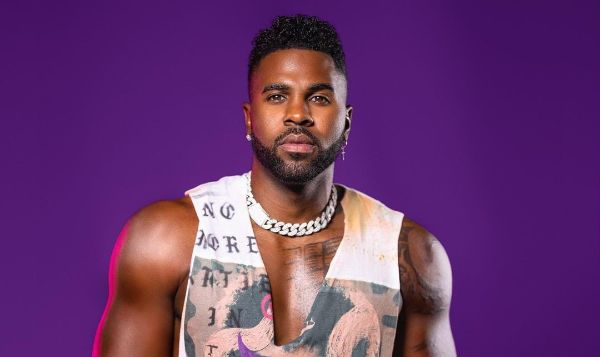 Jason Derulo has been on the headlines for his work in rap and pop genres for the better part of a decade. Even though the singer is yet to make the big lists, his TikTok activities have made him infamous among the public.

What is Jason Derulo Current Net Worth?

As of 2023, Jason Derulo’s net worth is around $16 million, as per Celebrity Net Worth. The songwriter turned singer primarily makes his money from album sales, live shows, social media, and songwriting credits.

Jason was writing for singers like Diddy, Sean Kingstone, Cassie, Lil Wayne, and some other singers from a very young age. So it wouldn’t be wrong to say he made some beginner money at this stage.

But it wasn’t until J.R. Rotem spotted the singer and took him under his wings to sign Warner Bros. In 2009, Jason released his debut single “Whatcha Say”. It peaked at 54 on Billboard Hot 100 (later reaching number 1) and sold over 4 million copies till 2014.

Jason Derulo, his first album, came out in 2010. Debuting at number 11 of Billboard 200 and selling over 43K copies in just the first week, the album was hugely successful. It got listeners from all around the world making appearances on the UK and Irish Albums Chart.

Jason’s second album Future History was relatively lower on the success level, however, managed to get into the Billboard 200 chart.

The intense singer has released quite a few albums after that and one of the most significant in terms of commercial performance is Talk Dirty. The album started its journey on the number 4th position of Billboard 200. Selling a total of 245K copies as of 2015, this is Jason’s one of the best performing albums.

How Much Jason Derulo Make from Tiktok?

Jason has often been called the King of Tiktok with him nearing 50 million followers on the platform. To a rumor which said the star singer makes around $75K per post, he responded saying, “I think it’s tacky to say what I do make from them, but it’s far more than that!” So now you can guess the number is in six figures.

Jason Derulo was born on September 21, 1989, to a Haitian family in Florida. The singer has been attracted to music since childhood writing songs and composing music. Jason’s initial attempts can be found in songs like “Bossy” by Birdman.

Jason Derulo dated Jordin Sparks for over 3 years until they broke up in 2014. Since then, the singer has been in multiple short-term relationships. In 2023, Jason and his girlfriend Jena Frumes had their first baby.