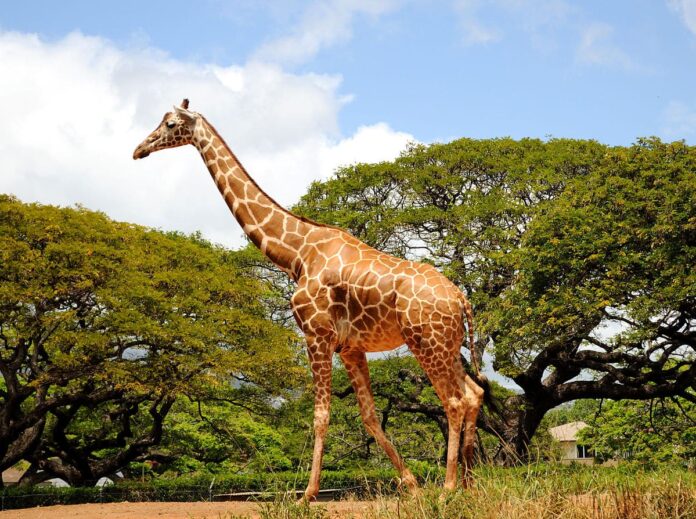 Largest Biggest Animals In The World

Blue whales scientifically known as Balaenoptera musculus is the biggest animals in the world. Blue whales are baleen whales(suborder of whales) that can filter out tiny organisms out of the sea with their bristly baleen mouth combs. They are seen in all ocean except the Arctic with a population of about 10,000-25,000. The avarage lifespan of the species is 80 to 90 years and it can be measured by the growth layers in their earplug. It can grow upto 33.3 meters (109 ft) in length and may weigh up to 181 tonnes. The tongue of the species is 2.7 tonnes and when fully expanded it can hold up to 90 tonnes of food and water. It generally preys on krill, though they also take small numbers of copepods.

The colossal squid is the largest squid species in terms of mass in the world. The only predator of the colossal squid is sperm whales and not much is known about this mammoth creature. It can be seen at the depth of 1000m making it quite different to observe them in their natural habitat. The exact size of the species is unknown, however, on average, it can reach upto 60ft (18m) or even 90ft (27m) in length but the largest colossal squid documented is 45ft (14m) long. Talking about the appearance, the species has a large eye reaching upto 10” (25cm) in diameter. It belongs to the family Cranchiidae and also known as the Antarctic squid or giant cranch squid.

The African elephant is a genus comprising of two elephant species named the African bush elephant and African forest elephants. Elephants are social and strong creatures and African ones come with huge ears and unisex tusks, however, Asian ones come with smaller ears. It can weigh upto 6000 kg (6.6 tons) grow upto 3.3 m (10 ft.) at the shoulder. Both African male and female species possess tusks and the tusk are present from birth itself where they will fall out after a year, and permanent ones replace them. The large ears of the elephant species help radiate excess heat under the harsh African sun. Two epehnat can hear each other calls at 4 km away. The elephant is one of the most useful animals in the world.

The giraffe is the tallest mammal in the world and even babies are bigger than humans. Currently, it is divided into 9 subspecies by the colouration of their bodies. It loves to thrive in savannas, Sahel and open woodland areas. The long legs and neck help the species eat the leaves of the trees and long tongues with top jaw help them to rip leaves from branches. One of the animals with spots loves to eat acacia and it also likes the leaves of mimosa and apricots. It can run at a speed of 35 miles per hour on a short distance and the avarage lifespan of the species is 10-15 years in the wild and around 25 years in captivity. The animal species has one of the best animal patterns in the world.

Kodiak Brown Bear is the largest living land carnivore in the world that can wieght upto 1400 pounds. It is also known as Kodiak bear or Alaskan brown bear that is native to southwest Alaska. All brown bears are grizzlies and it is a term used against Alaska where grizzly bear refers to all bears that are seen in interior North America. As of now, there are approximately 32,000 brown bears living in Alaska and used to live a lonely life who will only seek a mate for short periods. They have excellent senses of smell, sight and hearing and can smell food and predators from miles away.

Whale Shark scientifically known as Rhincodon typus is the largest living in the world. It is also the largest sharks on planet Earth that can grow upto a length of 12.65 meters and weight of about 21.5 tonnes. This is mostly seen in the open waters of the tropical oceans and usually prefers +- 30 degrees of latitude. The varage lifespan of the species is approximately 70 to 100 years. This is also the largest non-cetacean animal in the world with a flat head and two small eyes. The largest confirmed sharks are recorded around a length of 12.65 meters and wieght is approximately 21.5 tonnes.

Saltwater Crocodile is the largest crocodile species in the world scientifically known as Crocodylus porosus that can grow upto 7.0 meters in length and weighs up to 1,200 kilograms. It is also the largest living reptile in the world mostly seen in the coastal waters or rivers where it can swim between freshwater and brackish water. The avarage lifespan of the species is more than 70 years and used to prey on fish, crabs, turtles, pigs, buffalo and even humans. They used to communicate with each other with help of several sounds that include barking, hissing, growling and chirps.

Ostrich is the largest living bird in the world that can grow upto a hieght of 9 ft and weight of 344 lbs. They are non-flying birds that are native to Africa and can survive without water for a longer period of time because they used to absorb water from the food they eat. Talking about appearance, males can be identified by black and white colour, however, females can be identified by greyish, brownish and white in colour. It used to prey on locusts and small animals such as lizards. They have strong legs that can even kill a lion and has an avarage lifespan of 30 to 70 years in captivity. It is also listed as one of the most amazing desert birds in the world.

Chinese Salamander is the largest amphibians in the world that can grow upto a length of 3.7 feet where it is capable of growing upto 6 feet in length and wieght approximately 110 pounds. The species is endemic to China and all three species of giant salamander produce a sticky, white skin secretion that repels predators. It has poor eyesight but can detect predators with the help of vibrations in the water. They used to spend their entire lives underwater without gills because they absorb oxygen with the help of their skin. The species is critically endangered because of habitat loss and excessive hunting for meat.

Goliath Beetle is the largest insects in the world and it is named after the biblical giant Goliath. It can grow upto a length of 4.5 inches and wieght approximately 3.5 ounces making it the heaviest insect in the world. Talking about appearance, males can be identified by dark brown to silky white in colour whereas males are normally brown or white or black or black or white in colour. It is mostly seen in many of Africa’s tropical forests where they will feed on tree sap and fruit. There are five species of Goliath beetles that exist namely, Goliathus goliaths which were identified by Linnaeus in 1771. The second one is Goliathus albosignatus Bohemian followed by Goliathus regius Klug, Goliathus Cacicus and Goliathus Orientalis Moser.