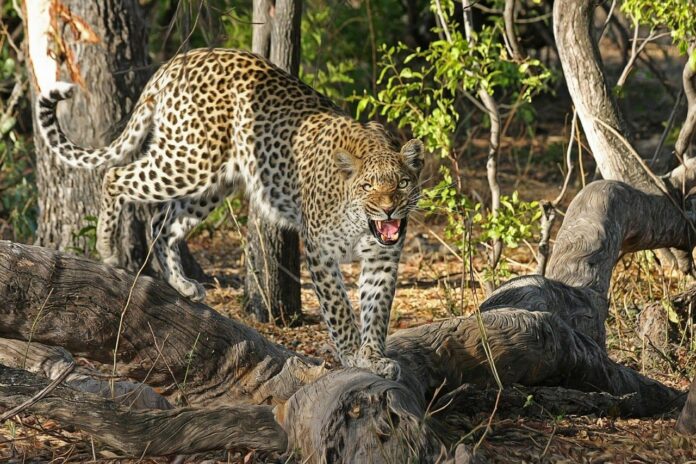 Cats are one of the most domesticated animals in the world because they used to live in a person’s home but all the cats cannot be domesticated. Scientifically cats are known as feline and it is believed that the first domesticated approximately 4,000 years ago in Ancient Egypt. There are many different types of cats such as the American Bobtail, Shorthair, and Wirehair, Bengal, Burmese, Manx, Persian, Oriental, Sphynx, Siberian, and others. We will be discussing the biggest cats in the world based on the reported weight and size of wild individuals.

Biggest Cats In The World

Tiger is the biggest cat in the world based on weight and length. it used to survive both Asian and Russian climates. As of now, 5 subspecies of tiger are known in the wild and all of them are critically endangered because of poaching and loss of habitat. Siberian tiger is the biggest of all subspecies that can grow upto 11 feet in length and can weigh up to 660 pounds. Tigers are best known for their stripes and they have more than 100 uniquely positioned stripes that are used for the identification of tigers. They are solitary animals and only meet during mating season. The avarage lifespan of species is 10-15 years in the wild and around 20 in captivity.

Lions are one of the biggest cats in the world mostly seen in the southern and eastern parts of Africa. The social cats are usually seen in groups known as “pride”.Each pride is composed of one or two males and a large number of females. They are carnivores and used to feed on antelopes, zebras and wildebeest. There are scenarios where they act as scavengers and seen attacking hyenas and steal their prey. Lions are identified by using manes. The larger and darker they suggest that the lion is very strong and other lions often avoid him. Just like tigers, Lion’s tail provides balance when lions are running but it can also be used for communication. The avarage lifespan of species is 15 years in the wild but they can survive 25-30 years in captivity.

Jaguars are the third biggest cats in the world based on weight range and length. It is mostly seen in North, Central and South America and loves to thrive in rainforests, swamps, grasslands, scrub woodlands, forests. The species is critically endangered because of hunting(fur) and even they kill livestock on the nearby farms. Talking about the appearance, they have tan or orange fur covered with black spots arranged in rosettes because they are in teh shape of a rose and hence listed as one of the animals with spots. Some of the rare jaguars are completely black known as melanistic and only from a close distance, spots are visible. The name of the species has been derived from “jaguar” which means: “he who kills in a single leap”.The avarage lifespan of species is 12-15 years in the wild and up to 25 years in captivity.

Cougars are the fourth largest cats in the world based on weight and length. They are also known as mountain lions or pumas who are native to Washington state. They are carnivores species who are very good at hiding and rarely seen in the wild. Talking about the appearance, it has a grey to reddish-tan body colour along with a long tail which is three feet (1 m) long. The chest is white in colour and there are black markings on the face, ears and tip of the tail. They used to hunt primarily on deer but they also eat porcupines, raccoons, birds, small mammals, foxes, mice, and grass. The avarage lifespan of Cougars lives about 10 to 20 years in the wild and over 20 years in captivity.

Leopard is one of the biggest cats in the world native to Africa and Asia. They are able to survive various habitats and climates right from rainforests, coastal scrublands, woodlands and swamps to the deserts, steppes and mountains. Talking about the appearance, it has a light yellow or golden coat covered with rose-shaped black markings called rosettes. Face including limbs and belly are covered with solid black spots. They have excellent eyesight and sense of hearing that makes them one of the apex predators in the world. The avarage lifespan is 12 to 15 years in the wild and up to 23 years in captivity.

The cheetah is the fastest animal on the planet that used to prefer grasslands, savannas and semi-arid areas in the wild. Talking about the appearance, it has orange fur known to have black spots and two black lines called “black tears”, which run from the inside of their eyes. It can attain a speed of 70 miles per hour which is two times faster than the racing horse. Cheetah tail gives him balance and allows fast and sudden turns. The various sound produced by Cheetah is growl, hiss, snarl, moan, bleat and purr. Also, they use facial expression to show their mood. One of the best animals prefers to mate during the dry season and the pregnancy which lasts 3 months and ends at the beginning of the wet season. It is also listed as one of the best animal patterns in the world.

The snow leopard can be seen in the small parts of Central and South Asia. It thrives in the cold and dry mountains at an altitude of 9800 to 17000 feet. The population of the species is endangered because of uncontrolled hunting. Snow leopards have a stocky body with a long tail and powerful hind legs. They have a soft and thick fur which is white, yellowish or grey in colour along with black dots arranged in rosettes around brown spots. The species is active at dusk and dawn and often preys on wild goats, Sheep and sometimes on hares, rodents and birds. Snow leopards lifespan in the wild is unknown but in captivity, they used to live for 21 years.

Eurasian lynx is one of the biggest cats in the world in terms of weight and length. It is a larger than American species that can grow upto 32 to 40 inches in length. It is mostly seen in Northern, Central and Eastern Europe to Central Asia and Siberia, the Tibetan Plateau and the Himalayas. The animal species are threatened by habitat loss and fragmentation, poaching and depletion of prey.

Clouded leopard loves to stay on trees than on the ground. They have short legs with broad paws that help in climbing trees. They have the longest canine teeth of any living feline. Clouded leopard can even climb trees while hanging upside-down under branches even on descend tree trunks head-first. The teeth and jaws of the species are similar to the primitive members of the extinct group of sabre-toothed cats. Itis an excellent swimmer and quite difficult to spot in the wild. It is mainly hunted for its teeth, decorative fur and bones.

These are the biggest cats in the world seen across the world. Kindly share and do post your comments.