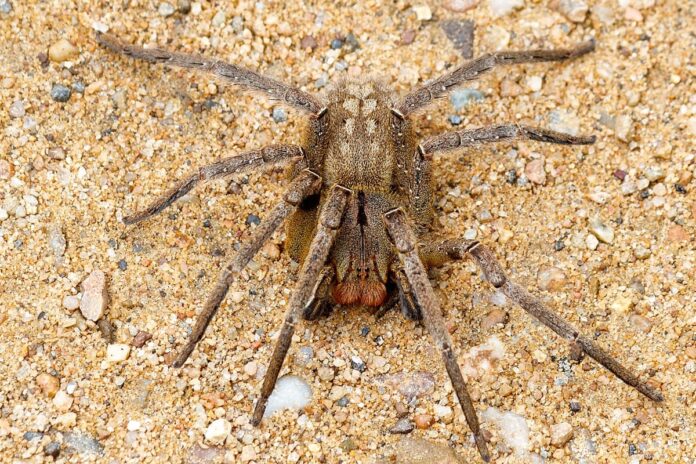 Spider means spinner in Greek who has the ability to spin webs. Almost all spiders can spin silk that is used for different purpose such as catch meals, protect eggs, build shelters, and help them travel. However, there are some spiders that do not make webs such as wolf spider and jumping spider. Spiders are one of the great hunters and used to stalk their prey which means they watch them very carefully and adapt t the prey habits that makes the catching easier. There are some of the biggest spiders in the world and prey on birds. Here is the list of largest spiders in the world where most of them belong to the tarantula family,

Biggest Spiders In The World

Goliath birdeater is the biggest spider in the world by mass and weighs around 175 g (6.2 oz). It belongs to the tarantula family and mostly seen in northern South America. Also known as Goliath bird-eating spider and it derives from the early 18th-century copper engraving by Maria Sibylla Merian where it has been seen eating hummingbird but it rarely preys on birds. It has a legspan up to 30 cm and body length of up to 13 cm and can weigh up to 175 g. It is most noticeable in the Amazon rainforest.

Giant Huntsman Spider native to Laos belongs to the family Sparassidae. It is also known as the giant crab spiders because of the appearance. The larger ones are also known as wood spiders because they love to thrive in woody places such as forest, mine shafts, woodpiles. It is mostly seen in the regions of Australia, New Zealand, South Africa, Southeast Asia, the Mediterranean, Florida, and Hawaii. They are one of the spiders that do not build webs and mostly hunt for food. It loves to eat insects and other invertebrates.

Brazilian Salmon Pink Birdeater is one of the biggest spiders in the world based on mass and length. Talking about the appearance, Brazilian salmon pink bird eater are partially pink in colour with long salmon-coloured hairs sticking out from their legs, abdomens and mouthparts.It was disocvered 1917 by Cândido Firmino de Mello-Leitão and seen in Paraíba which is home for tarantulas.It is also known as the salmon pink or LP because of its location from north-eastern Brazil and considered to be the third-largest tarantula in the world.

Grammostola anthracene is one of the largest spiders in the world based on mass and length which was first described as Mygale anthracene in 1842 by German arachnologist and entomologist Carl Ludwig Koch. Talking about the appearance, it is of Black or Reddish-brown colour mostly seen in the regions of Uruguay, Paraguay, Brazil, and Argentina. The avarage lifespan of the species in the wild is 30 years and because of laid-back temperament makes it a relatively popular pet among spider enthusiasts.

Colombian Giant Tarantula is also known as Colombian giant redleg or Megaphobema robustum mostly seen in the tropical rainforests of Colombia and Brazil and especially during logs. The spider species generally feed on crickets, other large insects, small lizards and various mice. It‭ is one of the spider species known for its defensive behaviour. The avarage lifespan of female species is 20 years, however, males live for a shorter period.

Face-Sized Tarantula is native to India and Sri Lanka. It usually comes in mottled grey and brown colour along with a camouflaged appearance. They are quite rare and have natural camouflage may make them difficult to find. These spiders have a leg span of up to 12 inches – or 1.5 faces. It was first discovered in 2009 by Ranil Nanayakkara who is a co-founder of Sri Lanka’s Biodiversity Education and Research.

King Baboon Spider was first described by Ferdinand Anton Franz Karsch in 1885 and is mostly seen in the areas of Tanzania and Kenya. Talking about the appearance, It has a rusty brown to orange in colour. It loves to thrive in the shrublands and grasslands of east Africa, often using vegetation as a protective cover for its burrows. These spider species are slow-growing and can reach a leg span of up to 20 centimetres (7.9 in). It usually preys on beetles, cockroaches, and other spiders.

One of the popular animals starts with c, Camel Spider is listed under arachnids just like true spiders but it comes in a different taxon called solifuges. It can run upto 10 miles an hour and grows upto a length of six inches long and almost half of the length is taken up by the jaws. It is also known as sun spiders, wind scorpions, beard cutters, or the “Kalahari Ferrari.” It preys on insects, lizards, snakes, and rodents. There are species found in the desert regions of every continent but Australia and Antarctica. It is one of the types of spiders that come with 10 legs.

Brazilian Wandering Spider in greek known as Phoneutria which means “murderess” because of an indication of their deadly bite. It is also known as wandering spider because they do not build webs but instead walk the jungle floor at night looking for prey. The spider species is nocturnal and find places to hide during the day. This is one of the most toxic spiders that can grow upto five inches. It is used to lift their body up on their hind legs in a defensive display. The Brazilian wandering spider appears in the Guinness Book of World Records as the world’s most venomous spider.

White Lady Huntsman Spider mostly sees in the Namibian deserts. It can grow upto 5.5 inches in length making it one of the biggest spiders in the world. It is also known as the dancing white lady because of creamy shade and dancing or rather tapping movements. It is mostly creamy and has a white body. Female species sis heavier as compared to males and lay 60-80 eggs. It is also one of the venomous spiders in the world and medical consultation within 3 hours is recommended.