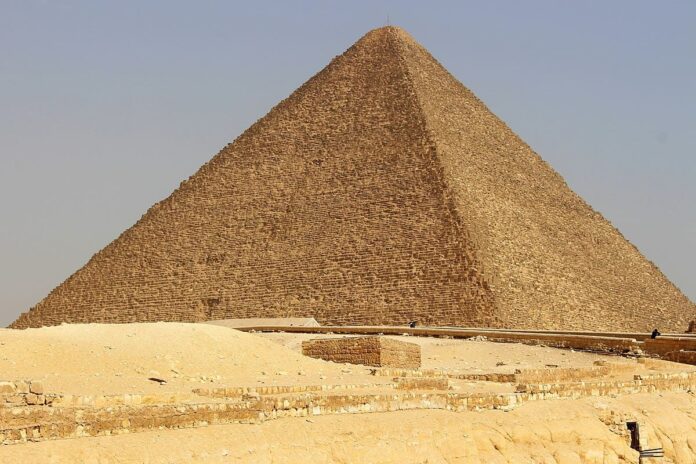 Ancient Egypt was a civilization based in ancient North Africa. It is concentrated along the regions of the Nile River, situated in the place that is now the country Egypt. The civilization was dating back to 3150 BC and popular for its intricate artwork and amazing stone monuments. The cities of ancient Egypt grew up along the Nile river and people have a good knowledge of irrigation and with that, they have grown rich and profitable crops. They have also built many ancient Egyptian monuments including pyramid that was used for burying Pharaohs in the secret tombs. Here is the list of famous monuments of Ancient Egypt,

The Great Pyramid of Giza is believed to be completed in c2560 BC and it is 147 metres tall and took over 20 years to build. It is also known as the Pyramid of Khufu or the Pyramid of Cheops and considered the oldest of all the Seven Wonders of the Ancient World. This is the tallest man-made structure for about 3,800 years and later outcome by Lincoln Cathedral in the 1300s. Great Pyramid of Giza is situated in the Giza Necropolis of Egypt and the construction with the help of 2.5 million stone blocks to be cut, moved and positioned. The construction was started by Egyptian Pharaoh Khufu then it was continued by his son Khafre and finally completed by Menkaure.

Also Read:10 Most Popular Monuments Of Love in the world

2.Valley of the Kings

Valley of the Kings is one of the greatest monuments of Ancient Egypt which is also known as “The Valley of the Gates of the Kings“. The ancient Egyptians usually built by Pharaohs in the hidden underground mausoleums to hide their treasures and their precious items. It is situated on the west banks of the Nile and has a total of 63 tombs and chambers and has two parts namely East Valley and West Valley. It is mostly used for the burials from 1539 BC to 1075 BC. The tombs of the valley were decorated with the help of Deir el-Medina, who came from different routes over the Theban hills.

Colossi of Memnon is also one of the greatest monuments of ancient Egypt also known as el-Colossat or el-Salamat representing Amenhotep III (1386-1353 BCE) of the 18th Dynasty of Egypt. It is located in the modern city of Luxor with a face looking towards the east of the Nile river. It depicts the seating of a king on a throne ornamented with imagery of his mother, his wife, the god Happy, and other symbolic engravings. The statue was built with the help of blocks of quartzite sandstone with a hieght of 75 ft. and weighing approximately 750 tonnes. The Greek writers referred to the monument as the Memnonium and itis one of the most popular tourist attraction in the country.

4.The Temple of Hatshepsut

The Temple of Hatshepsut is also known as the Djoser-Djeseru is a mortuary temple of Ancient Egypt situated in Upper Egypt. The temple has been dedicated to the sun god Amon-Ra and it is being built by Hatshepsut who ruled the kingdom from 1479 BC till he died in 1458 BC. It is located beneath the cliffs at Deir el-Bahari near the west bank of the Nile river. The temple is situated next to the mortuary temple of Mentuhotep II who is an inspiration and later become a quarry. The temple was designed by Senemut who is the royal architect of Hatshepsut.

5.The Step Pyramid of Djoser

The Step Pyramid of Djoser is one of the most famous monuments of Ancient Egypt built by Djoser who is the first king of the Third Dynasty of Egypt. Djoser’s is believed to be the son of the last king of the Second Dynasty of Egypt and his mother was the queen Nimaathap and his wife the queen Hetephernepti, who was probably his half-sister. This is the first-ever pyramid built by the Egyptian kings and was constructed during the 27th century BC burial of Pharaoh Djoser by Imhotep and his vizier. The pyramid is 62 meters high and made up of polished white limestone.

The Temple of Luxor is one of the huge monuments of Ancient Egypt located on the east bank of the Nile River. It is also known by the name of Luxor from ancient Thebes. It was constructed in 1400 BCE and the people of Egypt refer to it by its native name, ‘pet rest, which means the southern sanctuary. It has been dedicated to the three Egyptian gods Amun, Mut, and Chons. One of the most famous festivals called the Opet festival was celebrated in the temple complex and constructed using sandstones. The complex was abandoned for a longer duration and later the construction was again started by Alexander the Great has in 320 BC.

Abu Simble Temple was constructed by Ancient Egyptian king Ramses II and the process began in Aswan. It was taken out from a solid rock cliff and the primary reason for celebrating was to celebrate the victory of Ramses II. The temple has been dedicated to the Egyptian gods such as Ra-Horakhty, Ptah, and Amon. The complex has two temples, first is The Grand Temple that stands 30 meters high and 35 meters long features seated colossi and the other one is a small temple constructed for the Egyptian Queen Nefertari, Ramses II most favourite wife. It is located 150m from the grand temple features four great seated colossi, two of Ramses II and two of Nefertari.

Bent Pyramid was the first Pyramids to be ever built in ancient Egyptian history and was built by Pharaoh Sneferu. His father Khufu is the builder of the Great Pyramid of Giza in 2600 BC and it is also known as the Southern Shining Pyramid. It is known as bent because of miscalculations & engineering problems. The wieght of limestone blocks is also appropriately distributed that resulted in the bent section. It is built in the south of Cairo on the west bank of the Nile around 2600 BC. Bent Pyramid is the first one to have smooth sides and two entrances by that side and definately not a step Pyramid.

The Great Sphinx of Giza is also known as the Sphinx of Giza or just the Sphinx is one of the greatest monuments of ancient Egypt that has a lion’s body and a human head in a mythical creature. The limestone statue is located on the west bank of the Nile River in Egypt. It is facing directly from West to East and stands on the Giza Plateau on the west bank of the Nile in Giza, Egypt. It is the largest monolith statue in the world and there were numerous conflicts between the Egyptologists over the point when it was built but a large portion of Egyptologists believe that it was built during 2500 BC by Pharaoh Khafre.

Red Pyramid is also known as the North Pyramid is one of the largest pyramids located in the Dahshur necropolis in Cairo, Egypt. It is constructed with the help of red limestone stones and also listed as the third-largest Egyptian pyramid, followed by Khufu and Khafre at Giza. The red pyramid does not mean that it is red and cased with white Tura limestone and only a few of them remain at the pyramid’s base mostly at the corner. This is the third pyramid build by the Old Kingdom Pharaoh Sneferu and was built 2575–2551 BC. The height of the pyramid is 104m making it the world’s 4th largest pyramid in Egypt. 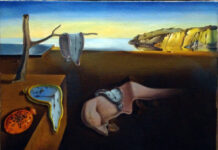 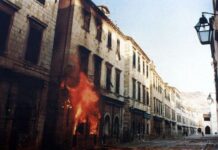 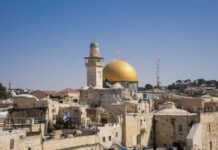