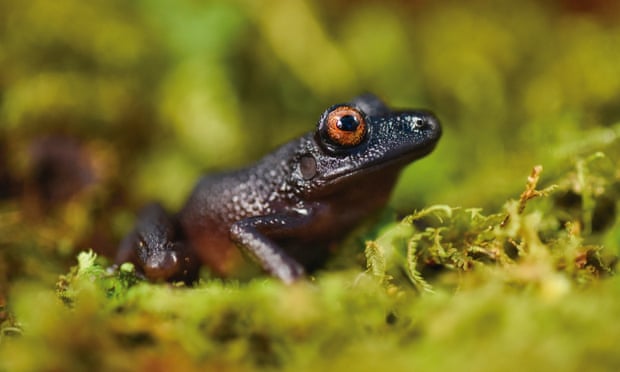 Nature has again given us an example where two animal species devil-eyed frog and satyr butterfly that has disappeared and have not seen to humans for approximately 30 and 100 years, they were seen in the Bolivian jungles. Both of them seen from 30 miles from the capital city of La Paz. Scientist and researchers of the Conservation International have started a program known as Rapid Assessment Program (RAP) to find out new insect species but the team come up with 10mm-long lilliputian frog, two metalmark butterflies, the adder’s mouth orchid, and even a new species of pit viper, Hail to all the researchers and Scientists of the Conservation International program. 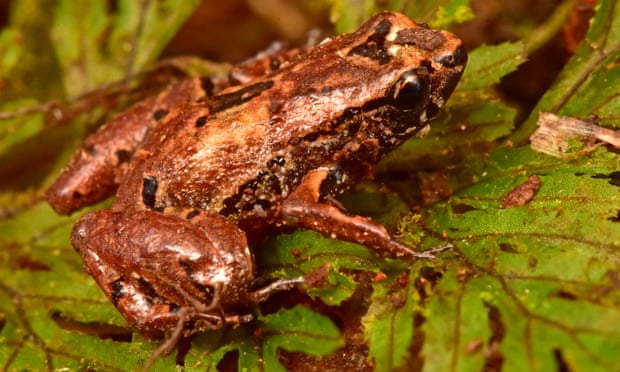 The lilliputian frog (Noblella sp nov) is about 10mm long and was found by an expedition to the Zongo valley in Bolivia. Photograph: Trond Larsen/Conservational International

Overall search has taken them to the Zongo Valley which is also known as “sky islands.” by the locals. The valley is known for steep mountains and pristine forests. The Rapid Assessment program, which was led by Trond Larsen from Conservation International has updated the guardian that they were not imagined of finding new vertebrate species at all but both of species that includes the frog and viper was surprising and exciting.

The devil-eyed frog ( Oreobates zongoensis) was previously known only from a single individual observed more than 20 years ago in the Zongo valley. Photograph: Steffen Reichle/Conservation International

“We certainly did not expect to find new vertebrates, like the two snakes and the frog, so that was very exciting,” said Trond Larsen, of Conservation International, who co-led the expedition with Claudia Cortez, the head of conservation for the municipal government of La Paz.

“What’s so amazing is that you could hear the distinctive call of the little frog throughout the forest, but you get close and they stop calling,” Trond said. “Trying to spot it when it’s not making a sound and is hidden in the moss was a tremendous task.”

The species that have discovered are new species of bamboo and cup orchid, as well as a snake whose body sported the green, yellow, and red colors of the Bolivian flag. It closed its petals at night, which the scientists described as “like hands in prayer.” “This truly beautiful and diverse landscape has become a safe haven for amphibians, reptiles, butterflies, and plants that haven’t been found anywhere else on Earth,” said Larsen. 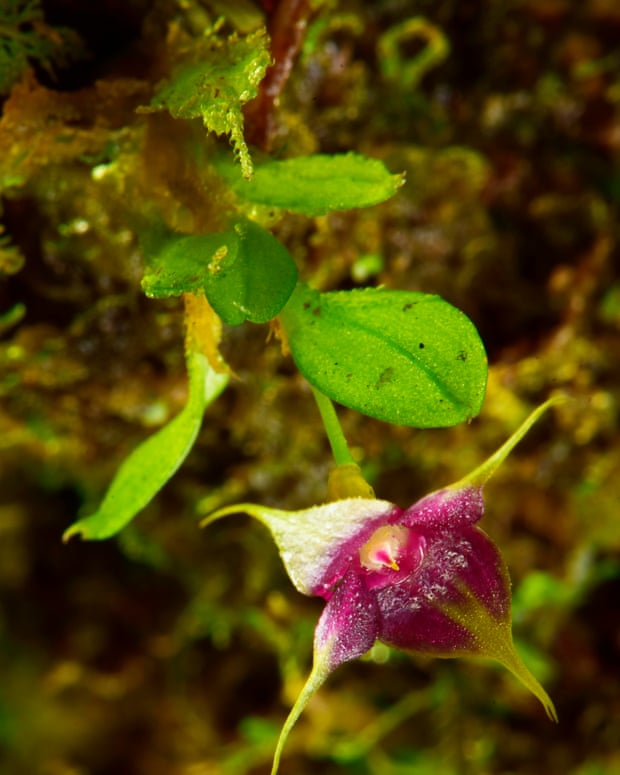