Trees can be simply defined as a wooden stick trying hard to reach the sky. The stick of the tree is called a trunk and raising itself tall will help to protect itself from insects and animals. Trees can be divided into two parts such as conifers and broad-leaved. Broad-leaved trees are usually rounded instead of Conifers grow into a triangular shape. To be called a tree, the plant should be twenty feet tall. Trees also has a live birth, death and rebirth through the various seasons. There are multiple trees that are alive for thousands of years and here is the list of oldest trees in the world,

Oldest Trees in the World

This is the oldest clonal tree in the world with an estimated age of over 80,000 years old. The species of the tree is Quaking Aspen (Populus tremuloides) situated in the Fishlake National Forest, Utah, USA. It is still alive and the oldest living organism. This is actually a clonal colony that shares one underground root system. The tree is able to survive by this time because it continuously clones itself, howvever, there are studies that say that the Pando tree is dying and it is observed that it is declining in size and even slowed down in growth. 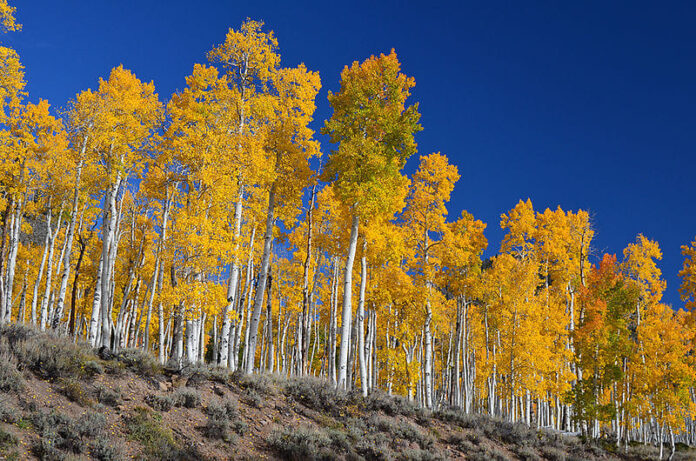 Jurupa Oak is also one of the oldest trees in the world with an estimated age of 13,000 years. The species of the trees alive is Palmer’s Oak (Quercus Palmeri) and situated in the Jurupa Mountains, Crestmore Heights, California, USA. The tree is still alive clonal tree that survived such long years because of cloning itself. The age of the tree determined by the size of the colony and the growth of individual stems. The is the only palmer’s Oak in the area because the species prefers wetter and more mountainous areas. 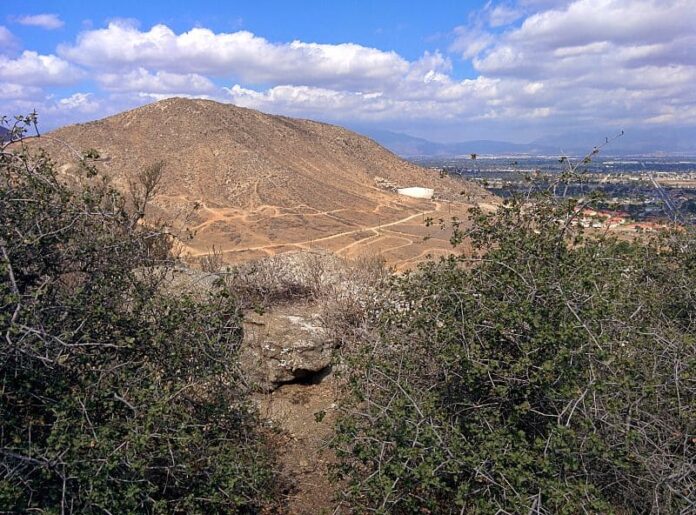 Old Tjikko is the species of Norway Spruce (Picea abies) located in the Fulufjället Mountain of Dalarna province in Sweden. The tree was first discovered in Sweden in the year 2008 with an estimated age of approximately 9,550 years old. It can able to regenerates new trunks, branches, and roots in the same spot. The root system of the trees is approximately 10,000 years old. 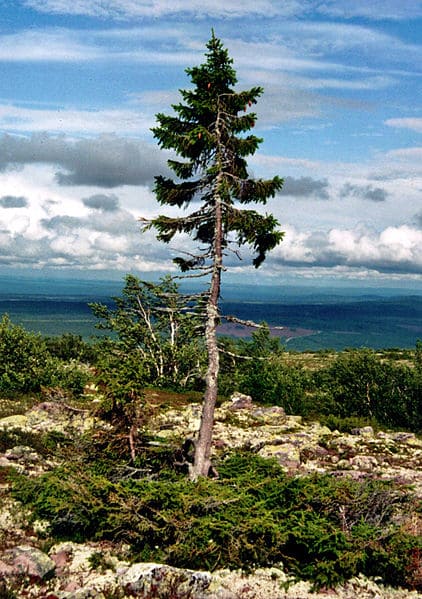 The Great Basin bristlecone pine scientifically known as Pinus longaeva located in Inyo County, California, USA. The tree was named the oldest tree in the world back in 2012. The tree was founded by Tom Harlan in 2010 who was working on samples Schulman collected before he also died. The tree is still alive with an estimated age of 5,071 years old. 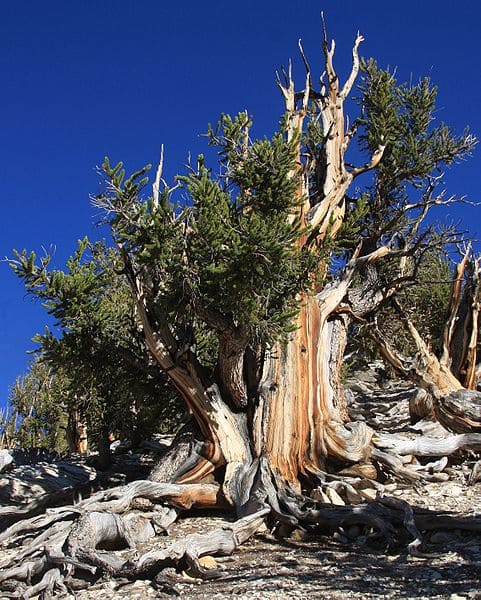 Prometheus is the oldest tree in the world with an estimated age of approximately 4,862+ years old. The tree is growing near the tree line on Wheeler Peak in eastern Nevada, United States. The tree was cut down by 1964 by a graduate student and the United States Forest Service personnel for research purposes. The meaning of the tree refers to the living thing who stole fire from the gods and gave it to man. 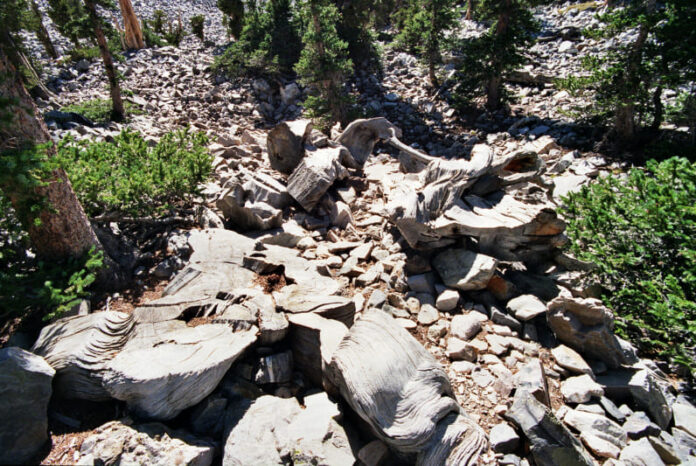 Methuselah is also one of the famous and oldest trees in the world is approximately 4,852-year-old. It is located in the White Mountains of Inyo County in eastern California. This is a non-clonal tree dating back thousands of years. The medium-sized tree can reach upto 5 to 15 m (16 to 49 ft) tall and trunk diameter can be up to 2.5 to 3.6 m (8 to 12 ft). The bark of the tree orange-yellow in colour and scalpy. Talking about the leaves, they have the highest persistence and most of them can remain green for 45 years. 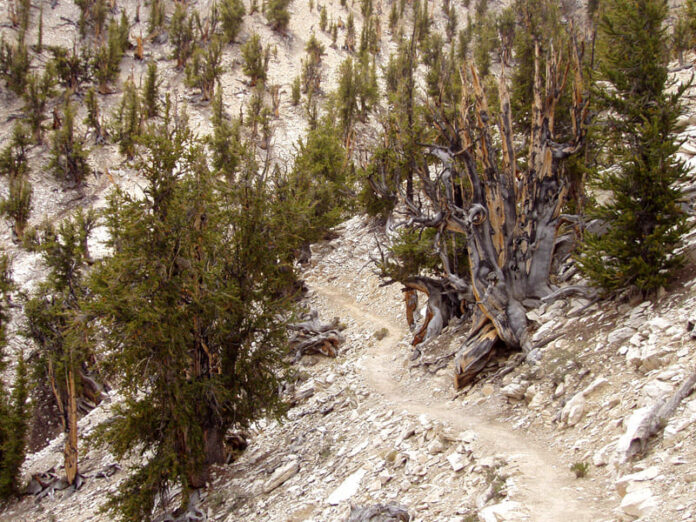 Llangernyw Yew scientifically known as Taxus baccata situated in the Conwy, Wales with an estimated age of approximately 4,000 – 5,000 years old. The dating of teh yew tree is difficult because teh core has been lost and have several offshoots growing out of the tree’s central area. The approximate age was determined by David Bellamy who is an English botanist, author, broadcaster, and environmental campaigner who stated that the tree is approximately 4,000 – 5,000 years Old. It has a special place in Welsh mythology which is associated with the spirit Angelystor (the “Recording Angel”).

Sarv-e Abarkuh scientifically known as Cupressus sempervirens situated in Abarkuh, Iran and hence listed as one of the oldest trees in the world. The age of the tree estimated to be between 4,000 – 5,000 years. It is believed that the tree was planted by Zoroaster who was an Iranian prophet, or Japheth, the third son of the Biblical figure Noah. It is being protected by the Cultural Heritage Organization of Iran. The authorities were trying to nominate the tree to UNESCO’s World Heritage List.

One of the oldest trees is located in the Alerce Costero National Park in Chile is the oldest living tree in South America. The tree stands at 60 m tall (196 ft) with a diameter of 4 m (13 ft) and a perimeter of 11 m (36 ft). According to the researchers, the Gran Abuelo germinated around 1,500 BCE. The age of the tree was determined in 1993 after researchers used a technique known as growth ring to verify its antiquity and it is believed that the tree is 3,649 years old. 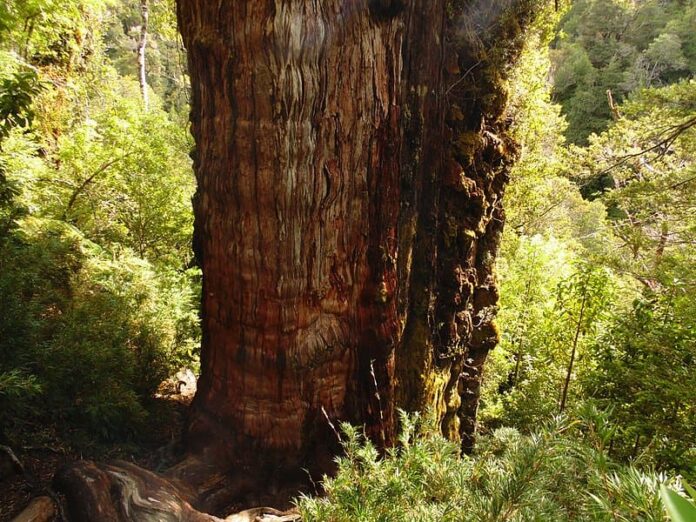 The Senator scientifically is known as Taxodium ascendens located in Longwood, Florida. The biggest bald cypress trees in the world can grow upto 36 m tall (118 ft) along with a circumference of 10.7 m (35 ft). The tree was destroyed by fire in 2012 that was started by Sarah Barnes and a friend who was smoking inside the tree. Because of this fire, the tree was broken from inside out and later in the year 2014, a 50-foot-tall clone of The Senator was planted in the park and named “The Phoenix.” 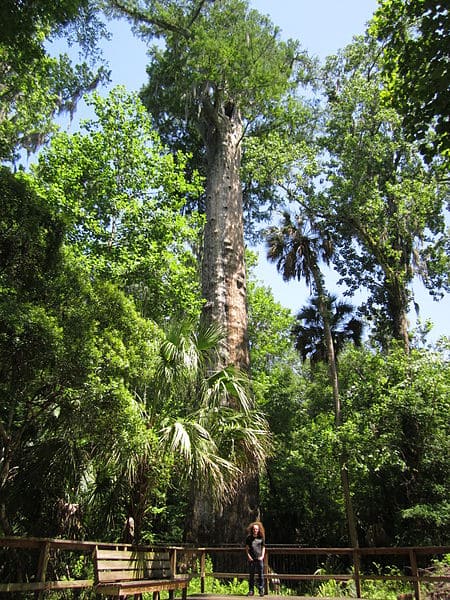 The Llangernyw Yew is one of the oldest trees in the world dating between 4,000 and 5,000 years old. situated in the village of Llangernyw, Conwy, North Wales. The fragments has been and teh core part of the trees has been lost and now only offshoots are left. The total girth of the tree is 10.75 m inside the ground level and the tree thrives in the churchyard of St. Digain’s Church in Llangernyw village.

Gumeli Porsugu is a yew tree dating back to 4,115 Years old. It is growing high and located in the district of the Black Sea Region, in Turkey. It is also registered as a Memorial Tree on April 2, 2018. The tree is included within the borders of the Gümeli Nature Monument on July 14, 2016.

The ancient yew tree is one of the oldest trees in the world estimated to be 4,000 years old. This is the oldest living tree in the UK set in the churchyard in Perthshire. The tree is now protected by a wall, howvever, the trunk is now split into several parts and it will now look like many trees. The ancient European yew tree is also one of the oldest trees in Europe but it may be a remnant of a post-Roman Christian site and around 1,500 years old.

European olive tree is considered as an evergreen tree that grows at a slow rate with height increases of less than 12″ per year. These were exclusively from Arizona and California as ornamentals and they are expected to grow in Hardiness Zones 9–11. It will bloom like a profusion of spring flowers and looks exceptionally beautiful in nature. It grows at a height of 30–40′ and a spread of 30–40′ at maturity.

The President is a giant sequoia tree located in the Giant Forest of Sequoia National Park in the United States of America. The hieght of the tree is approximately 247 feet high with 27 feet in diameter. This is the third-largest tree in the world by the volume of the trunk and also listed as the oldest-known living sequoia approximately dating back to 3,200 years old. The tree was named after President Warren G. Harding in 1923.

Alishan Sacred Tree was discovered by Japanese people in 1906 near the current Shenmu Station. It is 50 meters high and the chest height is 25 meters. The tree is estimated to be 3,000 years old and is regarded as a sacred tree. This is one of the most famous landmarks in Taiwan at home and abroad. The tree was struck by lightning in 1953 and the vitality was severely injured.