Utah’s number-one Major League Soccer (MLS) franchise has sealed a new stadium naming rights partnership worth $100 million. Real Salt Lake has teamed up with America First in a new 15-year arrangement which sees the Rio Tinto Stadium become the America First Field. The partnership is set to be worth $6 million per season, three times that of its previous naming rights deal with Rio Tinto. Real Salt Lake remain in with a shot of reaching the Final Series play-offs, sitting just a point behind seventh-placed Minnesota with 33 games played. They are one of the rank outsiders for the 2022 MLS Cup, with Sky Bet pricing them at +10000 to win their first trophy since 2009. This is an attractive line with a sportsbook that Oddschecker dubbed as one of the most competitive for new customers…

America First was one of the founding partners with Real Salt Lake when the franchise first entered the MLS in 2005. However, this is its most substantial collaboration yet, building on its partnerships across the Real Monarchs side in the MLS Next Pro development league and the franchise’s affiliated youth teams and training camps.

As part of the terms of the new deal, America First and Real Salt Lake are set to unveil co-branded debit and credit cards aimed at the Real Salt Lake fan base. Fans with these debit cards can qualify for a host of exclusive discounts across the team’s merchandise, as well as ticketing concessions for all ages. Cardholders will also have exclusive access to off-field events throughout the season.

John Kimball, president of Real Salt Lake, described the two organizations as sharing “many tenets”, including a shared “vision” and “innovation” for the “collective community” of Salt Lake City and the rest of Utah.

All there is to know about the America First Field

The America First Field is a “soccer-specific” stadium, built solely for the purposes of the Real Salt Lake franchise. A funding arrangement between owner Dave Checketts, Sandy City, and Salt Lake County resulted in the franchise breaking ground on the new stadium in the summer of 2006.

Eventually built at a cost of $110 million, the America First Field – then known as the Rio Tinto Stadium – would be a jewel in the crown of Utah’s sports scene. It was designed by Rossetti Architects, with the ground formally opened on October 9, 2008, in a clash between Real Salt Lake and the New York Red Bulls.

There have been rare occasions where the America First Field has been used for other sporting events, namely rugby. College rugby games have been hosted here since March 2010. Before their first campaign in the 2018 season,  Major League Rugby’s Utah Warriors faced the Glendale Raptors in an exhibition friendly.

The stadium has also been a premier live entertainment venue in recent times, with no less than six live music acts taking to the stage at the America First Field. The Eagles were the first headline act, venturing here as part of their Long Road Out of Eden Tour in 2009. A year later, this was followed by performances from Paul McCartney and KISS. It was the first time the former Beatles band member had performed on his own in Utah.

Journey’s Eclipse Tour rolled into town in the summer of 2011, followed by performances from Neil Diamond in 2012 and Jason Aldean in 2013. There have been no further live acts since, although America First’s increased involvement may make this more of a possibility, if the brand is keen to increase its statewide exposure and beyond.

How have Real Salt Lake fared in recent seasons?

Real Salt Lake have been through a period of serious stagnation in the last few years. In two of the last five seasons, the franchise has failed to qualify for the postseason playoffs. In those three postseason playoff outings, they reached the quarter-finals twice and were dumped out in the first round once.

It’s a far cry from a decade ago, when Real Salt Lake were not just one of the best teams in the US, but one of the best in the continent. After winning the MLS Cup in 2009, Real Salt Lake cruised through the group stages of the CONCACAF Champions League and eventually made their way to the final, losing to Mexican giants Monterrey over two legs.

The team’s last CONCACAF Champions League appearance came in the 2015/16 season, when they qualified out of the group stage but fell at the quarter-final hurdle to another Mexican outfit, UANL.

The team has chopped and changed its head coach since the departure of Jason Kreis in December 2013, with five managers in the last eight seasons. Pablo Mastroeni is the latest appointment in the Real Salt Lake hot seat. The Argentina-born 46 year old previously managed the Colorado Rapids for three years, before holding assistant roles at Houston Dynamo and, latterly, Real Salt Lake. Mastroeni got the nod after the unforeseen exit of Freddy Juarez midway through last season.

After a relatively successful interim period, Mastroeni was named head coach for the 2022 campaign. Postseason playoff qualification would do his chances of staying on for 2023 no harm whatsoever. 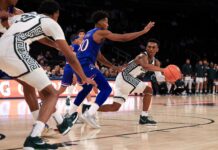 How to Bet on College Basketball: A Complete Guide 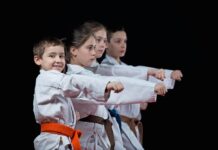 What Age Should Your Kid Start fIn Karate? 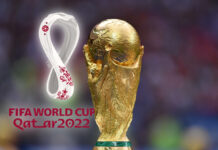