Home Net Worth Rihanna Net Worth in 2022 | How Does She Make Money? 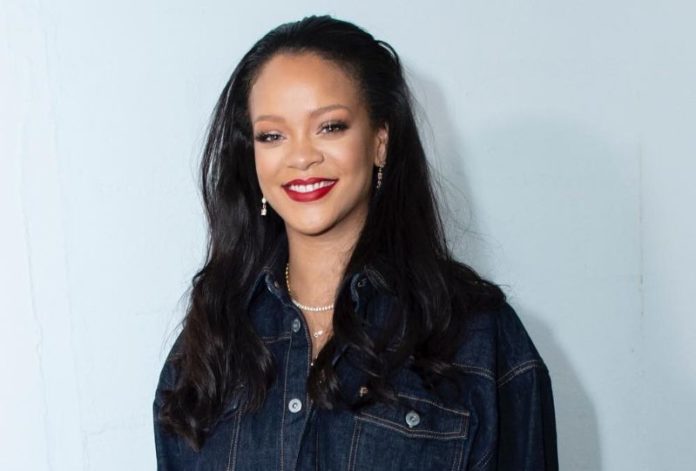 The wealthiest female musician in the world has been on the news for a long time now. Not only is she making boatloads of money right now, but the Barbadian singer is also cracking it in music.

According to Forbes, Rihanna’s net worth is approximately $1.7 billion in 2022. That’s just INSANE!! The Fenty-Beauty queen is just second to Oprah in being the wealthiest female entertainer. Most of Rihanna’s money comes from business, the rest of it from music sales and tours.

After setting foot in the music industry, Rihanna took her first leap into business when she released her personal fragrance brand Reb’l Fleur. It made over $80 million in just the first year.

The impeccable businesswoman used her grasp over the business and launched a dozen more perfumes over the years.

The sassy girl got involved with companies like Rover Island, Armani, Dior, CoverGirl, and many more. Rihanna cracked deals with these companies helping them to grow their brand awareness and sales.

But the final play was yet to be played. The business mogul partnered up with Bernard Arnault’s LVHM Conglomerate to start a brand new company Fenty Beauty in 2017.

The cosmetics brand introduced colors and shades of over 50 variants for the first time. The goal was to launch shades for women of color. And surprisingly none were doing that up until then.

As a result, the company made more than $550 million in revenue in just the first year. Times included it in The 25 Best Invention of 2017. It’s estimated that $1.4 billion of her net worth comes from Fenty Beauty — by holding its half of the stakes. The hip hop sensation’s other company, Savage X Fenty, a lingerie brand, brings her another $270 million, the company’s total valuation is over $1 billion.

But business is not without its downs. The mogul had to shut down her fashion label Fenty after it took a serious hit from the pandemic. Rihanna reportedly launched another business in 2022 called Fenty Skin.

Even though Rihanna hasn’t released a single studio album since 2016, her total sold record figure has crossed 250 million. It makes her one of the best-selling records of all time.

Having released eight albums so far, this charming lady’s numbers are sky-high. In 2009, her album Rated R became double platinum in the US and single platinum in Canada.

Unapologetic, the 2012 release topped the Billboard 200 chart gobbling a 3x Platinum from the RIAA. Rihanna got another 3x Platinum for Anti, her last album so far.

Rihanna bought a $5.545 million condo in Century City, LA. Later the billionaire bought another home in Hollywood Hills for an unknown price. It reportedly sold for $10.4 million.

Rihanna has multiple properties in her home country Barbados and she recently bought a $13.8 million house in the famous Beverly Hills.

The singer is also a car enthusiast. Rihanna has a Porsche 997 Turbo in her garage. She also owns a Lamborghini Aventador, one Mercedes Benz SLR McLaren, and one Maybach 57S.

Born on February 20, 1988, Robyn Rihanna Fenty was one of her five siblings. Growing in an abusive family, she suffered severe headaches other forms of illnesses. As the singer grew up in the midst of music, she soon picked up her talent. Later when American Record Producer Evan Rogers discovered the girl, she was all set for glory.

Rihanna’s personal life has been eventful over the years. She had sued her accountant over fraud in 2012. Later it was settled out of court with a reported amount of $10M+ in Rihanna’s pocket.

Rihanna’s then-boyfriend Chris Brown was charged with domestic violence and physical assault over the singer as well.

Rihanna is currently dating the rapper A$AP Rocky. The couple has worked together for years before getting into a relationship in 2022.

Rihanna’s list of awards and honors is never-ending. With 9 Grammy Awards, 8 Billboard Music Awards, 13 American Music Awards, 7 MTV Video Music Awards, she is one of the most decorated singers in the world.