Home Net Worth Sabrina Carpenter Net Worth in 2023 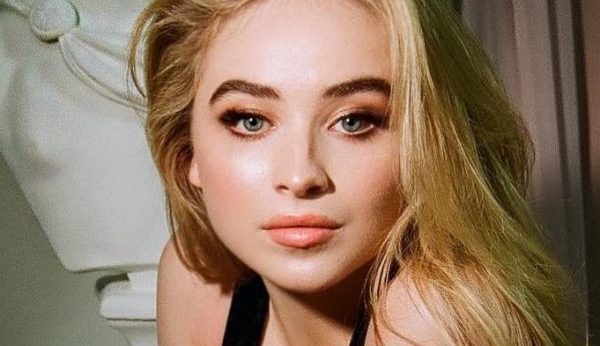 Imagine being the poster girl of Disney, having multiple lead screen roles in movies and tv shows, and releasing four studio albums, that’s like the dream of every artist, right? Well, meet Sabrina Carpenter, the magical princess of wonderland who’s done all of it before reaching 20. I’ll give it a minute to sink.

What is Sabrina Carpenter current Net Worth?

The multi-hyphenate talent of Hollywood and the pop music industry, Sabrina Carpenter is sitting over some serious money here. As per Celebrity Net Worth, her net worth is estimated to be $4 million in 2023. To be honest, I’d be surprised if it was less than this. Because there is no way you can deny the amount of hard work Sabrina has put in, be it in acting, singing, brand advertising, and even producing.

Sabrina Carpenter got her first big break in the sitcom The Goodwin Games with a recurring role. So far it was good. Not great but good.

Everything changed for Sabrina around 2013-14 when Disney offered her the lead role of Maya Hart in Girl Meets World. Although we can’t give an accurate amount, we can predict the ballpark range. According to TMZ, Sabrina’s co-actor Rowan Blanchard pocketed around $210K for season one. Another of her co-star was reportedly getting $8K per episode. So yeah, taking the gender inequality into account, Sabrina did make a hell of a lot more than I do.

The whimsical actress was now on the path to success as she started getting a lot more offers. Within a short period, Sabrina had done projects like “Adventures in Babysitting”, “Tall Girl”, “Work it” (she produced the last one). After all these, she created her own production house At Last Production at the age of 21.

Within days of launching her business, Sabrina sold a pitch for a musical of “Alice in Wonderland” for a whopping seven-figure amount, reported Forbes.

After “Work It”, HBO Max is hosting Sabrina’s next production “The Distance from Me to You”.

Moving on from movies and TV shows, the actress is big in brand endorsements as well. Starting as the brand ambassador of Aéropostale, Sabrina released her personal clothing line with the company. Prior to that, she was the face of Revlon, a beauty brand, in her teen years.

Finally, let’s get to know the singer Sabrina. Her first album was released in 2015 by the name Eyes Wide Open. Before releasing the album, people got to know the singing side of the multitalented personality from the EP Can’t Blame a Girl for Trying.

With a total of four studio albums, she has amassed more than 1 Billion streams and views on Spotify and YouTube separately.

The 1999-born star grew up in Pennsylvania where her family nurtured Sabrina’s musical talents. The songstress started her career as an actress in 2011 when she got a role in Law and Order: SVU. Sabrina had a home studio built for her to practice music and stretch and creative boundaries, which proved to be fruitful when the rising musician proved her talent in a music contest run by Miley Cyrus.

The singer lives in her family home in Los Angeles with her mother and sister. You can join her on a tour of the beautiful residence with British Vogue here.

Sabrina is rumored to be in a relationship with Joshua Bassett who is the ex-boyfriend of another pop sensation Olivia Rodrigo. The controversial love triangle has been a much-discussed gossip of the music world.

Sabrina has so far won two Radio Disney Music Awards and was nominated for one iHeart Radio Music Awards, and three BreakTudo Awards.