FanX 2015 is January 29-31, 2015, at the Salt Palace Convention Center in downtown Salt Lake City, Utah. FanX 2015 is designed to provide fans with a more intimate experience with the convention and the way they interact with the celebrity guests. This is the second FanX and fourth event from Salt Lake Comic Con and Dan Farr Productions.

“Salt Lake Comic Con has brought to our Capital City every sort of comic book, movie and television hero, from Captains of the Enterprise and leaders of the Rebellion to costumed heroes and more Doctors than you can shake a Dalek’s plunger at,” said Mayor Ralph Becker, Mayor of Salt Lake City. “The great city of Salt Lake is welcoming of everyone who seeks to celebrate, share and strengthen the arts and culture, whether through comics, crafts, movies, games, or steampunk unicorn Deadpool costumes.”

“We’re grateful for the support of Mayor Becker and Salt Lake City, as well as the support of our fans, partners, sponsors and the great state of Utah. We recognize we couldn’t do any of this without all of these groups and know we have the best fans in the world.”

Ticket sales for FanX have been outstanding and will likely sell out by Saturday! Additionally, FanX will feature more than 150 hours of panel programming and is introducing Radio Frequency Identification (RFID) technology to help eliminate lines and get fans into the event more quickly.

There is a robust Artist Alley, Author Avenue, a unique set of vendors, Kidcon, photo ops and autographs with your favorite celebrity, Red Carpet party and lots and lots of Cosplay.

“Our mission is to provide our attendees with ‘the Ultimate Fan Celebration,’” said Bryan Brandenburg, Salt Lake Comic Con Co-Founder and Chief Marketing Officer. “We know how passionate our fans are and go to extraordinary lengths to supply the very best variety of pop culture experiences. There truly is something for everyone.

Salt Lake Comic Con has become such a successful event, and the secret to that success are the fans spreading the word about how fun and unique our events are. This will be our best event yet.” 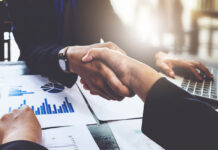 How Can a Top Accounting Firm in Canada Help Your Business? How To Use Custom Enamel Pins in Your Marketing Strategy 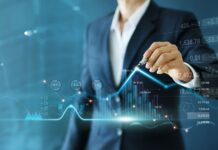 What Is The Most Commonly Outsourced It Service For Businesses?