Home Net Worth Get the Scoop on Sam Logan’s Net Worth, Biography, & More! 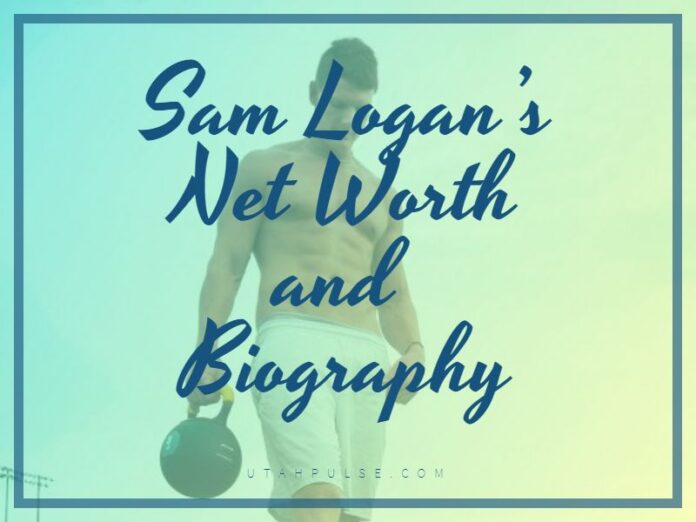 Are you someone who enjoys watching reality TV and wants to find out more about Siesta Key’s Sam Logan? Or did you hear about Logan somewhere else and you’re now on a search for more details about his exciting and lavish lifestyle? No matter what the case may be, we’re here to provide you with all the scoop!

It’s not uncommon for people to be curious about other people’s lives, especially when it comes to celebrities and influencers. In today’s world of social media, we’re already fairly acquainted with what celebs do and what their daily lives consist of.

However, if you want to know even more details, such as how much money certain celebrities make and what their income is, we’re here to inform you about it! If you are interested in learning more about Sam Logan’s life and income, you’re in the right place!

We’re here to inform you about everything there is to know about him, including who he is, what he does, what his net worth is, and more!

Who Is Sam Logan?

Sam Logan is an American businessman, social media influencer, investor, and reality TV star best known for his role in MTV’s Siesta Key. If you’re a fan of the show, you’re probably already familiar with Logan. If not, we’re here to provide you with all the scoop!

Sam Logan was born in 1991 in Florida, the U.S. He graduated from the University of Central Florida.

Some of the fun facts about Sam Logan is that he is filthy rich and adores luxury cars. He has, in his possession, a variety of different and very expensive cars that he often showcases on his social media accounts. He also has two adorable dogs, Chickpea and Tofu, that he also boasts about on his Instagram.

Logan has a close relationship with his parents, Elizabeth and Samuel, as well as his brother Max. As one of the biggest stars on the Siesta Key show, Logan lives a very exciting and interesting life many are invested in and follow everywhere they can.

What Does Sam Logan Do for a Living?

Logan was born into a business family and he went on to become somewhat of a businessman himself. Logan is believed to be a 10% owner of E.W. Scripps Co., which is a company that his mother held partial ownership of.

Although Sam Logan was listed as a 10% owner, it’s unclear whether this was him or his father, whose name is also Sam Logan. The Discovery Channel bought the daily newspaper company, Scripps, in 2018 for around $14.6 billion.

Since there were not enough details about what exactly Sam Logan does for a living, fans started calling him a trust fund baby and believing that he lives off of his parents. We can’t be sure whether this is true or not, but considering his lavish lifestyle that fans are able to keep up with on social media, it’s easy to make such an assumption.

What Is Sam Logan’s Net Worth?

Sam Logan’s history with money and income starts way before becoming a famous reality TV star. Although he earns a lot of money on the show he’s in, Siesta Key, he also makes a great deal of money from his family.

His family has been holding significant investments in the entertainment world for a long time, which include several major networks, such as Food Network, HGTV, DIY Network, and the Travel Channel. With that being said, Sam Logan’s net worth is estimated to be around $12 to 15 billion.

There’s no doubt he lives a luxurious and lavish lifestyle, which can be seen through his constant traveling with a private jet, and his possession of various luxury cars such as Rolls Royce, Lambo, Ferrari, and Porsche.

Considering how popular Sam Logan is and how invested the fans of Siesta Key are, it’s no wonder you would want to know all about his love life. Lucky for you, we have all the deets! Forget about wasting hours trying to find info on your own, and keep on reading to see whether Sam Logan has a girlfriend, who he used to date, and more!

Sam used to date his co-star Juliette Porter back in 2020, but they broke up the following year. They had a bumpy and rollercoaster-like relationship that has been fully captured on the show the two were in (Siesta Key). The fans of the show were crazy about them as well—so much so that some of them went berserk when they realized the two broke up and that Sam has been spotted with other women.

Ever since the two called it quits, fans have been speculating and spreading rumors about potential new girlfriends. However, not all of these rumors are true, and it is often difficult to discern what is false and what is not.

Logan was first believed to be dating a model and influencer, Meghan Bischoff. This was never confirmed by either Sam or Meghan, so we cannot be certain whether the two had a fling or not. Meghan posted a photograph that fans managed to connect to Sam, but he never posted or said anything regarding the situation.

Who Is Sam Logan Dating Now?

The latest scoop about Sam’s romantic life comes from social media, more specifically Instagram, and from Sam directly. The fans have been sparking the rumors about him dating his roommate, Jordana Barnes, for years now. The two have incredible chemistry on the show which fans can clearly see.

Recently, a fan asked Sam about it on Instagram. When he was asked whether he and his roommate Jordana are dating, he responded ‘’Ya’’. Although he could be only messing around and trying to get attention, this is the closest we can get until one of the two decides to spill the tea and share more details.