The 123,500 square foot multi-department store will offer a complete grocery store along with pharmacy, apparel and household needs; Fred Meyer Jewelers; sit-down sushi and hot Asian food bar; fresh made-to-order baked pizzas, salads and sandwiches; and a Starbucks with indoor fireplace and outdoor seating. In addition, the store will feature an on-site Smith’s Fuel Center and a two-lane drive through pharmacy.

When completed in late 2016, the new store will be the eighth Smith’s (and third Marketplace format) to be located in Utah County. The existing Smith’s Food & Drug Store at 1320 North Redwood Road opened in 2003, and will be subleased to a new tenant.

“We’re excited for the new Smith’s Marketplace,” said Mayor Jim Miller. “Smith’s has been a valuable community partner throughout the years. Their additional investment in our community will not only kick start The Crossing development, but also a new commercial corridor for the city and region.”

Saratoga Springs is one of the fastest-growing cities in Utah with a population of 25,000 and is the crossroads of northwest Utah County. The City has sites planned for low, medium and high-density residential, neighborhood and regional parks, schools, commercial and office uses and large research and development properties. 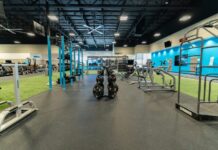 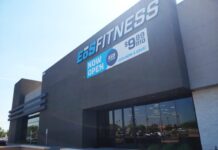 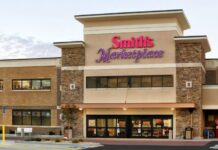