Strongest Dog Breeds In The World

For those people who haven’t seen or heard about the English Mastiff (or generally called ‘Mastiff’), an impromptu encounter with this breed might just scare the life out of them! Standing at least 30 inches at the shoulder from the ground up, they are one of the largest domestic dog breeds in the world. Also one of the oldest dog species in the world, they usually weigh around 220 lbs. which is more than the average weight of a man! But Mastiffs have an excellent temperament and make great companions. 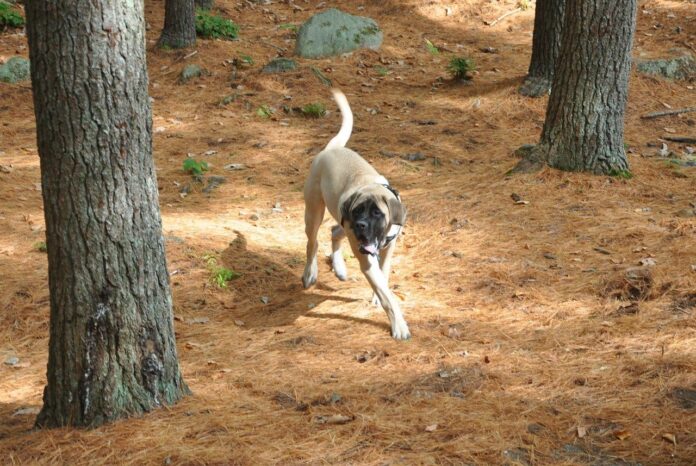 Originally bred for the rescue work by the hospice of Great Saint Bernard Pass on the Italian-Swiss border, Saint Bernards are powerful, giant-like dogs with deep roots in myths and legends. St. Bernard is recognized today as one of the Molossoid breeds. Either a soft or a rough coat of fur covers this huge dog. Albeit appearing so huge and strong, St. Bernards are gentle giants with the most dangerous thing it can cause (if bred and brought up reasonably well), is knock your children over. 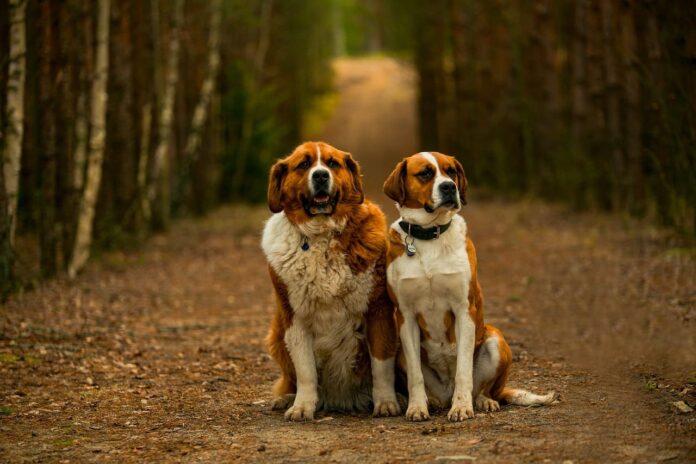 Physically dominating, powerfully protective and fiercely loyal, Rottweilers are one of a kind. With a medium to large build, Rottweilers are extremely powerful when it comes to running or jaw/muscle strength. Weighing around 80 to 130 pounds and rising to a height upto 27 inches at the shoulder, if you’re considering this fearless, steady beast as a guard dog or as a friendly companion to pass time in your garden, it’s absolutely the right choice. 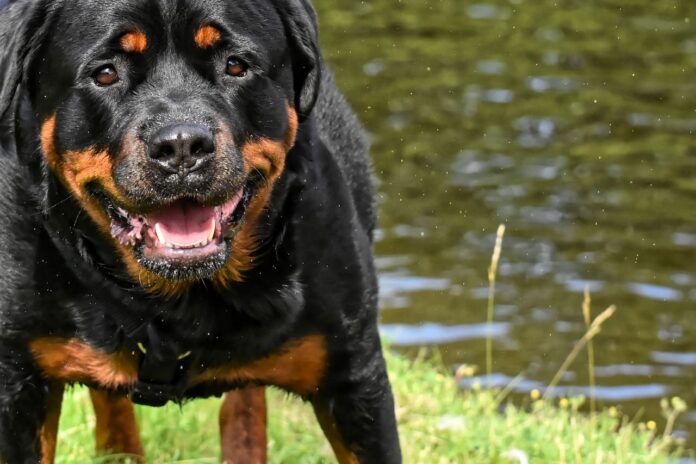 I can positively assure you, if you see a Great Dane in the middle of a crowded place or somewhere out in the wild, you will definitely spot it. They are extremely large dogs, rising to almost 35 inches at the shoulder, with a broad snout and floppy ears. Initially, they were used as powerful hunting dogs that can hold their prey until the hunter catches up, but, over time, they have become guard dogs and companions to thousands of families across the world. 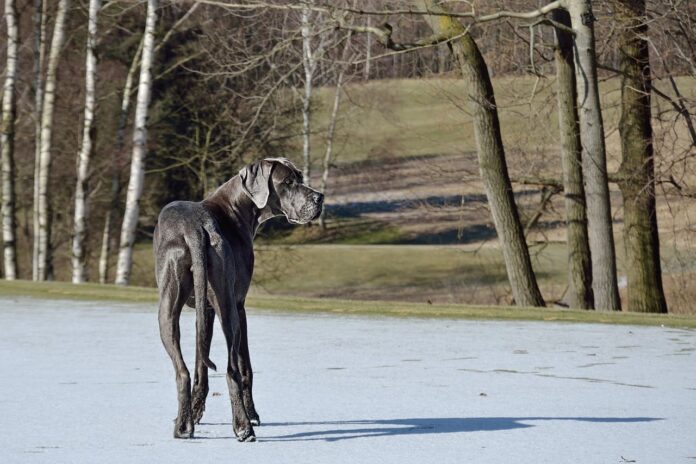 ‘It is not the size of the dog in the fight, it’s the size of the fight in the dog’. This quote fully sums up this medium-sized feisty dog breed. A stocky, short body with a wrinkled face, bulldogs are extremely powerful even though they weigh only 40 to 50 pounds. If you are deceived by their small appearance, you need to only go back in history to find out that you cannot be much further than the truth. Back in the 13th century, ‘Bullbaiting’ was a sport in which a well-built bull fought a pack of bulldogs, and the spectators bet on the outcome of the match! Now grown more timid and friendly with humans, bulldogs are certainly one of the strongest dog breeds. 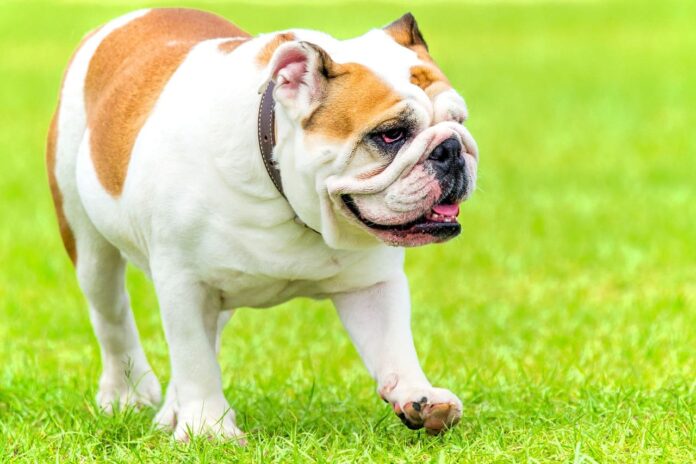 Weighing anywhere between 35-60 lbs. and with a height of around 24 inches at the shoulder, Siberian Huskies are muscular, strong dogs with a rather wolf-like appearance. Descending from the Northern parts of the world, this dog breed was first used as sled dogs to pull heavyweights from one destination to another. With a stiff body, well-furred double layer coat as its skin, its adaptability to extreme conditions is second to none. Blessed with incredible strength and endurance, the Siberian Huskies served the U.S as search and rescue dogs in WWII. 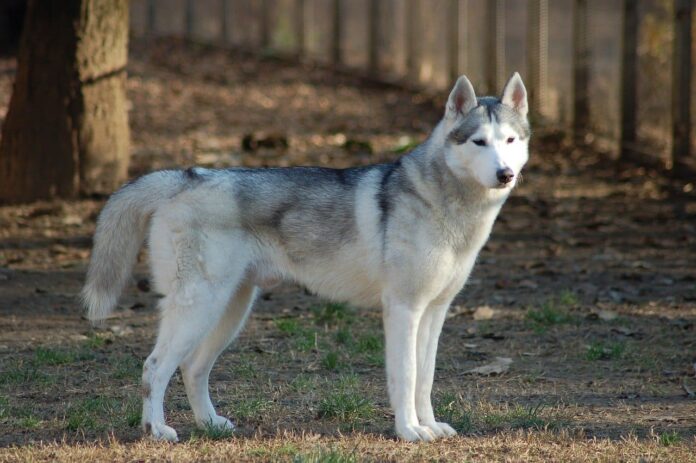 The American Pitbull Terrier is the ancestor of bulldog-terrier crosses, according to the United Canine Association. Pitbulls are extremely intelligent with a solid, athletic build. This dog breed has gotten a bad rep in recent times due to it being used in dogfights (yes, they still exist!), even though dogfighting is outlawed in most parts of the world. But with a caring and smart owner, this dog might turn out to be the most obedient, courageous and affectionate dog anyone has ever seen. 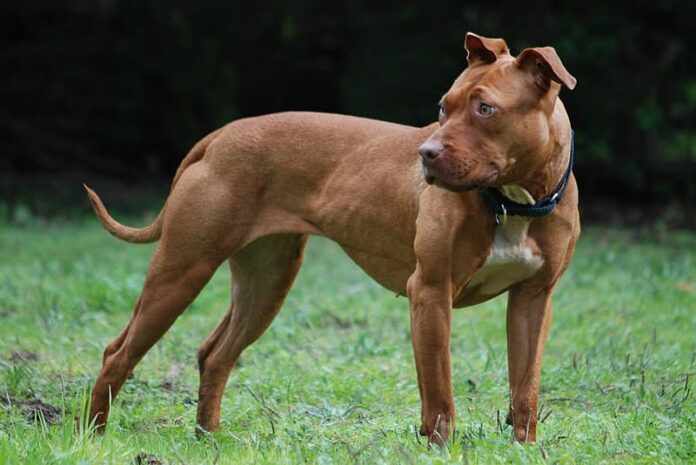 The Rhodesian Ridgeback is a dog breed bred in the Southern African region. Known for their distinctive ‘ridge’ along their back, the might and strength of this dog breed are absolutely insane, so much so that, they were predominantly used to hunt animals larger than themselves, such as lions and boars! Weighing around 70 to 85 pounds, it is definitely not easy to raise and train as they have an independent mind with predatory instincts. Safe to say, it is definitely not wise to end up on the wrong side of this ferocious dog breed. 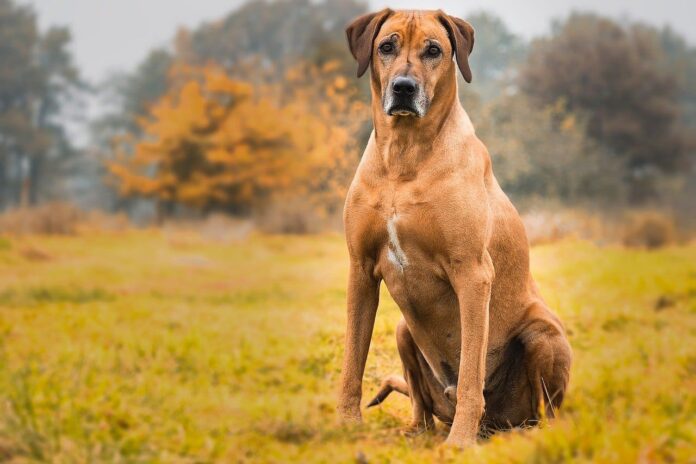 Considered as one of the world’s toughest lifeguard dogs, and an ‘undisputed king of the sea, the Newfoundland breed originated in Newfoundland, Canada. Newfoundlands, widely regarded as one of the most empathetic dogs in the world, play a huge part in pulling boats into shore, pull in fishnets and also have no second thoughts in diving into a sea to help people in distress. They are lovely dogs with unmatched strength and a high level of endurance- a priceless attribute in and around the seas. 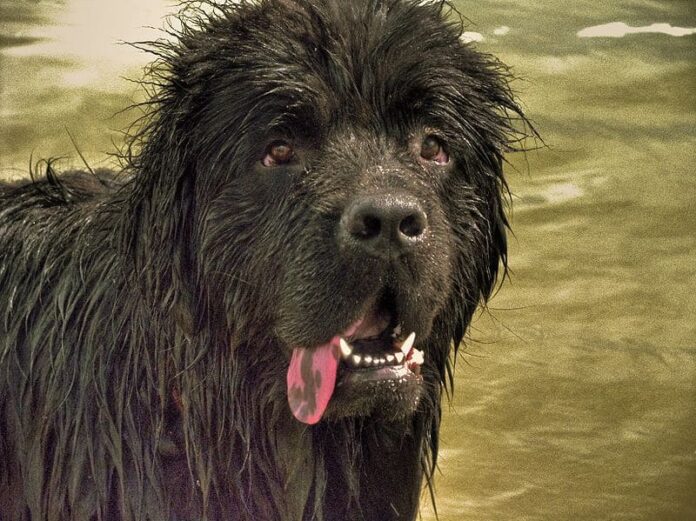 A well-built boxer is an absolute spectacle to witness. A better spectacle to witness is a boxer in motion at full speed! Boxers move like professional athletes with grace and poise and with meaning in their every move. Weighing around 65 to 80 pounds and rising to almost 25 inches, Boxers are a complete doggy package. Witty, energetic and immaculately intelligent, this dog makes the perfect companion and also the ideal guard dog. Boxers have been among America’s most popular dog breeds for a very long time and it is definitely understandable why. 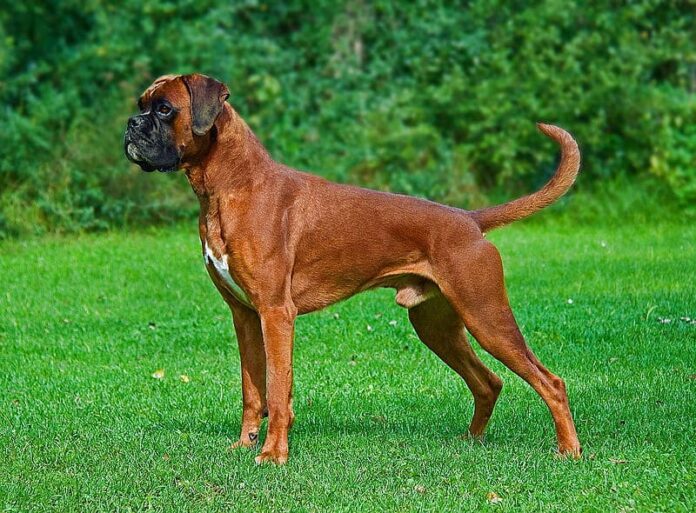 Kangal Shepherd Dog is a breed of dog native to Sivas, Turkey. It is one of the powerful and strongest dog breeds that are in use for hundreds of years primarily as a Turkish shepherd based on its strength, temperament and appearance. It is also known as Kangal Dog or Kangal Coban Koopeggi that is primarily used o protect livestock from large predators such as Foxes, Wolves and Bears. The breed becomes popular in the United States in the late ’20s because of its ability to guard sheep, goats and cattle.

German Shepherd is a popular dog breed known for its courageous, smart and confident nature and belongs to the herding group of dogs. The male species of a German shepherd can grow upto hieght of 24-26 inches, however, the female can grow upto 22-24 inches. The avarage wieght of the species is 65-90 pounds for males and 50-70 pounds for females. The varage lifespan of the species is 12-14 years in the wild. German Shepherds originated from Germany in the year 1899 and hence the name. This breed is also known as the Alsatian because Britishers prefer “Alsatian” rather than “German.”

Irish Wolfhound has ancient origins dating back to as long ago as 391 AD in Rome where it was famed as a gladiator and courser. Male species can grow upto hieght of 32 inches whereas female ones can grow upto 30 inches. It can be seen in different colors such as Gray, Brindle, red, black, white and fawns. The dog species is known for its Dolichocephalic which means the long face and Double coat and straight, hard coat. Irish Wolfhound has a shorter lifespan with an avarage of 6 to 10 years.

Leonberger is a dog breed where name has been derived from the city of Leonberg in Baden-Württemberg, Germany. The breed is known for its double coat along with a balanced body. Males are slightly larger than females where it can grow upto 71–80 cm (28–31 in) and females can grow upto 65–75 cm (26–30 in). The varage wieght of male Leonberger is 120–170 lb (54–77 kg) whereas for females wieght around 100–135 lb (45–61 kg). The breed appears in a variety of colors such as brown nose leather, black and tan, black, white or silver and eyes without any brown.

Cane Corso is one of the strongest dog breeds native to Italy. Males are slightly larger than females where they can grow upto 62–70 cm in hieght and females can grow upto 58–66 cm. It will appear in many colors such as Black, Fawn, Chestnut Brindle, Grey, Black Brindle and Red. The varage lifespan of the species is 10 – 12 years in the wild.

Bloodhounds are considered ancestors of medieval France to trail deer and boar. They are an intelligent dog breed that can grow upto 23 to 27 inches tall at the shoulder. The varage wieght of the species is 80 to 110 pounds. The avarage lifespan of the species is 11 to 15 years. It belongs to the group of dogs known as Hound Dogs. It appears in different colors such as Black and tan, liver and tan and red. The avarage lifespan of the dog breed is 10 to 12 years.

This is the top 16 strongest dog breeds in the world. Let us know if you think any other breeds should be added to this list!