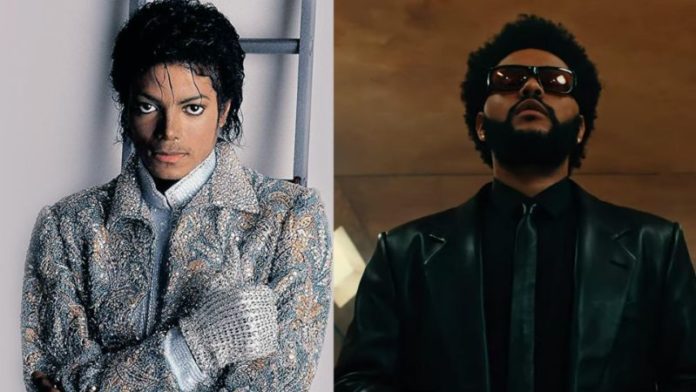 Abel Tesfaye always reminds me of Michael Jackson every time when he comes with groovy, disco R&B pop records. I remember being listening to this dusky R&B-star for the first time I was shocked — he exactly sounds like Michael Jackson, with every pitch-hit; he sounds MJ. Just like this recent release “Take My Breath” gives all vibes of MJ music demeanor, and truly its falsetto brings me back to King of pop’s late 80’s era; where he remarkably performed “Don’t Stop ‘Til You Get Enough” and that’s how he sounds in a current music video, but the synth-pop almost like a mixture of “Smooth Criminal” and former: I wish legend would see how flourishing he inspired the modern-music.

While commenting on his video on Youtube, many fans around the world speculated that he reminds of Michael Jackson. Michaelle King commented, “This sounds like Michael Jackson on ecstasy.”

Furthermore, user Lifechanger_KG wrote, “His voice is a gift from Haven, I thank God for this artist and his music. #Michael Jackson 2.0,” and “This gives me such a Michael Jackson vibes, and I’m here for it,” a user Camila’s bae added.

Anyways, the original by The Weeknd looks promising and it will chartbuster like others did — “Starboy”, “Blinding Lights”. As a 31-year-old Canadian singer never disappoints; listen to his recent track, which is widely on trading.