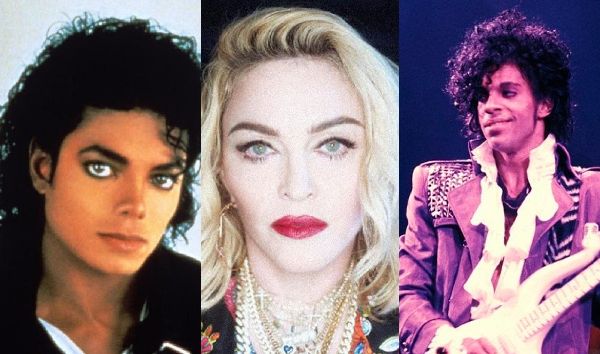 Modern music has changed a lot through the decades. Just as any process, it went through several transformations in the hand of various artists. Some of them were extremely successful in the task, some of them couldn’t do much.

1980 was a revolutionary period in music- for several changes. The emergence of Michael Jackson and Prince ended the racism in music which happened in the ’60s and ’70s. Their songs were played on MTV for the first time.

Madonna and Whitney Houston also helped change the concept of music and the role of female singers in its global popularity.

The fashion statement for celebrities was changed due to the extreme sensitivity of these artists. Altogether, it’s safe to say- music as we know it wouldn’t exist if these people didn’t exist.

This list is an effort to identify the 10 most important pop icons who played a significant role in changing the course of today’s music.

It would be a crime to not mention Michael Jackson’s name at the top of this list. The King of Pop has redefined the blueprint of pop music since the ‘60s. Starting from the very first albums like Forever, Michael, and Off the Wall MJ set the standard high on the wall. It was only a matter of time then to come in front of the world with an enormous break and he got it with his next album Thriller. The album that is one of the greatest album ever released in the history of professional music. One by one MJ released 10 albums altogether winning 13 Grammys and hundreds of other awards. The King will be remembered for his charismatic music compositions and marvelous stage performances.

If Michael takes the first position, Whitney deserves the second. An extremely talented musician with one of the highest record selling numbers ruled the pop world for a long period. Songs like “I Will Always Love You,” “My Love Is Your Love” made the listeners fall in love with her style. She always knew what the audience like and her musical talent never failed to deliver. Probably that’s why she is the most awarded female artist of all time. Whitney had a troubled personal life that made her took a massive six-year break from music. But she returned like the queen she was, and her album “I Look Up To You” charted number one in Billboard 200. With six Grammy awards and hundreds of other awards, she was inducted into the Rock and Roll Hall of Fame in 2023. Her untimely death was a shock to the listeners but her memory still lingers through songs Whitney created.

The Beatles brought a revolution through their music all over the world. It won’t be an overstatement to say that they were the flagbearer of an ideal society. Paul McCartney was one of the members of that dream. Even after the Beatles broke up, Paul continued his music even to this day. High on the list of wealthiest musicians, Paul is a recipient of multiple awards and titles. The self-taught musician holding 22 number one albums throughout his career, he has won 18 Grammy awards, an Academy Award, twice inducted in the rock and roll hall of fame, and an MBE from the British empire along with a Knighthood.

Prince was a musician of the highest talent. His rivalry with Michael Jackson, although did affect his career in a way, once given a chance he never failed to prove himself. Prince is one of the most workaholic musicians ever known, he released 39 albums in his lifetime and it is believed that his vault contains hundreds of unreleased materials. In terms of success, his album Purple Rain was on top of the Billboard 200 chart for six months straight. With 150 million sold records globally, he is considered one of the most significant pop stars. Seven Grammy Awards, an Academy Award, one President’s Merit Award, and an inspiration to musicians like Rihanna, Beyoncé, Justin Timberlake. He is undoubtedly an accomplished musician and a legend of pop.

Here comes the Queen of Pop. Born in the same year as Michael Jackson and Prince, Madonna is probably the most famous female pop artist ever born. Even in her early sixties, Madonna remains the mystical figure that she was in the ‘80s. In a report by Billboard, she is regarded as the number one solo artist in the history of the Hot 100 chart. With 300 million records sold worldwide and being one of the highest-grossing solo-touring artists, Madonna is a name impossible to fade from the history of English music. The heartthrob musician of decades is still active in some form and it’s possible to see her biopic coming very soon.

Very few musicians in the pop industry have been as successful as Lionel Richie in singing, songwriting, and music producing. This versatile talent has been in the industry since the early ‘70s. With his entry through the popular band Commodores, he climbed the success ladder fairly quickly. Soon after leaving the group, he started his own solo career. Lionel’s debuting eponymous album got the attention of a massive audience. Since then, it has been an upward motion. To this date, Lionel Richie is one of the highest record-selling musicians with four Grammy and one Academy Award for best original song. Also, he is the first person ever to get the RIAA Diamond album.

A musical prodigy by birth, he was known by the name ‘little Stevie Wonder’. Stevie is the youngest musician ever to top in the Billboard Top 100 chart, which he did at the age of 13. There isn’t possibly a musical award the Stevie Wonder possibly didn’t get. With 22 Grammy Awards, one Academy Award, over 100 million in record sales, an inductee of all the three major Hall of Fame, he is a genius that none can ever deny. The legend was actively involved in the creation and reformation of genres such as R&B, Soul, Funk, Blues, and so on. Stevie has been a living inspiration to the musical talents that later came into the industry such as Michael Jackson and Prince.

If you’re following pop music for quite a while, you know who George Michael is. The man who sold 115 millions+ records worldwide isn’t someone to miss out on. He formed a duo band with his partner Andrew Ridgeley named ‘Wham!.’ The band was a success, their songs soon started to be pouring out to the people. Later in his solo career, the phenomenon of success continued. Michael has won an insane amount of awards for his music including three Brit Awards, three American Music Awards, 12 Billboard Music Awards and so many more. His albums such as Father Figure, One More Try, and Monkey have still remained popular after his untimely death.

The British drummer-singer-songwriter has a huge fanbase for the unique types of songs he created. Starting out with the band Genesis, he turned towards a solo career pretty soon. It was the ‘80s when Phil’s career was at its peak. His singles such as “Take Me Home”, “Two Hearts”, “A Groovy Kind of Love” came out at this time. From the year 1985 to 2000, he won eight Grammy Awards in several categories. Along with three American Music Awards, and six Brit Awards, he is counted as one of the most influential musicians of that time.

Leaving the legendary Barry Gibb out of the list would have rendered it useless. One of the most successful singers and songwriters in the history of English music, he shares an equal stage with John Lennon and Paul McCartney. His band Bee Gees is considered as one of the most commercially successful musical groups ever formed. Guinness World Records puts Barry in the second spot for the most successful songwriter after the Beatle member McCartney. With nine Grammy Awards and the title of CBE, one of the highest honorary titles of the empire, Barry Gibb continues to mesmerize his audience with versatile talents.