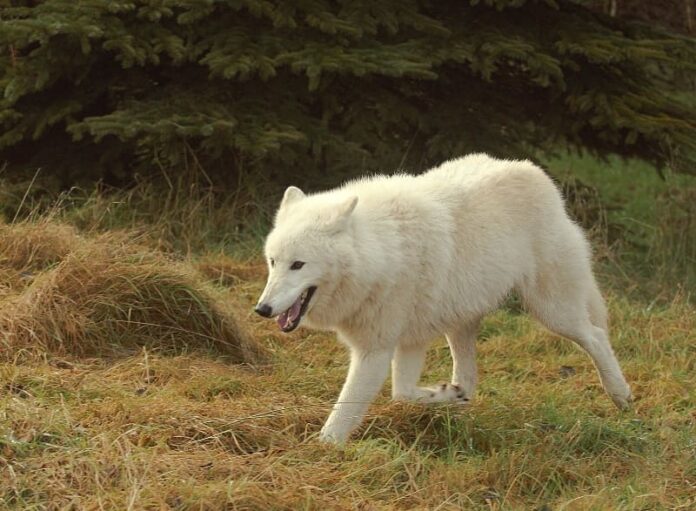 The Arctic Tundra regions are known for their frigid temperatures of up to -30 to 20 degrees Fahrenheit. Even in these harsh climates, these regions support a variety of animal species. Some of the most adaptable animals like polar bears, Arctic foxes, grey wolves, musk oxen, caribou, snow geese, and reindeer dwell in the tundras. These regions are known for their extremely short summer season, which just lasts for 50 to 60 days, but with full sunshine up to 24 hours a day. We will discuss about tundra animals in the world.

The Tundras are known for their diverse wildlife and animal species that dwell there despite the freezing temperature. While most of the Tundra animals have adaptable features to survive the cold, others migrate to avoid the colder months. Some animals show camouflage features and change their colour to blend with their surroundings. In winter, they are snow-white coats, while their furs become dark and brown in summers.
Here are some interesting animals from the Tundra regions.

The Arctic Fox is a super resilient animal native to the Arctic regions of the Northern Hemisphere. It is also known as snow fox, the polar fox, or the white fox, and is commonly found across the Arctic tundra regions. It has excellent adaptations to living in cold environments so that it can survive the frigid Arctic temperatures. It has a thick, warm white fur that allows it to blend into the tundra’s white snowy winter landscape. In summers, the fox’s coat turns brown or grey in appearance so that it can merge well among the warm tundra’s rocks and plants. These foxes thus use their fur as camouflage.It is also listed as one of the color changing animals in the world. 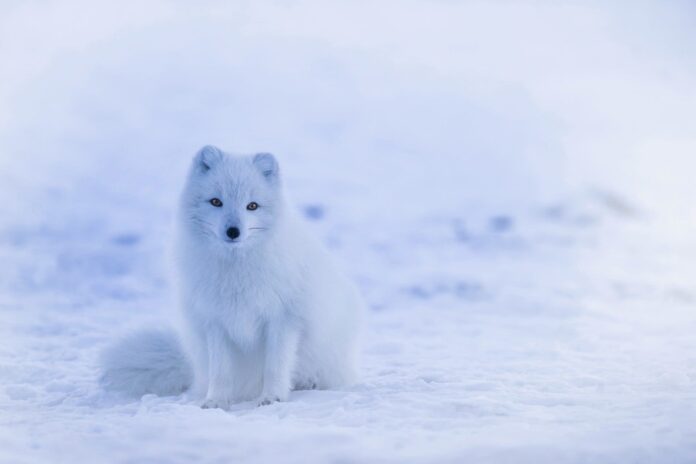 The Arctic Hare is another species of hare found in the Arctic tundra regions. The number of behavioural adaptations like thick, white fur and short ears to adapt and survive in the harsh, frozen tundra by conserving body heat. They also use the camouflage blend in the Arctic landscapes. In winter, they have a brilliant white coat amidst the Arctic snow. The hare’s fur changes to greyish-blue according to the existing vegetation and rocks in the region in spring.

Arctic hares do not hibernate but dig shelters in the snow and hide there for warmth. They can run fast and can bound at speeds of up to 40 miles an hour. They survive by eating woody plants, mosses, and lichens. 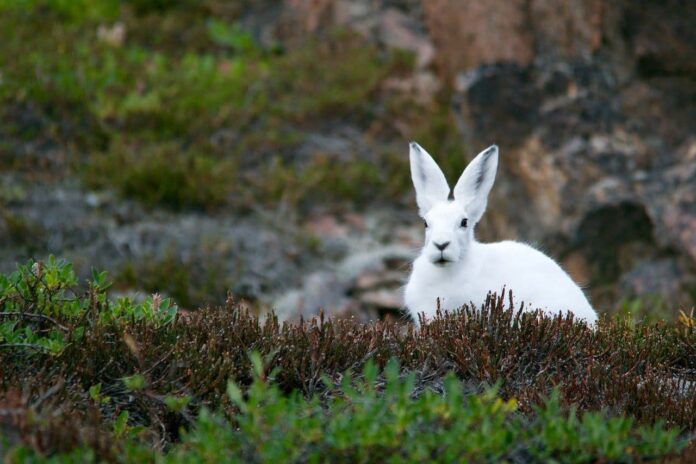 The Polar Bear or the Ice Bear is native to the Arctic Circle regions is the largest of the bear species. An adult male polar bear can weigh around 350 to 700 kg. They have large feet covered with fur and with short, sharp claws that make it easier for them to walk firmly on ice. Like other polar animals, even the polar bear has a fur that it can use to camouflage in its snowy surroundings. Polar bears have black skin under their white fur so that they can easily soak in the sun’s warm rays. They hunt seals and are powerful predators, and can even kill humans. 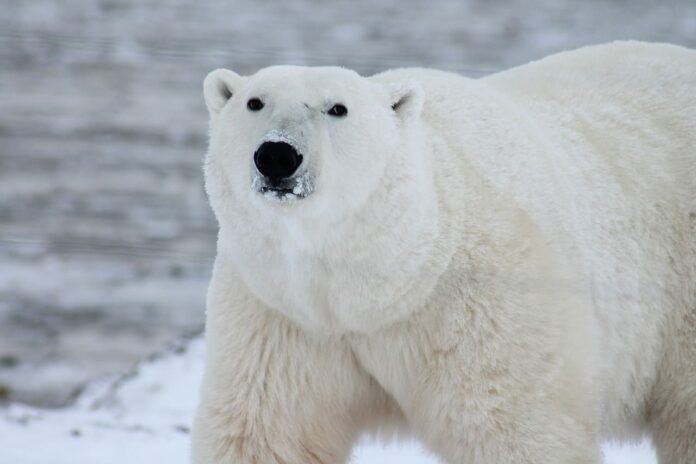 The Reindeer is a species of deer in the Arctic, sub-Arctic, tundra, Siberia, and North America. It is also known as caribou in North America. Reindeer have the largest and heaviest antlers of all deer species in comparison to their body size. A male reindeer’s antlers can grow up to 51 inches long, while a female deer’s antlers can reach 20 inches. They have thick, furry bodies and feet for insulating them from the cold and give them a good grip on the ice. A lemming is a small rat-like animal found in the Arctic Tundra biomes. They have short, stocky bodies with stumpy tails and short legs and a rounded muzzle. The Collared lemming of Siberia develops a reddish-brown coat with a greyish tinge and dark stripes on the face and back during the summer. In the winter, their fur adapts a white colour to blend with the icy surroundings.

There is a popular myth about lemmings that they commit mass suicides by jumping off cliffs into the sea. However, this is not true at all. It’s just a large colony of lemmings searching for new shelters elsewhere when suddenly their population increases in an area. 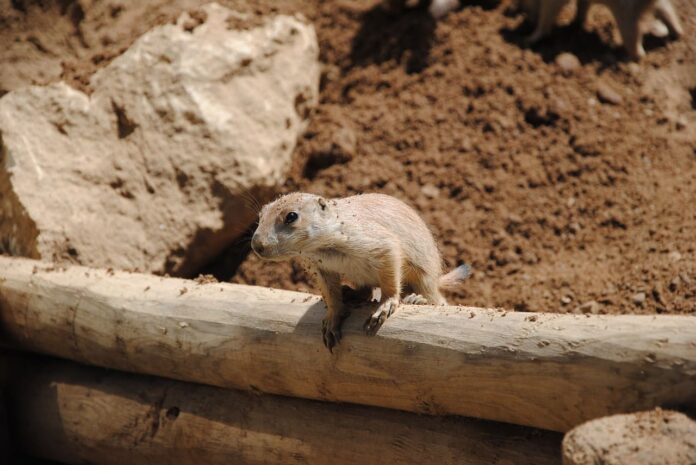 The ermines are commonly known as stoats or Short-tailed weasels. These animals widely occur in the regions of North America and Eurasia, especially in woodlands and semi-timbered areas. They are slender, agile and light-weight animals that feed on other small animals, birds, eggs, and frogs. In summer, the ermine get a brownish fur with a whitish throat, chest, and belly. In winters, their fur is white, except for the black tail tip. In ancient times, their white furs are among the most valuable commercial furs known for their finesse and purity. 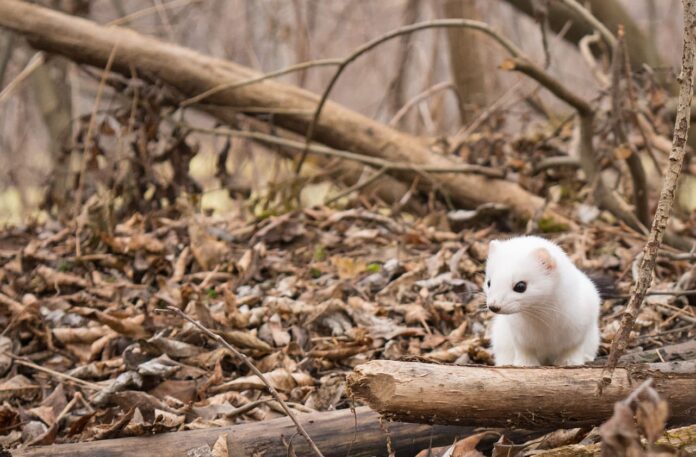 Marmots are large ground squirrels found in the open country in mountains, montane meadows, tundra, and forest edges. They are well suited for life in cold tundra regions. They have small fur-covered bodies with stocky legs and strong claws. These herbivores are active during the summer but hibernate underground during the winters. Marmots are found in North America, European Alps, the Himalayas, and northeastern Siberia. They live in burrows and give out a sharp, piercing whistle when alarmed. 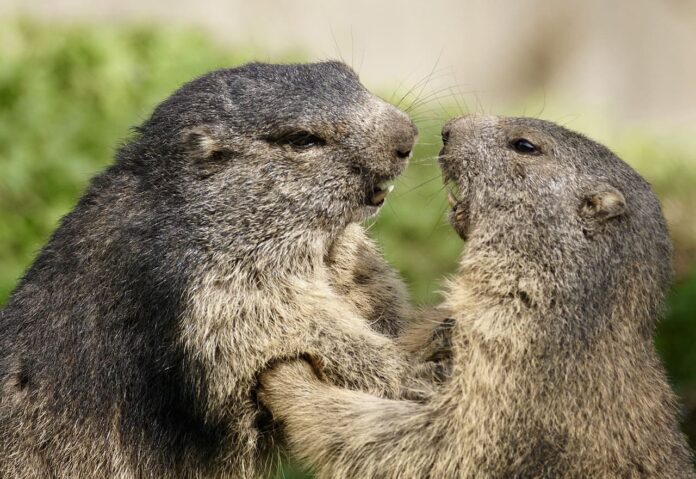 Grey wolves are known as timber wolves and are widely found in a diversity of habitats from the tundra to woodlands, forests, and even grasslands. The Alaskan Gray Wolves have long bushy tails with black tips. Their furry coat has a mix of grey and brown colors. They are large wolves with average sizes from three to five feet long. Their bushy tails can be one to two feet long. These carnivores can hunt and eat large mammals such as deer, bison, and moose.  They can consume 20 pounds of meat in a single meal! Wolfs are also listed as one of the best animals in the world.

Also Read: 10 Types of Cats In The World 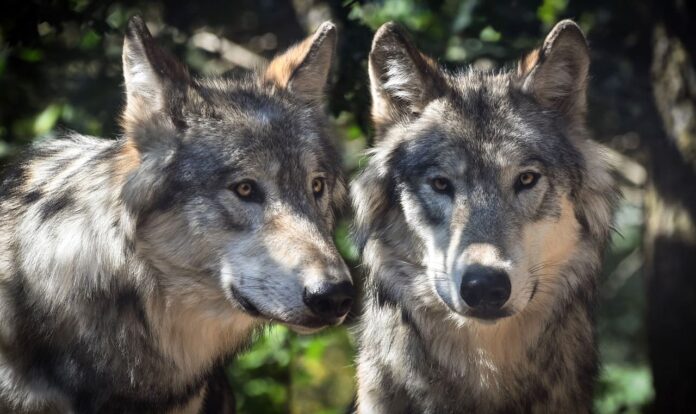 Snow geese are one of the most abundant waterfowl species in North America. They dwell in the tundras in the summers near coasts, lakes or rivers. During the winter months, they migrate to coastal marshes, estuaries, or freshwater areas. These beautiful ivory white birds with a bluish tinge stay in large flocks. They can fly for long distances when they migrate and have a vegetarian diet. 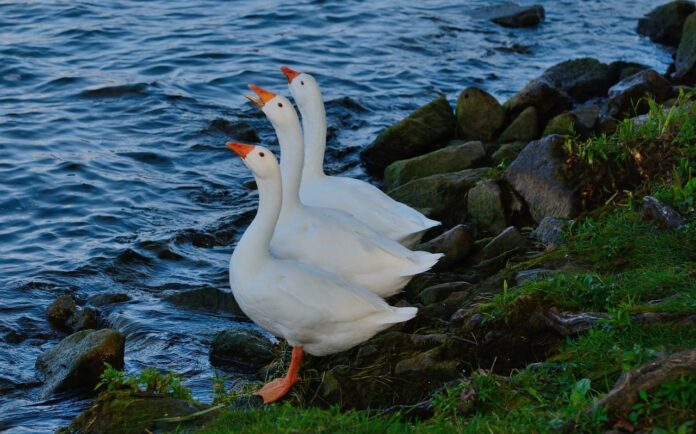 The Snowy Owl is a large, white owl native to the Arctic regions. It is also known as the Polar Owl or the Arctic Owl. They are beautiful snow-white birds with yellow eyes and a few dark markings on their feathers. They are day birds and hunt during the day. Their favourite food is lemmings, small rodents, birds, rabbits, birds, and fish. They use the “sit and wait” technique of hunting. They can be aggressive when defending their territory, especially during the breeding season. 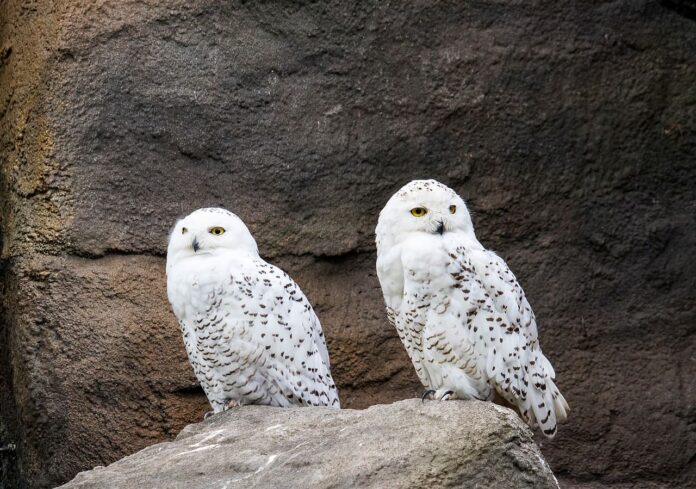 Arctic wolf is also known as a white wolf or polar wolf is a subspecies of grey wolf endemic to Canada’s Queen Elizabeth Islands, from Melville Island to Ellesmere Island. The animal species are medium-sized and can be easily differentiated from the northwestern wolf by its smaller size and white colouration along with its narrower braincase. The population is decreasing since 1930 and it is also the result of wolf-dog hybridization which is a canine produced by the mating of a domestic dog along with a grey wolf, eastern wolf, red wolf and Ethiopian wolf.

Common Raven is also known as a western raven or northern raven mostly seen in the Northern Hemisphere and widely distributed of all corvids. It is one of the smartest animals in the world and can be rated in equivalent with chimpanzees and dolphins. Talking about the appearance, it is entirely black along with right down to the legs, eyes, and beak. One of the tundra animals loves to thrive in deciduous and evergreen forests up to treeline, as well as high desert, sea coast, sagebrush, tundra, and grasslands. 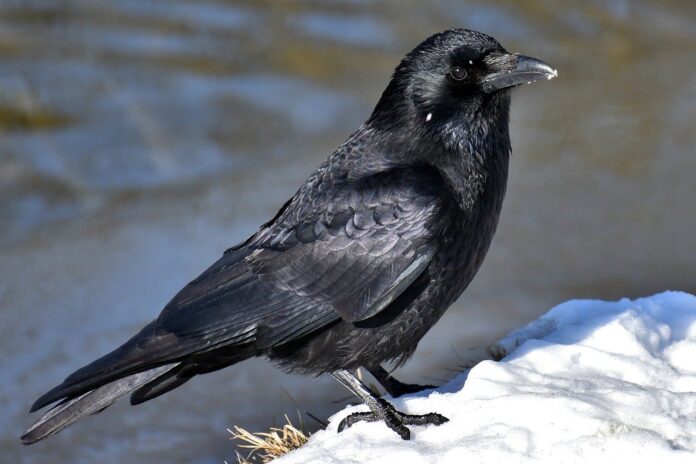 The muskox is one of the Canadian tundra animals that can grow upto 1.2 meters tall and between 1.9 and 2.3 meters in length. The avarage wieght of the species is 200kg and 400kg whereas females weigh between 150kg and 200kg. Talking about the appearance, it has a dark brown or black in colour and has long, coarse outer hair that is quite similar to the buffalo, however, it looks similar to the sheep. It is herbivores that love to eat grass, willows, seeds and berries. 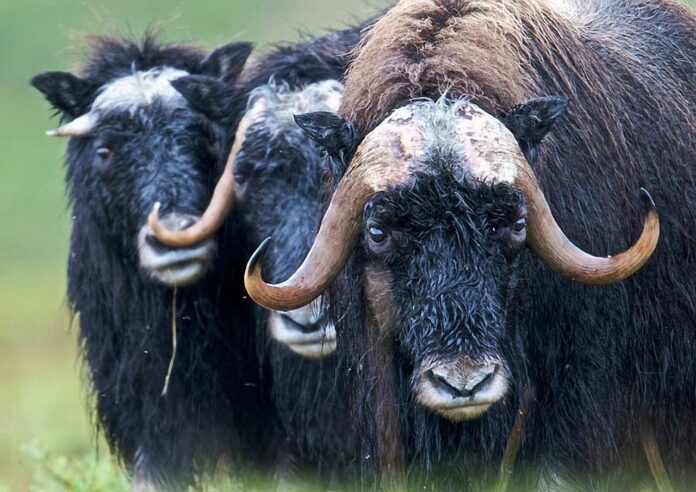 The stoat is a small mammal that is mostly seen in the Northern hemisphere with multiple habitats such as woodlands to grasslands. It belongs to the weasel family with long, slim and flexible bodies. It used to prey on a variety of animals such as mice, voles and small birds as well. One of the tundra animals, the animal species changes its colour in winter and summer coat with reddish-brown and cream tummy.

Northern Red-Backed Vole is a small slender vole mostly seen in Alaska, northern Canada, Scandinavia and northern Russia. The animal species has short bodies along with a rust-coloured back, light brown sides and underparts and a short thick tail. It can grow upto 14 cm long along with a 3.5 cm tall and weigh about 30 to 40 g. It is active all year round and mostly at night. Arctic ground squirrel is one of the beautiful Candian tundra animals native to the Arctic and Subarctic of North America and Asia. The people of Alaska used to refer to them as “parka” squirrels and it is good for the ruff on parkas and for clothing. Talking about the appearance, it comes with a tan coat with a white-spotted back. It has a short face, small ears along a dark tail and white markings around its eyes. 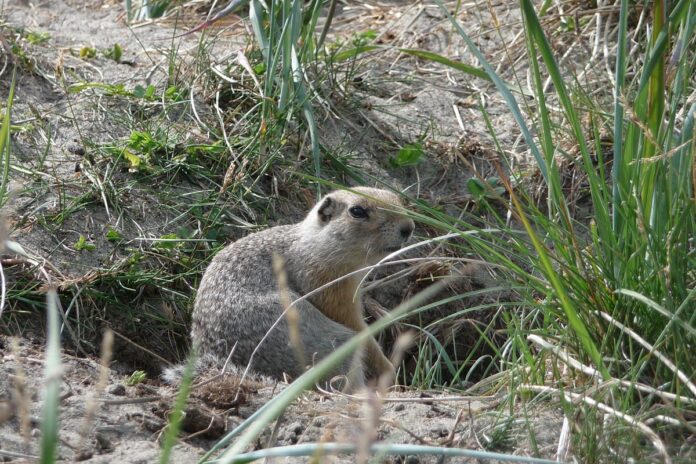