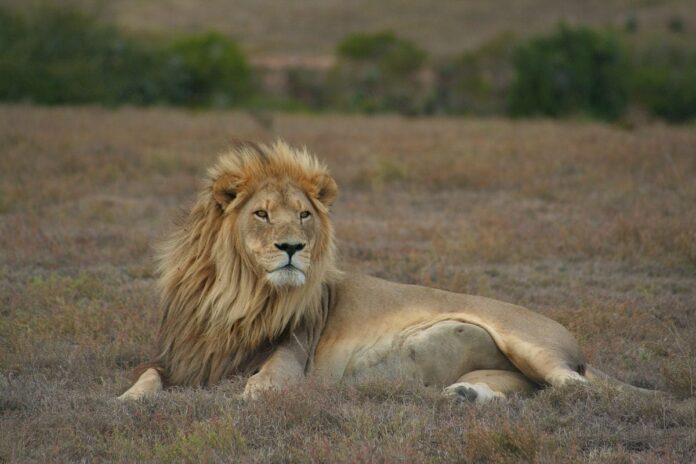 Lions are one of the biggest cats in the world mostly seen in the southern and eastern parts of Africa. They are mostly seen in groups known as “pride” and each pride consist of one or two males and a large number of females. The primary reason they are in groups it will increases the chances of successful hunting and it will provide protection of cubs. There are scenarios where lions act as scavengers and sometimes attack hyenas and steal their prey. The teth of lions is known as carnassials and it will work like a pair of scissors. There are many different species of lions seen across the globe, Here is the list of all types of lions in the world,

Asiatic lion scientifically known as Panthera leo persica is mostly seen in the Gir forest of Gujrat, India. They are slightly smaller than the African lions where male species is wieght around 160 to 190 kg and the female weighs between 110 to 120 kg. It is also known as the Indian lion or the Persian lion and used to range from Turkey, across Asia, to eastern India. The most unique feature of the Asiatic lion is the longitudinal fold of skin that runs along its belly. It cannot be seen in the African lion. The avarage lifespan of the species in the wild is 18 to 20 years.

The Barbary lion is one of the largest species of lion mostly seen in the regions of the Maghreb, from the Atlas Mountains in Morocco to Egypt. This is now a locally extinct Panthera leo Leo population and a small population has been seen till the mid-1960s. It is also called by various names such as North African lion, Egyptian lion, Berber lion and Atlas lion. The lion species is belived to be native of the Atlas Mountain of North Africa and hence known as Atlas lion. It can grow upto 7 feet 9 inches to 9 feet 2 inches.

West African lion is bigger than an Asiatic lion and considered the second largest cat in the world followed by a tiger. It is also known as Senegal lion and native to Central Africa but is smaller than the ones from Southern Africa. This also referred to as the ‘Northern lion’ but the species has been discovered by 94 per cent of its historic range and can only be found today in parts of sub-Saharan Africa. The species love to thrive in the grasslands, scrub, or open woodlands where they can more easily hunt their prey. It can grow upto 4.5 to 6.5 feet from head to body and with a tail, it includes 26.25 to 39.5 inches.

Northeast Congo Lion is also known as Azandica that comes from its area of distribution in the northeastern part of the Congo. The lion species is very much similar to other ones with an avarage life span of approximately 10 to 14 years in the wild. One thing that is common with other lion species is that the Northeast Congo Lions are also an endangered species and the reason is the loss of their habitat. The numbers had fallen drastically by fifty per cent in the last two decades. It is native to the lands of Uganda and D R Congo and hence known as the ‘Uganda lion’.

East African also known as Masai lion is among the largest species of Africa’s big cat and referred to as the “King of the Jungle”.The species can see and identify easily on Kenyan wildlife safari in Masai Mara Game Reserves. The pride of the Masai lion are divided into two groups the cheli and peacock pride and the other one is Enesikira pride. The other small pride include Acacia pride, the Simba pride and the list goes on. It can grow upto 8 to 10 feet tall and known to have a variety of mane styles. These are seen in the parts of Uganda and Kenya and the Tanga Region.

The Southwest African lion species is also known as the Katanga lion and was first described by Einar Lonnberg in 1914. The adult male one can grow upto 2.50–3.10 m (8.2–10.2 ft) and female ones can grow upto 2.30–2.65 m (7.5–8.7 ft) in body length. They are native to regions of northern Botswana, Congo, Angola, and Namibia. They mostly prey on blue wildebeest, Thomson’s gazelles, buffaloes, gemsbok, zebras, giraffes, kobs, impalas. The name Katanga comes from a place called ‘Katanga’, in Zaire and it is belived to have originated from this place only.

Southeast African also known as the Transvaal lion mostly seen in the countries Botswana, Burundi, Eswatini, Kenya, Lesotho, Malawi,[9] Mozambique,[10][11] Tanzania, South Africa, Uganda, Zambia and Zimbabwe. It can weigh upto 150 to 250 kg, while the females weigh between 110 to 180 kg. The lion species can be seen in the Kruger National Park and the Kalahari region. It is one of the rarest types of lions in the world.

Cape lion also known as Panthera leo melanochaitus mostly seen in the plains of South Africa. It can grow upto seven feet long and weigh around 500 pounds. The first specimen was originated at the Cape of Good Hope and was described in 1842. The species is among the heaviest of all lions and weighed around 500 pounds. It is known for its thick black mane and black fringe along with black-coloured ear tips. It is belived to prey on wild zebras, donkeys, buffaloes, and even cattle.