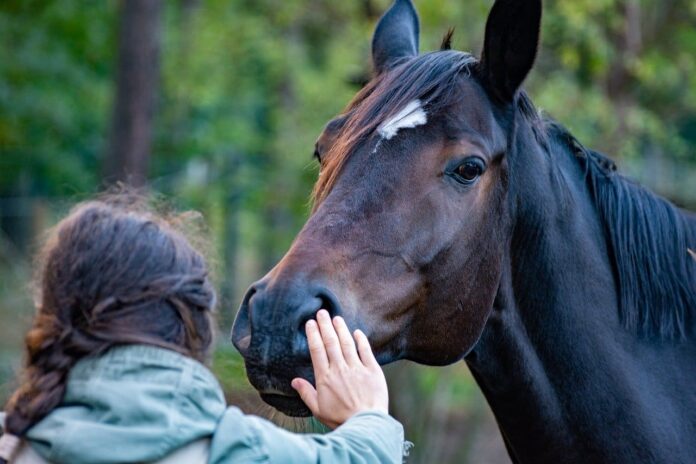 Animals can be seen across the world and if we talk about the impact on humans life they can be a source of food or pet. Apart from this, they are also used as a source of earning and even there numerous humans that are living with animals as a family member. Animals are an essential part of ecology where bees and butter lie act as pollinators to keep every plant healthy which provides food to wildlife, Livestock, and us. Snakes and Cats are helpful in controlling the population of rodents and even spiders are natural pest control for insects. Here is the list of useful animals to mankind,

The cow is the most useful animal that belongs to the family Bovidae. It has been belived that the domestication of the species started 10.500 years ago in Turkey, resulting in the creation of around 800 different breeds of cattle that we know today. As of now, there are approximately 1 billion cows in the world and it is a source of milk, meat and leather or as draft animals. Cows are also known as oxen who are trained enough to pull the plough in the fields and can even transport heavy loads. It can reach a length of 8.5 feet in length and weighs around 1200 pounds.It is also an emotional creature that produces milk when it is happy and on average, it produces around 70 pounds of milk per day.

Chicken is one of the most useful animals that primarily provide two sources of food, first is meat which is known as chicken and the second one is the eggs that they lay. They even kept as pets and useful for breeding and laying eggs as a food product. These domestic birds cannot fly and there are 150 different breeds of chicken that come in various colours, patterns and sizes. It has been belived that the breed has been descended from the wild Indian and south-east Asian Red Junglefowl. The female species of chicken is known as hen and the male one is known as a rooster. The young chicken is known as ‘chicks’ or ‘poults’ and the group of chicken is known as ‘flock’.

The horse is an animal species that belongs to the family of horses and it has been belived that wild horses has been domesticated 5.000 years ago in central Asia. As of now, there are 300 different breeds and 60 million horses in the world. They are used to pull the ploughs in the field and ven transport heavy loads. The horse is even seen in racing, competitions and shows or for recreation. The avarage lifespan of a horse in the wild is 25 years. Humans also used horses for selective breeding to make bigger horses do heavy work and even they are also used as pets. It is also said that horses are used in Ancient Egyptians, the Arabs, and the Mongols civilizations.

Also Read: Top 10 Most Graceful Animals In The World

Dogs is a beautiful creature of God that provide love and companionship to humans. There are researches that suggest that dogs are even helpful in boosting the immune system of humans. According to the report published in American Heart Association, Dogs can even lower the blood sugar of humans and has multiple health benefits. They has been considered as descendants of wolves and helps boost their oxytocin levels with the help of their eyes. Also, they are useful to humans in getting out of deep depression with the help of their companionship. Studies show that the dogs have a sense of time and it has been proven that they know the difference between one hour and five.

Sheep is also one of the most popular and useful animals that has been domesticated from Asiatic mouflon and it belongs to the family Bovidae. It is belived that the domestication of sheep took place 10.000 years ago in Central Asia. As of now, humans know 900 different breeds of sheep and approximately 1 billion sheep are living across the globe. The maximum concentration of sheep is in China and they are useful as a soure of meat, milk, fat and fleece. The species is well known for wool and humans to use it in all types of clothing. Sheep are also used in the pharmaceuticals and cosmetics industry. Sheep are also used in science mostly in stem cell research.

Donkey is the smallest member of the horse family and belived to be created 5.000 years ago from the African wild ass in Africa and the Middle East. They are one of the most useful animals that can carry heavy loads and used for ploughing mostly in poor countries. It is an ancestor of African wild ass that can be still seen in the wild but it is listed as critically endangered. It can grow upto 31 to 63 inches in height and weighs around 180 to 1.060 pounds. Initially, they are used to protect from coyotes and wolves. They are also used in bringing people from the mountains.

The pig is a domestic animal that is considered a subspecies of wild boar. It is belived that the species has been domesticated from 13.000 to 12.700 years BC in the Near East. There is evidence that pigs has been domesticated in China since 8.000 years ago. As of now, there are 500 types of pigs available in the wild and approximately 2 billion pigs are living around the world today. They are useful to humans as a source of meat, skin, bristles and bones. There are miniature types of pigs that are kept t as pets. It can reach upto 35 to 71 inches in length and weighs approximately 110 to 770 pounds. The varage lifespan of species is 6 to 10 years in the wild.

Elephants are the largest mammal on planet Earth and also one of the most useful and best animals to mankind. As of now, there are three living species of elephant are known that is Indian, savannah and forest elephants. They are helpful in maintaining the biodiversity of the ecosystem and they are useful to mankind in the form of labour and transportation. There are certain species of elephants that are threatened because of the ivory trade and habitat loss. It is belived that the Asian elephants are useful since the Indus Valley civilization of the 3rd millennium BC. Elephants are also helpful in distributing the seeds of trees. The primary use of tusk of elephants is in toilet bowl scrubbers and shampoo.

Camels are one of the unique and useful animals that start with a letter c. They are known for their humps and mostly seen in the areas of Africa and Asia. As of now, two types of camels are known Dromedary one having one hump and the other one is Bactrian that has two humps. Both types of camels can be domesticated, howvever, the wild Bactrian camel is on the edge of extinction. It can grow upto 7 feet in height and weighs up to 1500 pounds. Camels can carry heavy loads up to 300 kilometres a day. The milk produced from camels is a rich source of iron, minerals and vitamins. It can run at the speed of 40 miles per hour.

The goat is also one of the most useful animals that belong to the family Bovidae. It is considered as a descendant of a wild goat known as Bezoar ibex mostly seen in the regions of southwest Asia and Eastern Europe. The species is useful as a source of meat, milk and skin for atleast 9.000 years. As of now, 300 breeds of goats are known to humans and approximately 924 million goats are living across the globe. It can reach upto 16 to 42 inches in height and weighs approximately 20 to 250 pounds. The cashmere goats are the ones who can produce the best fibre and it is also one of the best wool in the world. The skin of goats is also used to create boots, gloves and list go on. The meat of the goat is known as chevon and it is very much familiar with the lamb meat.