Every state has its own particular insurance laws and regulations, and they aren’t always as straightforward as we might like. You may have heard the term “no-fault insurance” before, but you may not know exactly what it means — so here’s an explanation on Utah’s no-fault insurance rules, and what they mean for you.

What Is No-Fault Auto Insurance?

No-fault insurance is a type of insurance that’s mandatory in 12 states, including Utah. No-fault insurance refers to a policy in which the driver’s insurer covers medical bills, lost income, or other costs related to the injury.

No-fault benefits are paid no matter who is at fault in an injury accident. No-fault rules also limit the amount drivers can sue for things like pain and suffering when another driver is at fault. This means if you’re in an accident and you have no-fault insurance, you won’t have to file a claim with the other insurer — your insurer will take care of your injury-related expenses.

So what’s the difference between this and an at-fault insurance system? In the (more traditional) at-fault insurance model, drivers carry liability insurance in order to protect themselves against having to pay damages and medical bills after an accident. The implication is that if the driver is found liable for the damage, the insurance company will be responsible for paying the damages.

This means an investigation will follow an accident, wherein the insurance investigators attempt to determine who is liable for the damages — for example, if they showed negligence, broke the law, etc. This also means one of the major differences between no-fault and at-fault insurance is that no-fault claims get processed faster, because there is no need to prove liability, and thus no need for an investigation.

Now let’s break down the numbers and see what no-fault insurance rules mean for your insurance premiums.

According to Ross Martin at The Zebra, the state minimums required by law in Utah are:

PIP is a type of coverage mandatory for Utah drivers, as well as out-of-state drivers who have operated a vehicle in the state of Utah for 90 of the last 365 days. They must have this coverage if the vehicle remains in Utah, even if the driver is not.

So how much will that cost you? The answer depends on a lot of factors. Utah drivers pay 9% less than the national average in car insurance premiums, about $1,386 per year. However, that can vary quite a bit depending on the city where you live and the insurance company you do business with.

For example, the best cheap car insurance in Utah by company rating (according to The Zebra) is USAA at $311 per year. But if you happen to have bad credit, GEICO is the least expensive option in Utah. And if you have an at-fault accident in Utah, your premiums will rise quite a bit — as much as $2,000 a year or more.

In which cases does the insurance company pay out the compensation?

When we think of insurance and damage compensation, the first thing that comes to mind is compensation for damage caused to the vehicle or possibly for physical injuries caused during an accident. However, there are several other categories that are subject to insurance.

We are talking about non-material damages that include minor and serious injuries, suffered fear, impairment of the ability to live, mental pain due to particularly severe injuries, and deaths of close relatives.

In contrast to material damages, for the successful collection of non-material damages, which includes the fear suffered in a traffic accident, the reporting deadlines are much shorter and it is expected to be reported within 48 hours at the latest in order to make a real assessment of the damage.

Suing an At-Fault Driver in Utah

So we’ve established that in an at-fault state, your insurance will cover certain expenses. But does that mean you’re out of luck if you want to sue the at-fault driver for further expenses, such as ongoing medical bills? Not necessarily – within certain thresholds, you can still sue the other driver for additional damages.

In order to sue for further liability in Utah, the injured driver or passenger must have incurred at least $3,000 in medical bills, and/or suffered serious injuries. Under Utah laws, these thresholds are permanent disability or impairment, permanent disfigurement, or dismemberment.

If you have suffered one or more of these injuries, you’re entitled to pursue a further claim against the at-fault driver and can pursue damages for pain and suffering and other non-economic damages.

Even with no-fault insurance, there are some other optional coverages you might consider getting, such as:

Collision coverage, which isn’t mandatory for most vehicles, is required for leased or financed cars. Collision coverage will pay for any damages to your vehicle in terms of replacement or repair, regardless of who is at fault.

Comprehension coverage is coverage for damages that aren’t caused by a collision. This could include severe weather events, fire, vandalism, theft, and more. Most states consider this optional, though financed or leased cars may be required.

Uninsured/underinsured motorist protection covers you in case you are in an accident with an uninsured driver — or a driver with insufficient insurance to cover the damages and medical expenses. This is required in less than half the states in the US but is a generally inexpensive option to add to your insurance policy.

In any case, insurance is one of those investments that you go into hoping that you will never need it, but if an accident does happen, you will be grateful.

In essence, if you are the direct culprit in the accident, the insurance will save you from large costs for the damage you caused to yourself or another road user. If you are not at fault, you will still be able to charge for the damage to the vehicle, as well as for the fear you suffered or the physical injuries you caused.

In such cases, many hire lawyers in order to make the whole procedure go faster and to save themselves additional work. The advantage of hiring a lawyer when claiming compensation for injury insurance is that they have much more legal knowledge than the agencies for the collection of such damages, which often leaves clients in the lurch when they cannot collect quick money in a peaceful process and do not want to conduct court proceedings at all. , while on the other hand, they are very aggressive when acquiring clients, often harassing them over the phone or even in more serious cases visiting hospitals in person and disturbing their peace.

5 Important Things to Consider When Buying a Townhouse 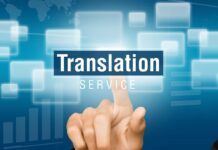 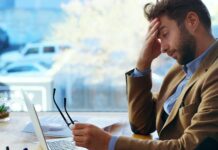 Can You Be Fired From Work For A DUI Charge?