Flight delays and cancellations are the worst nightmares for a traveler. A flight delay can upset the entire traveling plan. Most people miss connecting flights and eventually miss the main event that they were traveling for in case of a long flight delay. Unfortunately, problems with flight timings and cancellations have become a major concern even in the biggest airports of the world.

What To Do In Case OF Flight Delay

Flight-related problems can be a major spoiler, but there are some ways to avoid major hassles. One option for travelers is to take a meet-and-greet service. In case you have taken such a service, the professionals will help you with the regular security checks, paperwork, etc., in the airport. Thus, when you land at a new airport, there will be people to receive you and help you through the passport verification and the security check.

This article gives a list of the most affected airports in terms of delays and cancellations. If you are traveling to one of these airports, it is a good idea to make preemptive plans to minimize the hassle.

Some Airports That Have Serious Issues Like Frequent Flights Delays

The Pearson International Airport In Toronto

This airport in Toronto has had the worst record of delays and flight cancellations. In fact, the worst part is that the airport authorities do not have the manforce or the infrastructure to accommodate the huge footfall of travelers.

When a flight is delayed, the airport authorities are supposed to arrange for food and lodging for travelers. In the case of the Toronto Pearson airport, the travelers were often not given proper rooms for the time that they had to spend in the airport. In fact, women and children were also just provided mattresses to spend the night in the airports. The situation was so bad that almost seven thousand dissatisfied people lodged a complaint with the Federal transportation agency of Canada.

The airport authorities claim that the delays were due to a combination of factors like the lack of regular staff and excessive demand in the post-Covid festive season. Most of the staff that do the baggage checks work on a contractual basis. Since they are not permanent employees, they can be laid off easily when there is a fall in demand. During the pandemic-induced lockdown, there was a sharp fall in demand, and hence most airports laid off their contractual staff to cut costs.

However, when the lockdown was lifted, the demand for flights surged, but the airports were unprepared due to the lack of staff. Most of the staff who had been fired had joined other jobs. In fact, in many cases, they are more satisfied with their new jobs.

Most contractual workers think that they will get paid better if they work in retail outlets. Also, the working conditions are much better than working in airports where they have clear ice on a cold winter day or work for ten hours at night.

At Pearson airport, more than fifty percent of flights departed more than fifteen minutes behind the scheduled time. Many people have raised doubts about the Government’s ability to handle the crisis. The Government, on the other hand, claims that the crisis in Canada is more acute as the country went for a complete halt of services during the Covid months.

However, the situation is getting better with time, and the airport is on a recruitment spree to hire more screening and baggage checking staff at the earliest.

The Gatwick Airport In The United Kingdom

This airport in the United Kingdom has had passengers sitting in waiting rooms for long hours for many months now. Many passengers have taken to their social media handles to complain about the crisis at the airport. The authorities claim that the problem is caused mainly by staff shortage at the airport.

The authorities have restricted the number of planes that arrive and depart from Gatwick. However, this move has caused great inconvenience to people who would use this airport for boarding connecting flights. In many cases, the delay is more than three and a half hours long, and this has jeopardized the traveling schedules of many people.

The staff shortage has been aggravated by the fact that the demand has been on a continuous rise. The demand has risen due to the reopening of schools which has compelled families to travel back home.

Lufthansa, the major carrier in Germany, had canceled many of its flights at the Berlin international airport. The problem in Berlin was caused by the worker’s union strike. The workers for a long time have been demanding a wage hike. However, the airport authorities and worker’s unions could not come to terms with each other, and this has resulted in a stalemate.

Over a period of time, more than a thousand planes have either been delayed or have been canceled altogether. This has affected several thousand passengers from all over the world who were traveling in and around Berlin.

In many cases of flight delays and cancellations, federal agencies have ordered the airports to pay compensation to passengers. If the passenger can show evidence that his travel plans have been disrupted due to the incompetence of the airport authorities, then they can file for compensation. However, most passengers are keener on reaching their destination at the right time rather than receiving compensation when the damage has already been done.

The major cause behind the poor service at the airport seems to be the unpreparedness of the airport management. The management was quick to lay off workers to make up for losses during the pandemic season. They did not think of the long term situation when the lockdown would get lifted. The major problem after the pandemic was a sudden spurt of demand. If the airport authorities had gradually started the operations, the challenge would not be so huge. However, most countries are back in action, and things will get better soon. 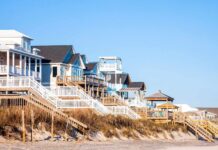 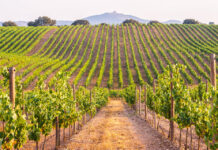 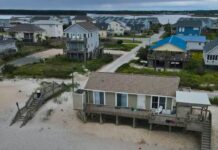 Is Topsail Island Worth Visiting? 3 Reasons To Love It